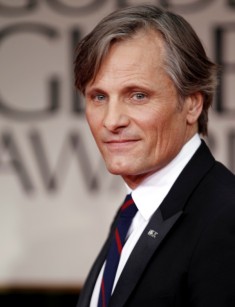 Viggo Mortensen is a Danish actor, who has gained world recognition due to the role of Aragorn in the popular fantasy trilogy The Lord of the Rings directed by Peter Jackson.

The adventure western under the title Hidalgo, the crime drama A History of Violence, the extremely gripping movie Eastern Promises and psychological drama A Dangerous Method directed by David Cronenberg, the post-apocalyptic drama The Road, a tragicomedy road movie Captain Fantastic became other memorable and bright projects with the participation of Viggo Mortensen.

Viggo Mortensen has been twice nominated for Academic Awards and the prize of BFI Film Academy and three times for Golden Globe Awards. Besides, for the merits in the field of art, the Queen Margrethe II of Denmark awarded the actor with the honorable Order of the Dannebrog.

Viggo Peter Mortensen Jr. – this is a full name of the actor – was born in October of 1958 in New York. The path of the actor to popularity was long and difficult, but it has led him to the desired results.

Viggo grew up in the multinational family. Except him, two more brothers grew up in the family. His mother Grace Atkinson was English, and his father Viggo Peter was Danish. The grandparents of his mother had a British and Scottish background. Viggo’s parents got acquainted in Norway and got married and then repeatedly moved to different places of residence. At first, they settled in South America where Viggo spent his first years. Then they relocated to Denmark where they were living for a couple of years. Later when Viggo’s mother gave birth to two more boys, his family relocated to s Argentina. Even there the Mortensens moved to different provinces.

Frequent relocations and multinational family helped Viggo Mortensen to master a couple of foreign languages and to become a real polyglot. The actor has a good command of English, Danish, and Spanish, and also speaks French, Swedish and Norwegian languages.

In 1976 his parents divorced. The boys together with his mother moved to New York. Here Viggo has completed his studies at school. The actor received the education at St.Lawrence's University where Viggo got the Bachelor’s degree in Spanish Studies and Politics.

During some time after receiving the diploma, Mortensen was looking for his place in the sun. Viggo was living in Spain and Denmark. He was working as a truck driver and a salesman of flowers. But in 1982 he finally decided that he would become an actor. With this aim, he returned to the U.S.

Mortensen had his debut in cinematography when he turned twenty-six years. He received his first episodic role in the drama Witness. But already in the middle of nineties, he appeared in the secondary characters of the series Carlito's Way, Indian Runner, The Prophecy and A Perfect Murder. In these movies, Viggo Mortensen has demonstrated his improved acting skills what has been noticed by the Hollywood directors.

The second part of 1990 was marked by romanticism: the actor took part in the melodramas in the image of the lover. As it turned out in a short time, this image has opened Viggo Mortensen to many directors. G.I. Jane featuring Demi Moore and The Portrait of a Lady with Nicole Kidman became those steps which helped the actor to begin his quick way to the true recognition and popularity. The remakes of the cult Alfred Hitchcock’s pictures Psychosis and A Perfect Murder have grounded Mortensen in the image of the new Hollywood star.

Viggo has presented his talent from all sides in the fantastic and extremely popular project The Lord of the Rings. The picture has become the screen adaptation of the book which is considered to be the real icon of the roleplayers and geeks all over the world, - the novel The Lord of the Rings written by John Ronald Reuel Tolkien.

Viggo Mortensen has performed a role of the pathfinder Aragorn who falls in love with the elvish princess. Together with other characters, Aragorn unites in the Fellowship of the Ring which aim is to damage a magic Ring of Absolute Power which was created to subdue and enslave the people of the Middle-earth.

At the same time, Mortensen's character has his subject line connected with the succession to the crown and search of the real governor of Gondor kingdom.

The role of Aragorn was really great. He has gained such popularity that Mortensen had to address his fans from the TV screens to apologize that he couldn’t answer all of their letters. It’s noteworthy that in The Lord of the Rings Viggo Mortensen has realized all the risky tricks himself and got some traumas.

Viggo Mortensen hasn't received any personal awards for these three movies, but in all the parts of the trilogy, the actors of The Lord of the Rings have been considered the best cast of the year in the feature movie by the movie critics.

The new wave of popularity of the actor was caused by his cooperation with the popular Hollywood director David Cronenberg. The movie critics have highly appreciated the movie A History of Violence. But the actor has become really famous after the next project under the title Eastern Promises.

The movie was premiered in 2007. The fans of Viggo Mortensen’s talent and movie critics unanimously announced that the role of the Russian bandit performed by the actor was his most convincing and remarkable role. The actor had to prepare for this role thoroughly and during a long time to express such authenticity.

To get into the role the best way possible Mortensen even visited Russia and remained anonymous living in St. Petersburg, Moscow and Yekaterinburg for two months. Moreover, the actor has communicated with the former Russian prisoner, has learned some slang expressions and also took Russian language lessons at the teacher from Princeton University - Stanislav Shvabrin who also had a Russian background.

The Hollywood actor received prestigious Golden Globe Awards after the release of the biopic A Dangerous Method based on the biographies of the well-known psychoanalysts. In this movie, the actor got the role of Sigmund Freud. Michael Fassbender performed the role of Carl Jung.

Except for cinematography, Viggo has founded the publishing house. He writes and edits his novels and verses. Moreover, he is fond of photography, and he is a great singer (he has recorded three albums). And also Mortensen is quite a good artist. The spectators could see his artworks in the movie A Perfect Murder in which the actor had to embody the artist.

The Hollywood star was officially married only once. His love for music has pulled him together with the composer and the singer Exene Cervenka. They registered their relationship in 1987 formally. A year later their son Henry was born. But in 1997 when the boy turned ten, Exene and Viggo separated.

Viggo Mortensen’s private life improved in 2006 when the actor met his colleague Ariadna Gil on the movie set of the picture Alatriste. Since then they have been together though they aren’t married.

In 2016 Viggo Mortensen played the main role in the tragicomedy Captain Fantastic. The film tells about the couple which got disappointed in capitalistic America. They live in the wood and lead household with their own efforts and resources. The ultraradicals decide to educate their six children on their own, paying particular attention to languages and sciences, as well as to survival skills.

Ben Cash, the character of Viggo Mortensen, remained a single father with six children after his wife was hospitalized with bipolar disorder, and she committed suicide in the hospital. Ben learns about the death of his wife and also about the fact that her father wants to bury her despite her Buddhist beliefs and the will with the demand to cremate her body. As a result, Ben also goes to the funeral ceremony.

The movie was premiered at Sundance Film Festival of independent cinematography. Also, the picture Captain Fantastic was displayed at Cannes Film Festival of 2016 where the movie received the award for Best Direction. Viggo Mortensen received Satellite Awards for the leading role and was also nominated for prestigious Golden Globe, BAFTA, and Academic Awards.

In March of 2018, Mortensen got the prize of La Sociedad Geográfica Española 2017 in Madrid for his book "Children of the Wood" published by the actor's Perceval Press editorial. 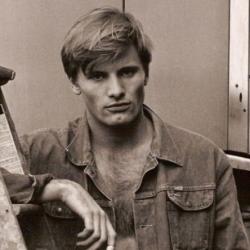