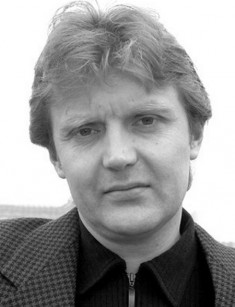 Former officer Alexander Litvinenko, who was promoted to the rank of lieutenant-colonel of the FSB, began to criticize the Russian authorities. The opponent was fired and accused of a number of crimes. As a result, Litvinenko was forced to flee to the UK. The biography and circumstances of his death still attract interest.

Alexander Valterovich Litvinenko was born on December 4, 1962, in the city of Voronezh. His mother Nina Pavlovna was an accountant, and father Walter Alexandrovich was a captain of internal troops.

When the boy was two years old, parents decided to divorce. Alexander stayed with his mother. They moved to the city of Nalchik to improve Sasha's health. His grandfather and grandmother lived there too.

At the age of 18, Litvinenko went to the military. After service, he became a student of the Interior Ministry higher military college in the city of Ordzhonikidze. Upon graduation, the man served in the military escort.

When Alexander Litvinenko was 24 years old, he joined the KGB, where he took up weapons embezzlement issues. Two years later, the man graduated from the Military Counter Intelligence School. In the same period, Alexander began to serve in the counterintelligence until.

He was promoted to the Central Staff of the Federal Counterintelligence Service in 1991, specializing in counter-terrorist activities and infiltration of organized crime. In 1997, Litvinenko was transferred to the post of deputy head of the Department for the Investigation and Prevention of Organized Crime (URPO).

In 1998, during a press conference, he and a group of colleagues reported that they got an order to kill the deputy secretary of the Security Council of the Russian Federation, Boris Berezovsky. Putin became outraged at these actions. At that time, he was the head of the FSB. This act later ended the employees’ careers.

In 1999, Alexander Litvinenko was arrested and sent to the FSB remand prison. Later, the court acquitted the man, but he was re-arrested on the second charge. Nevertheless, in 2000 the charges were again dismissed because of the absence of the event of a crime.

A little later, they had a new file on him, but this time Litvinenko was released after signing an acknowledgment of travel restrictions. After that, the man fled the country for security reasons. Thus, they instituted criminal proceedings against him for the fourth time. In 2001 Great Britain granted the ex-Chekist political asylum.

Litvinenko stressed that according to his duties he could not reveal state secrets of Russia. In London, the former officer received a benefit from the International Foundation for Civil Liberties and got fees from the trade between Russian and British partners. In 2002, the Russian court judged him by default with 3,5 years of suspended sentence.

The man had numerous interviews and wrote articles, accusing the Russian regime of criminal activities.

The former officer was married twice. The first wife was Natalya. He knew her since childhood. When Alexander lived in the town of Fryazino, he was friends with the girl's cousin, so he often went to their house. But the friendship ended when Litvinenko had to leave for Nalchik.

Young people got married when Natalia was 19, and Alexander was 20 years old. At that time, he studied at school. The marriage lasted little more than 10 years. During this period the family traveled a lot around the country, they lived in Novosibirsk, Tver, and Novomoskovsk. Litvinenko had two children: Sofia and Alexander in this marriage.

In the early 1990's transfer to the Lubyanka became fatal for the family. The first task required the constant presence of the Chislovy family in their apartment because criminals blackmailed them. It was the Chislovy who introduced Alexander to his second wife, Marina. Litvinenko left the family when his daughter was not yet two years old, and his son was barely six years old. However, the former spouse did not speak about Alexander badly, calling his death a terrible tragedy.

Alexander and Marina had a son, Anatoly, in the second marriage. Later, he graduated from the School of Slavonic and East European Studies of the University College. The choice of the institution was a tribute to the memory of his father, who died in the intensive care unit of the college. In an interview of 2015, he noted that his father tried to make Russia better.

November 2006 was the last for the ex-employee of the special services. He was poisoned with radioactive poison. According to the opinion of the investigation, deliberate poisoning occurred at the Millennium Hotel during the meeting with former colleague Andrei Lugovoy and businessman Dmitry Kovtun.

After the poisoning, Litvinenko's condition worsened. Despite toxicologists’ attempts to cope with the disease, it continued to deteriorate. On November 23, 2006, Alexander Litvinenko died, he was buried at the London Highgate Cemetery.

As a result of the autopsy, it became clear that death was due to poisoning with a radioactive polonium-210. Then the police searched for polonium traces throughout London. They were found in three places: the Millennium Hotel, the Abracadabra Club, and the Emirates Stadium, where Lugovoy watched the match between London Arsenal and Russian CSKA.

The investigation found that on the day of poisoning Litvinenko also had a meeting with Mario Scaramella, a security specialist. According to Mario, he handed to Alexander documents about the assassination of Anna Politkovskaya at the meeting.

Polonium traces were found in two planes of Heathrow Airport, as well as in an apartment in Hamburg, used by Dmitry Kovtun. Approximately 700 people were checked for radioactive poisoning, but no serious signs were found.

Before his death, the former FSB colonel converted to Islam and sais to bury him in accordance with Muslim rites. According to Berezovsky, this decision was a specific expression of solidarity with the Chechen people. This is similar to the fact that during the war people of other faiths and nationalities wore a bandage with a six-pointed star in protest against the Nazis.

During his last days, Alexander Litvinenko dictated a statement, where he declared the Russian authorities guilty of his death and called Vladimir Putin a "ruthless barbarian." The man also wrote a will and asked Marina Litvinenko to take his photo.

There was an international scandal around this tragedy that aggravated relations between Moscow and London. The opposition and representatives of the West accused the Russian leader of elimination of the officer who had violated the oath. Putin only expressed regret that personal tragedy served as the source of political provocations. Britain believed that Litvinenko was killed, but Russia refused to extradite people who were suspected of a crime. They denied involvement in the murder.

In April 2018, the Hamburg prosecutor's office determined that polonium "was in London before Lugovoy and Kovtun arrived there." The adviser to the Prosecutor General of Russia stated:

Earlier, the UK investigation claimed that Litvinenko's poisoning was ordered by the Russian authorities. Moscow, in turn, denied the charge, while noting the political nature of the investigation. 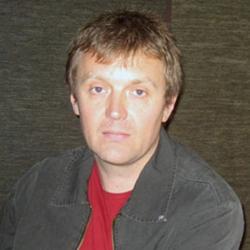