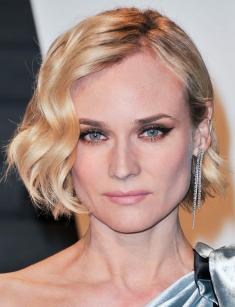 German actress and beautiful model Diane Kruger has refuted an assertion that German women are unattractive. The goal-oriented girl dreamed of becoming a ballerina in childhood, but by some quirk of fate, a new star appeared in the cinema firmament.

One of the most in-demand actresses, Diane Kruger, was born on July 15, 1976, in Algermissen, Lower Saxony, Germany, in the family of a bank employee and a computer specialist. Diane is the first, but not the only child. A few years later, her brother Stefan was born. Throughout her life, the younger brother has protected and taken care of his sister.

There is little information about her parents. Mother Maria-Theresa Heidkrüger worked as an ordinary bank clerk, and father Hans-Heinrich Heidkrüger developed software for computers.

Little Diane was a curious child. She had a wide range of interests such as learning foreign languages, reciting poems, and drawing. However, the main hobby was dancing. When she was two years old, the mother enrolled her in a dance school. Later, Diane chose a ballet. The teachers predicted her a great future. But in 1989, at one of the performances, the girl had a severe knee injury, and dancing was out of the question.

The same year, Kruger endured the divorce of her parents. The press did not cover this event. The father of the actress was an avid alcoholic. He could disappear for weeks. After the indifferent father left the family, they faced financial difficulties. Despite her young age, Diane took any job. She delivered mail, worked at a local pizzeria, and even mastered the profession of “funeral wailer." She was paid five marks for the work. The girl followed the coffin with a candle in her hands during the funeral procession.

In 1991, Diane won the Elite Model Look contest. This event was the starting point of her modeling career. The girl did not want people to see her only as a model. The ambitious blonde dreamed of more.

In 1997, Kruger participated in the auditions for the film The Fifth Element. She did not get the role, but Luc Besson saw Diane’s potential and advised her to shorten the hard-to-pronounce surname, improve acting skills, and devote her time to an acting career. On the advice of the film master, the model settled in Paris and plunged in the studying of acting skills.

The actress made her debut in 2002 when the movie The Piano Player was released. However, Kruger made a name for herself in 2004, starring in the thriller Wicker Park. The participation in this film made the girl confident, and she outperformed 3,000 candidates for a role in the movie Troy easily and got the leading role.

National Treasure also became a successful film of that year. This movie is considered a turning point of the actress’s career. According to critics, Diane managed to outperform the eminent colleague, Nicolas Cage.

The film Frankie (2005) provided Kruger the opportunity to work not only as an actress but also as a producer. Besides, the young woman attended a specialized institution and observed patients for three weeks to get into the role better.

The same year, the actress played the role of the opera soloist in the film Joyeux Noël.

In 2009, Kruger starred in the cult film Mr. Nobody and got a role in the movie Inglourious Basterds.

Despite the impressive filmography, Diane did not play the leading role yet.

Despite Kruger’s incredible diligence, her main tool is beautiful appearance. The height of 170 cm does not prevent Diane from looking slim and graceful on the screen and in real life. The actress’s secret is not exhausting diets, but a genetic basis for thinness. It is known that the German woman has not weighed more than 50 kg. Although for a role in the world famous epic Troy the girl had an unequal fight with nature and gained 8 kg in a while.

Throughout her career, the media repeatedly wrote about the beautiful lady’s love affairs with her colleagues. But the paparazzi did not have any compromising photos, so there were only gossips until 1999 when the model began dating French director Guillaume Canet. Feelings washed over Diane, and the actress decided that she had found her soul mate.

Their relationships developed rapidly, and in September 2001, the couple married. The family happiness did not last long because the overwhelming feelings began to fade quickly. Due to their tight schedule, Guillaume and Diane regularly traveled.

They did not have time for date nights and family weekends. However, only Kruger dreamed about it. In 2003, during the filming of the movie with the prophetic title Love Me If You Dare, there were rumors about Canet and Marion Cotillard’s love affair. Kruger turned a blind eye to everything including photos, video cuts, gossip of friends, and tried to convince herself that nothing threatened the marriage. Distance can chill the relationships, but not destroy them. The illusion of family life lasted until 2006. After the divorce, the former spouses managed to maintain friendly relations.

It is known that new love is the best medicine. Six months after the divorce, Kruger decided to go out on a date with actor Joshua Jackson. The woman did not plan to start a serious relationship, and she even did not think about a short love affair. On the first date, the man talked too much and was extremely nervous. Moreover, Diane had an allergy, and she barely saw and heard him. The disappointed blonde woman wanted to finish this “show” as quickly as possible and say goodbye to the unhappy young man. But suddenly, Jackson offered the actress to run away from the restaurant. As soon as the allergic reaction had gone, Diane understood that Joshua was not so hopeless. It turned out that distance is not an obstacle for real feelings.

Unlike the ex-husband, it was not a problem for Jackson to send his beloved woman a bouquet, give up everything and fly to another continent to be with his girlfriend for 2-3 hours. The beautiful blonde woman did not plan to marry again and did not want to have children, but Jackson was satisfied with it. The star couple was happy until 2015. At that time Diane was offered a leading role in the film Sky, where her partner was the notorious actor, Norman Reedus. The events on the set and offstage were similar to those that happened 20 years ago. However, this time, it was Kruger who had a love affair.

However, Diane even outperformed her ex-husband. The fact is that Jackson also starred in this film. We can only guess why he did not notice the obvious thing. Reedus and Kruger tried to hide the relationship. But it was impossible in the information age. Instagram was full of photos because the paparazzi took pictures of the couple in cozy bars, picturesque parks, noisy streets of the megalopolis.

In the summer of 2016, Diane Kruger and Joshua Jackson officially broke up. Their relationship lasted ten years.

The private life of the woman is now happy. Although Reedus and Kruger did not officially declare themselves a couple, in April of this year, the paparazzi took pictures of them kissing passionately in the streets of New York City. Fans hope that the couple will marry.

It is clear from Diane's Instagram page that her life is full of exciting events. The actress often appears at different social events such as the opening of the Rendez-Vous festival in Rome, the Vanity Fair in Beverly Hills, Montblanc in New York, and a quiet stroll through the streets of Barcelona.

It is known that the 40-year-old actress has filmed in Tout nous sépare, which will be released in 2017. 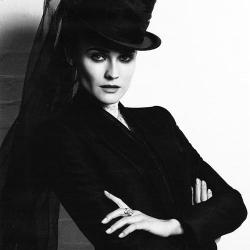