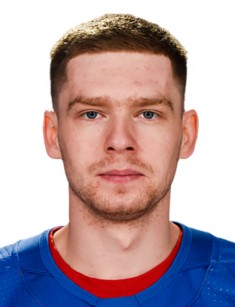 Since his youth, Evgeny Kuznetsov expected to have a brilliant sporting career. The young man has lived up to the hopes, achieving an incredible success in the game with the puck. A hockey player who conquered the ice arenas of Russia now wins with the American team Washington Capitals.

Since an early age, Evgeny Kuznetsov’s biography has been closely connected with sports. The boy was born in Chelyabinsk and he started skating at the age of 6. The father taught him the basic rules of hockey, soon the game captured the attention of little Zhenya, and he enrolled in the Sports School of the Olympic Reserve in hockey “Tractor.”

The Ice Hockey Stadium was 100 meters far from the Kuznetsov' house, so the boy literally disappeared inside its walls. The beginning hockey player showed diligence even then. Instead of the standard two-hour training, he skated for eight hours in a row. The training sometimes lasted until night.

Vladimir Shabunin, Evgeny’s first coach and the head of the team Traktor-1992, saw the talented boy at once. Besides natural abilities, the boy had persistence in achieving goals and a normal response to criticism. The coach admitted that it was a pleasure to work with such a student.

When Evgeny was 9 years old, the first officially participated in the tournament. The opponent was the team from Magnitogorsk, and Traktor defeated it with a score of 12: 2. Kuznetsov showed himself as an excellent sharpshooter in this game. Shabunin recalled that the man always "took" half of the scored goals.

The first coach not only taught him the basic skills. Vladimir Shabunin is an author of Kuznetsov’s nickname. Since his youth and until now the athlete is kindly called Kuzy. Fans chant this nickname even at matches, and the hockey player has the same nickname on Instagram.

In 2004, Alexander Shvarev became a new coach of a team of young hockey players. The man had already heard about the Ural talented player, but he still could not but be surprised at Zhenya's talent.

Soon Kuznetsov could not train with players of the same age as he outperformed them, and the young man began to play with older hockey players. The young man was accepted into the Tractor first team in 2009, and Evgeny immediately proved that they were right as he scored two goals in 35 matches.

Kuznetsov made his professional debut in the 2009–10 season. Moreover, the young man became the best player of Traktor. The hockey player was noticed in the capital and invited to the youth team. The first Championship with the participation of Kuznetsov was not successful for Russia. The team finished only sixth. Evgeny was very upset, he began to train with even more persistence.

The efforts were successful as the Russian athlete scored the game-winning goal at the World Junior Ice Hockey Championship in 2011 at the match of youth teams in the American city of Buffalo. The game turned out to be interesting and intriguing as the Russian team almost lost to Canada, but in the end, they ground out a victory with a score of 5:3.

The hockey player did his best in any position, whether he was a defenceman, center forward or winger. So, he became a coveted player for the world teams. In 2010, Washington Capitals, the NHL team, already chose Evgeny. Alexander Ovechkin congratulated the colleague with a bright achievement at the ceremony in Los Angeles.

The Ural talented player was officially invited by the USA team in 2014. He terminated the contract with Traktor and in the spring played for the Washington Capitals, which promised the Russian $ 900 thousand a year. In the next season, the contract was extended for two years with the sum of $ 6 million for the entire period.

When Kuznetsov cooperated with the NHL, the Washington Capitals won gold and two bronze medals at the World Championships. In the 2015/2016 season, Evgeny was named the team's best forward. The hockey player considers his idol famous Wayne Gretzky, the Canadian king of ice and goals. He dreams to beat the records of the legendary sportsman.

At the beginning of June 2011, Evgeny Kuznetsov’s lavish wedding took place at the Traktor Ice Arena. Young hockey player’s wife is Anastasia Zinovyeva. The wife also comes from a sports family. Her younger brothers were fond of hockey and trained in the same club where Zhenya did. The couple met there too.

The young people decided to marry two years after the meetings. Evgeny set himself the wedding date and the format of the ceremony. The couple initiated a series of sports weddings, which were celebrated on the ice arenas.

The young couple did not have housing problems because Chelyabinsk authorities handed Kuznetsov the apartment keys after the World Junior Ice Hockey Champion. Four years later, Evgeny became a father. His wife gave birth to a daughter. The parents gave her the beautiful name of Ecenia.

According to the athlete's page on Instagram, the family has love and understanding until now. The man writes warm words about his wife.

Since childhood, Evgeny Kuznetsov has been known for his sense of humor and jokes. Fans remember an incident at the KHL Championship when the teams Traktor and Ugra met. The hockey player turned into a spectator because of an injury. Nevertheless, he got into the lens of the video camera.

Seeing the idol, the fans gave him a warm welcome. When the camera was again pointed at the sportsman in anticipation of an answer, the fans started laughing because Kuznetsov held a sheet of paper with written "The garage for sale" and the telephone number.

In the summer of 2017, Washington Capitals extended the contract with Kuznetsov. Evgeny has remained in the USA team for another eight years, during this period he will earn $ 62,4 million.

In the new season, the Russian hockey player has continued to prove his skills. In March 2018, the young man won the title of the second star in the NHL after a match against the New York Rangers, where he scored the game-winning goal. A month later, the forward of the Washington Capitals beat his own the record of the season 2015/2016, scoring 77 points in 76 matches. For example, Ovechkin, the captain of the American team, has 83 points.

"Kuznetsov became a more mature player, he began to understand the game better. We have known that he would become a very strong player in the future, and we can now observe it." – Ovechkin said in an interview at the spring competition. 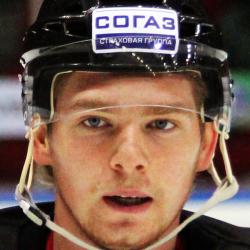