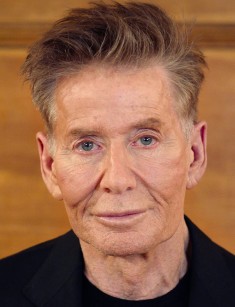 The American designer Calvin Klein has repeatedly excited the public with his non-standard decisions and ideas. The modeler has gained popularity due to the ingenious and inimitable advertising campaigns of the collections of his production.

Calvin Klein was born on the 19th of November, 1942, in the family of Jewish immigrants who lived in New York. Being a teenager, he began to express an interest in the job of the fashion designer and quite often drew outfits for men and women. After having received the leaving certificate of the secondary education, Calvin entered the New York High School of Art and Design. After he had finished it, he continued his education at Fashion Institute of Technology.

In mid-sixties Klein worked in the various New York studios. Here he also studied tailoring and designing. By the end of the 1960-s Klein was ready to found his own company. His friend Barry Schwartz provided the necessary capital ($10, 000), and in 1968 the Calvin Klein Ltd company was established. Schwartz was engaged in the business issues, and Klein was engaged in the design.

In the beginning, Schwartz and Klein's company produced the raincoats (at first they had only one seamstress), but later they began to release sport and casual clothes as well. So, from the beginning of 1970, the company already produced sport and casual outfits. The quick success of the brand was based on the fact that once the owner of the famous clothes shop visited Klein’s shop and at once made an order for $50,000.

Such inflow of resources has quickened the business’s development, and Calvin has quickly gained popularity as a fan of laconic clothes, with the tight, neat tailoring.

From the designer's biography, it's known that from the first years of success he used the money he earned and his position to his delight. Even when the advertising of his collections didn't cause group hysteria of the American moralists he was far from the model to be followed.

The modeler attended all the parties in the famous New York nightclub of the 70-s - Studio 54 where he was having fun all night long in the company of Andy Warhol, Bianca Jagger, and other bohemian personalities. The designer drank too much and had endless experiments with the drugs. He had a chaotic personal life. Later Klein would call these years mad.

Alongside with clothes and accessories (bags, scarfs, and belts), Calvin also developed the perfumery line. In 1980-s there was released an "Obsession" eau de toilette, then "Eternity," and a few months later there came out the fragrance "Escape." Moreover, Calvin Klein glasses appeared on the market, and in 1990-s the house textiles became available for sale.

In 1992 the modeler shook the American principles again when he released the underwear collection. On the new posters of Klein brand there appeared half-naked beginning model Kate Moss sitting and embracing the rapper Marky Mark (the future Hollywood celebrity Mark Wahlberg).

The youth positively reacted to Klein's idea, and the elder generation hurried to accuse Calvin of the use of the underage models in the shootings which were close to the pornography.

However, here moralists were no right. At the time of the shootings, Kate Moss was already 18 years old. Therefore, there wasn’t about sexual exploitation of the underage model, but the public wasn't concerned about it anymore. In August of 1995, Klein's advertising posters and videos were prohibited to be shown.

In 1993 Calvin received an award from The Council of Fashion Designers of America, both in the nominations of men’s and women's clothes. The same year 1993 the fashion designer received America's Best Designer award and released the first-ever unisex fragrance — "CK One." However, in 1990 Klein began to leave the business step by step and already designed not all clothes which were sold under his name.

In 2003 there was concluded a deal on the sale of Calvin Klein group of brands to the American company PVH (Phillips-Van Heusen Corporation). The collections of Calvin Klein clothes, without regard to the release year, had simple, laconic design with neat and strict lines. The people aged up to thirty years are the leading brand's target audience, but many outfits will fit people who are senior.

The selection includes not only clothes but accessories, footwear, underwear, perfume as well ("Euphoria" is the most demanded fragrance). If desired you can dress from top to bottom in Calvin Klein shops. At present, many Hollywood stars wear Calvin Klein brand, among them: Julia Roberts, Sandra Bullock, Helen Hunt, Gwyneth Paltrow.

Calvin Klein had been on both sides of the barricades: he had long relationships both with women and with men. For the first time, the well-known designer married in 1964. Then the girl called Jayne Centre became the beloved woman of the trendsetter.

When the modeler got married, his bohemian way of life couldn't but influence his relations with the wife. However, it’s worth admitting that a regular party-goer took all possible efforts to be a good father for his daughter Marci, but as a result, his habits have won. In ten years after their marriage, the couple divorced. At present Calvin Klein's daughter occupies the position of the producer in the show Saturday Night Live.

In 1986 the fashion designer married for the second time, but the haters didn't stop and admitted that the fashion designer just wanted to conceal his homosexuality. Kelly Rector, his assistant, became the second wife of the designer. At that time Calvin’s personal life seemed perfect. His mad years came to an end, and after the treatment course at the specialized clinic, he recovered from his drug addiction.

Klein settled in the new mansion, on the coast with his young spouse Kelly Rector. He changed his bad habits for swimming and jogging on the beach. In spite of such an ideal atmosphere in the relationship after the 20th anniversary of the marriage the fashion designer separated from his wife.

According to the information of the western media, at present Calvin isn't single. He has romantic relations with the model Kevin Baker. The young man is considered to be the primary designer's muse for a couple of years. He repeatedly appeared at the secular events together with Klein. Also, the paparazzi often took photos of the couple during their joint pastime. These photos became the reason for the appearing of the hearsays about their love affair.

In 2003 Calvin sold his firm which was engaged in the production of underwear, shoes, clocks, shirts, and perfumes to Phillips-Van Heusen Corporation company.

At the beginning of August of 2016 the designer, Raf Simons occupied the position of the creative director of Calvin Klein and demonstrated its first collections to the fashion lovers. Calvin Klein fashion parade fall-winter 2017/2018 was called the ode to America by the critics: the collection was eclectic as a mosaic.

By the words of the eminent modeler, this collection reflects different epochs, various styles, and images. In such a way, the vinyl raincoats and dresses reminded about the pop-art and Andy Warhol; jeans combinations were a kind of a curtsey towards the founder of Calvin Klein, cowboy's boots and the USA flag was a tribute to the American culture.

It’s noteworthy that the collection has turned out to be very universal. Men’s outfits alternated with women's images and at the same time, the clothes were almost identical. Tops, even coats, oversized pantsuits, skin and denim outfits were appreciated by the audience which was present at the fashion display.

Till the present time, you can order Calvin Klein production on the company’s official website. Also, this brand's clothes are represented in catalogs of many online shops.

For 2017 Klein is included in the list of Top-25 wealthiest people of Hollywood. It’s known that besides the designer whose profit reaches $700 million a year, this list includes Liam Neeson, Ben Affleck, Melissa McCarthy, Hugh Jackman and Will Smith. 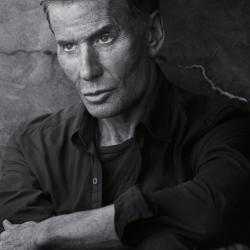