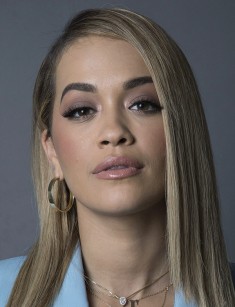 Rita Ora is the favorite of designer Karl Lagerfeld, a talented and successful British singer and model, whose singles have repeatedly topped the European charts. At different times, she had the opportunity to work with such famous brands as Adidas, Rimmel, and DKNY.

Rita Ora was born on November 26, 1990, in the city of Pristina, Yugoslavia. The singer was named after Rita Hayworth, the favorite Hollywood movie star of her grandfather who was also a director. When Rita was one year old, the family of the future artist moved to the UK because of military conflicts in Yugoslavia. Ora's mother is a psychiatrist, and the father is a pub owner. There are three children in their family. Rita’s elder sister is Elena, and the younger brother is Don. She spent her childhood in London.

After graduation from high school, Rita entered Sylvia Young Theatre School (the performer attended acting, singing and dance classes for a couple of years there) and later, she studied at college. Since childhood, Rita has had creative skills. When she was a teenager, the girl loved singing, and often performed on the stage at her father's pub.

In 2007, the artist participated in the recording of Craig David's single "Awkward," and, in 2008, she appeared on the song "Where's Your Love," featuring Tinchy Stryder. The singer also appeared in the music video for this song.

In 2009, she auditioned for Eurovision: Your Country Needs You on BBC One, and the vocalist's manager, who previously worked with such performers as Jessie J, Ellie Goulding and Conor Maynard, got in touch with the American label, Roc Nation, and told them about the singer.

He invited Ora to come to New York, where the singer met the head of Roc Nation, the famous rapper, Jay-Z, who after the conversation offered Rita cooperation. At that time, Jay-Z was promoting Rihanna and Beyoncé, so people found out about Ora only a few years later.

Besides musical creativity, the singer is engaged in the modeling business, filming and creates her fashion brand. On March 23, 2013, she was a special guest at the Bal de la Rose, an event in Monte Carlo organized by Karl Lagerfeld as a charitable event for the Princess Grace Foundation.

In the summer of 2014, Ora signed a contract with Adidas Originals, which resulted in a limited collection of Adidas Originals by Rita Ora. The singer also worked with such brands as DKNY and Rimmel. In May 2014, beautiful Rita became the face of Roberto Cavalli. She appeared in the image of Marilyn Monroe in the photos of the Autumn/Winter campaign.

The rising star released the video for the first hit song “Hot Hot Now,” featuring the British musician DJ Fresh, in December 2011. It was a huge success, having more than 50 million views on Youtube. In February 2012, the single topped the UK Singles Chart.

Rita visited New York's Z100 radio station alongside Jay-Z to premiere the debut solo track "How We Do" in April 2012. She recorded her first studio album for two years, and it featured such performers as American musician William Adams (will.i.am), the band Chase & Status, singer Ester Dean and rappers Drake and Kanye West.

As a result, in 2012 Rita was nominated for the MTV Europe Music Awards for Best UK/Ireland Act, Best New Artist, and Push Artist. At that time, it was also announced that the actress would be the opening act on the UK concerts from Usher's Euphoria Tour set to start in January 2013. However, the tour was postponed due to the singer’s personal commitments.

The third single "Shine Ya Light" of the debut album ORA was released in November. The same month, Rita performed as a special guest at the concert held in Tirana, Albania for the 100th Anniversary of the Independence of the country.

The fourth and last single "Radioactive" of the first album ORA was released in February 2013. She embarked on her first UK tour from January 28 to February 13 to support her debut album. In 2013, the singer was nominated for three awards at the 2013 Brit Awards, including the Brit Award for British Breakthrough Act.

In 2014, the artist co-authored with Iggy Azalea the song titled "Black Widow," and shot the music video for it. Later, the singer stated that this single was a preview from her upcoming album.

According to the singer, the second album will show her other abilities and will include various musical directions. The second single from this CD is titled "I Will Never Let You Down." The song was released in May 2014. A few days later the song topped the UK Singles Chart. In 2015, the singer together with Chris Brown recorded the single "Body on Me," and one year later released the song "All Long."

The only thing that is known about the star’s personal life is that the actress is not married. For a while, Rita dated American singer Bruno Mars. In May 2013 she began a love affair with Scottish musician Calvin Harris, but in June 2014, they separated.

In the summer of the same year, the singer of the song "Poison" fell in love with rapper Ricky Hil, the son of the famous American fashion designer and founder of the clothing company, Tommy Hilfiger. The ubiquitous paparazzi repeatedly took pictures of the couple in cafes, bars and at parties. However, this relationship ended.

Later, Rita Ora had relations with the British-American actor Andrew Garfield. On the 6th of March, 2019 it became known that 28-year old Rita and 35-year old Andrew broke up though they kept their love affair in a secret. Mass media representatives began to discuss their relations in November, 2018 and on Christmas day they were noticed together on a date. Neither Rita, nor Andrew commented on their parting.

In September 2017, Rita’s video for the song "Lonely Together," collaborated with DJ Avicii, premiered, and in October the eminent artist was a guest at Ellen DeGeneres’s talk show The Ellen Show. Ora performed the single "Your Song," and also told the host about the plans for the next few months.

It transpired that this year the singer has signed a contract with Rimmel London and participated in a photo shoot arranged for the release of the brand new products. The singer also shared the news that she would host the 2017 MTV Europe Music Awards, which would be held on November 12 in London.

Despite the busy work schedule, Rita does not forget about the fans. The charismatic singer regularly posts personal photos, as well as working videos on Instagram. It is worth mentioning that social networks are not the only source of information which tells fans about their favorite singer’s life. There are also a lot of materials related to the star’s creative career on various Internet resources and in printed publications. 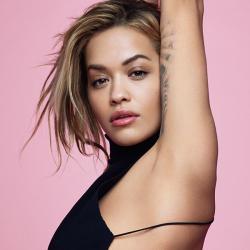