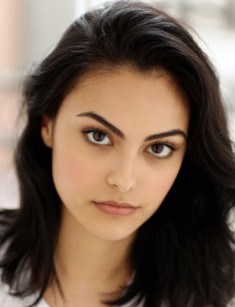 Many people dream to play in the movies. But only some people seriously decide to dedicate themselves to acting, getting a higher education, storming the thresholds of studios and casting agencies. Very few people want to begin their career with the episodes or what is even worse – from technical positions at the studios. But the cinema is not a closed world of the elite at all and it's quite real to get into this industry, having enough persistence and luck.

The young actress Camila Mendes, probably, decided to be guided by the principle of festina lente. Though, if to judge by the number of the references with her name which are shown by the searchers, you’ll hardly call her little-known.

Camila Mendes was born on the 29th of June, 1994 in a small town of Charlottesville, Virginia (USA), which in spring of 2017 had thundered all over the world because of the collisions between defenders and opponents of the demolition of the monument to Robert Lee - the commander-in-chief of Confederation army, and the following disorders with the human victims. Even the state of emergency had been declared. At birth, the girl was called Camila Carraro Mendes.

Camila is a child of divorced parents. Her parents were born and had grown up in Brazil, she also had been living here for a year, though she was born in Virginia, and now she speaks English with her father and in Portuguese with her mother. The family moved from site to site for 16 times. As the girl told in the interview, at first they had moved to another place when her father was promoted.

The subsequent relocations around the South were caused by the fact that after the divorce her mother couldn't decide where she wanted to live, and Camila with her sister Viviane had got to the whirlpool of their mother’s life. Now Mendes claims that such nomadic way of life in her childhood helps her to adapt quickly as she has to travel a lot.

The future actress studied at private school. She had rebellious character – what is proved by her two fraudulent identity documents. After moving to Southern Florida her mother sent the girl to the School of Arts. The sister wrote plays, and Camila acted in them. Then she got the desire to try acting in her future life. Having become more senior, Mendes discussed this decision with her father and received his support. As the actress repeatedly told later, her family always supported her, providing her freedom in her career formation.

Camila had gone to New York to continue her education, having chosen New York University Tisch School of the Arts where she received the bachelor's degree in 2016, and her talent was noticed by the directors. Her early success, as well as at many young stars, was based on good luck and her grasp. Having distinguished during the summer training in the Creative Artists Agency of Carson Kolker, Mendes got this agent for the second year of her studies at college.

Mendes got her first experience on the camera, acting in advertising for IKEA. And her audition for the role of the daughter of Jennifer Lopez in the series "Shades of Blue" became the first serious audition.

In her filmography, Mendes took part in the talk-show "Late Night with Seth Meyers" with the participation of Eva Longoria, Christian Slater, Whoopi Goldberg. In 2014 this talk-show was recognized as one of the best shows where the actress played herself. Besides, the girl participated in TV comedian show "The Tonight Show Starring Jimmy Fallon", and in Geek Rock TV show.

But when it came to the series "Riverdale", Camila had felt in a different way. Just a month before the beginning of the audition for the role of Veronica, the girl had finished her studies. It was difficult to balance between the casting and studies, but it was worth it – Mendes had received the leading role. Having performed in the series "Riverdale", though it was meant for the teenage audience, Camila Mendes can be called a rising star of cinematography.

Camila Mendes is a very young actress, but her personal life is closely monitored by her admirers, also due to the vigorous activity of the girl on the Internet.

In 2013 Mendes began a love affair with a professional photographer and director Ian Wallace. However, in summer of 2017, the posts with passionate confessions were deleted from Instagram.

After the release of the movie "Riverdale", the performers of the roles of Veronica and Archie – Camila Mendes and KJ Apa had felt the impact of these social networks. Hardly had Keneti James published a photo with Camila including the comic signature on his page on Twitter as the fans had come to the conclusion that the young people were meeting each other. At the same time, there are those who claim that young people have no relations.

In the same way, her fans are interested in the question about the relations of the actress with the young Canadian singer Sean Mendes. It is known that they have the same surnames only. Sean meets Camila, but another one – Camila Cabello. Moreover, as it appears from the latest news, Hailey Baldwin, the daughter of the Hollywood star Stephen Baldwin had got in the attention of the singer.

There are no Mendes’s comments on her personal life. The videos from the shootings, holidays, meetings with her friends are posted on her pages in the social networks. Her fans note that Camila and Australian actress Phoebe Tonkin are very similar in appearance, as they say, they have almost identical facial features.

Answering the question about her favorite movies and series the girl calls "Silicon Valley", "Big Little Lies", "Closer". The actress likes to sing in karaoke, her favorite song is "If I Ain't Got You" by Alicia Keys. Camila has a Persian cat called by the nickname Carrie.

At present period of time, the actress participates in promotion actions of the second season of the series "Riverdale" which release is set for 2017. Also, she takes part in the shootings for the "Funny Or Die" portal. In 2016 she took part in the photoshoot organized by the "The Coveteur" online edition.

Together with the "Represent" brand, Camila developed a design for T-shirts and sweatshirts which were on sale on the Internet and in the retail network. And the money raised from this business were transferred to "King Campaign" charitable organization.

Recently on the web there appeared some information on the new project of the actress - "The New Romantic". Camila will play a role of the heroine called Morgan. Jessica Barden, Timm Sharp, Hayley Law, Brett Dier, Avan Jogia will enter the cast of this movie. 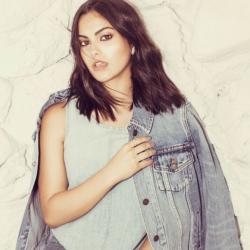