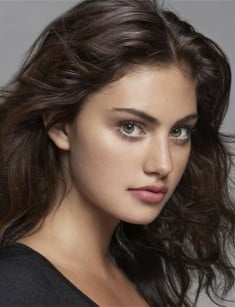 Phoebe Tonkin is an American actress who is famous mainly on the TV series. Phoebe has become famous after her role of the mermaid in the youth fantasy series H2O: Just Add Water, and then she has gained more popularity after she played the role of Hayley Marshall in the mystical series about the vampires - The Vampire Diaries and The Originals.

Phoebe Jane Elizabeth Tonkin, who is more known to the audience as Phoebe Tonkin, was born in Sydney in July of 1989. Since the young years, the girl demonstrated her artistic skills. She was very plastic and agile that’s why her parents took her to the dancing school. Since the age of four, she studied the classical styles of dancing performance including ballet and modern styles as hip-hop and the street-dance.

From the age of twelve, Phoebe Tonkin attended the courses at Wharf Youth Theatre in Sydney. It was the place where she learned about the clownery, musicals, and classical plays. At Sydney theater there often were staged the plays by the works of William Shakespeare in which Phoebe also took part. When studying at the middle school, the girl willingly visited the youth drama studio at Queenwood School for Girls in Balmoral. Her parents sent her here so that she could develop her acting skills. She participated in the school plays. Antigone and The Venetian Twins turned out to be the most successful of them.

While being a student of the senior class in Queenwood Phoebe Jane Elizabeth again performed at the traditional Shakespeare festival and even managed to take the first place for the acting in the play Midsummer Night's Dream.

Phoebe Tonkin began her cinematic career with the role in the fantastic series H2O: Just Add Water. When the girl came to the audition of this movie she hardly turned sixteen. The girl turned out to be the youngest one of the candidacies for this role. Phoebe has managed to receive the role due to her acting skills as well as due to her attractive appearance. According to the plot the mermaids often were in their water uniform – they were wearing sparkling bodices and fish tails. That's why Tonkin's slim figure was ideal for this movie (the girl weighs 56 kilos, and she is 178 cm tall).

But when Tonkin successfully passed the audition, she faced the problem: it turned out that Phoebe couldn’t swim. And the actress had to be a good swimmer for this role. Almost during all the series the characters Emma, Rikki and Cleo who was performed by Tonkin had to embody the mermaids and were swimming in the lake formed in the volcano muzzle. Phoebe was thoroughly preparing for this role. The girl employed the coach, and in a short time, she already felt herself confident in the water.

The series was broadcast from 2006 till 2008. During all three seasons, Phoebe Tonkin played the role of Cleo. After this movie, the girl has become a famous actress who has an army of admirers. During the shootings of the film, the actress began to take part in the commercials and managed to come to appear on the podium as a model. The actress got engaged in the world of model business, and she was torn between two spheres.

Except for her work in the youth series which have made the actress demanded and famous, she participates in the social projects and continues to appear on the podiums.

Among the new works of Phoebe Tonkin, the critics consider a couple of projects the highest-rated. The series Packed to the Rafter was broadcast from 2008 till 2009. In 2010 there began the display of the series Tomorrow, When the War Began. It tells about eight Australian teenagers who went hiking, and when they returned home, they saw that the war had begun. The guys who didn't know military science united to struggle against the enemy. The series was met positively by the audience, especially by Phoebe's fans.

Phoebe Tonkin has achieved a new level in her career with the release of the series about vampires.

After the end of the shootings of H2O: Just Add Water Phoebe Tonkin received the invitation to take part in the series The Secret Circle. The girl successfully passed the audition and received the role of the werewolf Faye. The series was successful as well as the previous one. Many countries have bought the rights for this series. Then the name of Phoebe Tonkin became known far beyond her native Australia.

The girl took part in the famous series The Originals ( the spin-off of The Vampire Diaries) where she got one of the major female roles of the werewolf Hayley Marshall. The series came out in 2013. In January of 2015, there began the shootings of the third season. The Australian colleague of Phoebe- Claire Holt received the leading role in the series. Together they have already played the roles of the mermaids in the movie H2O: Just Add Water.

It’s rather difficult for the young actress to remain in the shadow: since recent times the journalists and paparazzi are following Phoebe. More than once Phoebe has given reasons for the scandalous reports. In the tabloids there appeared frank pictures of the actress and her personal life was discussed in the press.

But it seems that in September of 2013 the girl settled down. Tonkin had relations with the actor Paul Wesley with whom they worked together in The Vampire Diaries. Recently Paul has divorced with his wife, Torrey DeVitto. At present, the actor's name can be often noticed with Tonkin's name though the couple doesn't comment on their relations and doesn't tell about their plans.

The actors decided not to hurry with the wedding, but their fans and the press, all the same, consider Paul Wesley, the common-law husband of the actress. And in the summer of 2016, there appeared the rumors that Phoebe Tonkin was pregnant. The actress didn't answer the questions connected with this news.

In the autumn of the same year, the fans became assured in their guesses. The actor Paul Wesley posted a photo with the small child on his hands on Instagram. As it appeared later the gossips were denied. As it turned out, Paul traditionally celebrated Thanksgiving Day with his family where he was captured with his nephew. Celebrities still don’t have children and at present don’t plan to have the replenishment.

In 2016 the actress performed the major role in the adventure thriller Take Down. The plot of the picture takes place on the remote island, in the special camp for the billionaires’ children. The parents have sent their children to the camp with hopes that they would learn to take responsibility for their actions and the lives of them and people around. But the armed robbers have broken the plans on the re-education of the children. The robbers decided to seize the successors of the billionaires and to demand fabulous random. The young people entered into the confrontation using their obtained skills of living in the wild.

On the 9th of September, 2016 at Toronto International Film Festival there was premiered the short-length detective thriller under the title Cul-de-Sac. Phoebe Tonkin performed the leading role in the picture.

In December of 2016, there appeared the gossips that Phoebe Tonkin and Paul Wesley had quarreled. Young people no more appeared together at secular actions. Moreover, the actors were famous for the habit which their admirers found very pleasant: Phoebe and Paul regularly published their romantic photos in their accounts on Instagram.

At the beginning of 2017, the actors confirmed this information. Phoebe and Paul told their fans that they separated after four years of the relations but managed to stay friends. At the same, the official representatives of the celebrities commented neither on the gossips nor on the artists’ announcements.

In May of the same year, the fans began to notice that the actors again started to appear in public together holding their hands The admirers of the couple assumed that the news about the break-up was the result of their quarrel which already passed and to notice that actors are published together again, and even holding hands. Fans of couple assumed that news about parting was a consequence of a quarrel which already took place and was followed by the honeymoon phase of their relationship. Nevertheless, the stars haven't made any official announcement about their reunion yet. 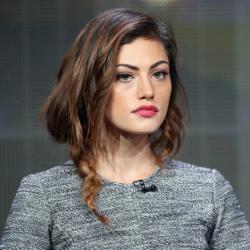