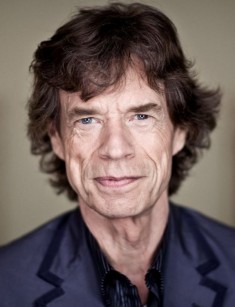 Mick Jagger is a British musician, vocalist of The Rolling Stones, actor, and producer. His unusual manner of stage movement became his trademark. Today, his name is associated with rock music.

Michael Philip Jagger was born on July 26, 1943, in Great Britain. He spent his childhood in Dartford. The future star’s father was a teacher of physics, and the mother worked as a task manager in a local party group. The parents wanted their son to become an economist, so the boy went to a prestigious school. The young man was not fond of studying; he enjoyed music lessons, though.

Mick Jagger dreamed of singing better than his peers. Once, he was carried away and bit off the tip of his tongue while singing. The accidental trauma only increased his desire to perform new songs.

Mick had a friend, Keith Richards. The boys were in the same class until 11, when their parents sent them to different schools. For the next seven years, the friends did not see each other. They met at a railway station by chance; Keith had a pile of records. The young men talked and learned they had similar tastes in music; besides, Keith was pretty good at playing the guitar. It was the beginning of the marvelous friendship that lasted for half a century.

As Jagger finished school, he entered the University of London, School of Economics and Political Science. In 1963, the young man quitted his studies to concentrate on the music career which had already started developing rapidly.

In 1958, Mick Jagger organized the group Little Boy Blue consisting of three members. The young men learned several songs and began to perform in London clubs. Soon, a drummer and a bass guitar player joined the group; the renewed band got the name The Rolling Stones.

In 1964, the group was placed on the same level as the Liverpool quartet The Beatles. At that period, the first albums, such as The Rolling Stones and 12 X 5, were released.

In 1967, Mick Jagger and The Beatles members traveled to India; the British musicians went to seminars of Maharishi, the founder of transcendental meditation.

The Rolling Stones had a short psychedelic period the peak of which was marked with the album Their Satanic Majesties Request. The later work, Beggars Banquet, showed the group came back to rhythm-and-blues sounding. Mick Jagger created the first song of the album, Sympathy for the Devil, under the impression of Mikhail Bulgakov’s novel Master and Margarita.

In 1972, the album Exile on Main St. was released. Although the first critic reviews were ambiguous, this work was later named one of the best recordings of the group.

In the 1980s, The Rolling Stones were touring around the world: people knew them and loved them. At that time, Mick began to consider a solo career. His debuting album She’s The Boss was created in 1985, and the audience welcomed it enthusiastically. The song “Just Another Night” was immediately included in the British top ten songs.

Herbie Hancock and Jeff Beck worked on the album. Mick Jagger created many hits together with David Bowie, Tina Turner, Lenny Kravitz, and other stars. Thousands of Internet users continue to watch his music videos.

In 2010, the musician founded the group SuperHeavy that recorded several songs and presented the music video “Miracle Worker.” In 2011, the group released the debuting album; most songs were recorded in Los Angeles within three weeks.

In January 2012, Jagger was involved in a scandal: the musician rejected the invitation for a tea party initiated by the then Prime Minister of the British government David Cameron. The event was organized in the context of the World Economic Forum in Davos, Switzerland. The musician said he was always out of political struggle and did not want his name to be associated with the politics of the Conservative party led by Cameron. However, in February 2012, Mick Jagger visited the White House where the US President Barack Obama and his wife organized a blues party. Many fans did not understand the musician’s actions and believed the singer supported the politicians of a different country and tried to forget his own country.

At the beginning of his music career, Mick Jagger played in the movies Performance and Ned Kelly. In 1992, the musician appeared in Freejack. Five years later, he got a role in Bent.

Further on, Mick Jagger and Victoria Perman created the company Jagged Films. The 2000 movie Enigma telling the story of the Second World War became the first project. The same year, the company released a documentary about the musician. Two years later, the movie The Man from Elysian Fields starring Mick Jagger was presented.

The 1970s were adventurous for Mick Jagger: he smoked a lot, did drugs, and loved women; the women responded with equal admiration. Once, the musician said he had slept with more than 5000 women.

On May 12, 1971, Mick and Bianca Macías from Nicaragua married; the same fall, their daughter Jade was born. Before that, Mick had already had children born out of wedlock. Seven years later, Bianca filed for divorce: as she explained, she was fed up with her husband’s cheating. According to the woman, they had no family happiness from the very first day of the marriage.

After the divorce, Jagger moved to Indonesia and started living with the model Jerry Hall. The couple married in 1990 and split up nine years later. At that period, Mick said he did not want to turn into a wreck and decided to change his lifestyle: the musician gave up smoking, alcohol, and drugs.

In December 2016, the British media repowered the musician’s eighth child was born: his lover, the ballet dancer Melanie Hamrick, gave birth to a boy in New York.

The same month, The Rolling Stones presented the 23rd studio album Blue&Lonesome 106 thousand copies were sold in the first week.

In recent years, there have been many talks about the musician’s health issues. In October 2016, The Rolling Stones canceled the concert in Las Vegas because of the group leader’s disease: Mick Jagger had laryngitis, and medics recommended him to give his voice a rest.

Despite such problems, the musician continues his artistic activities. According to American media, Paramount is going to turn the novel Sam Phillips: The Man Who Invented Rock'n'Roll by Peter Guralnick into a movie. Mick Jagger is expected to produce the project together with Leonardo DiCaprio. 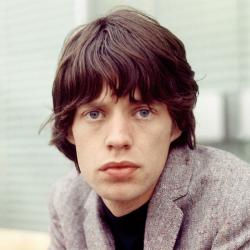