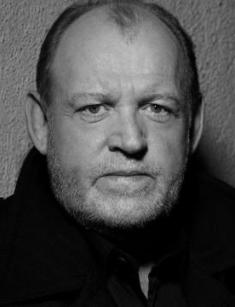 Joe Cocker is a British singer who worked on blues and rock music. He was awarded The Most Excellent Order of the British Empire.

The would-be singer was born in Sheffield, Great Britain. The boy’s father, Harold, was a civil servant, and the mother, Madge, kept the house. Joe had an elder brother, Victor.

The family lived in a working neighborhood, and the children attended a local school. According to Cocker, the singer Ray Charles made a strong influence on him when he was little: young Joe imitated him and developed the unique performance technique that became his trademark later.

The artist debuted at twelve: Victor invited him to participate in his own skiffle group’s concert. Two years later, Joe organized the first band, Cavaliers, and gave concerts in the city clubs and parties. The group existed for a year.

The financial environment in the country left much to be desired, and 15-year-old Joe had to leave school to work; he got hired as an electrician’s assistant. At the same time, he played in bars and pubs with the new group The Avengers and performed Chuck Berry’s and Ray Charles’s songs. In 1963, the band opened The Rolling Stones show at Sheffield City Hall.

The next year, the young man went to London and recorded the track “I’ll Cry Instead” by The Beatles at Decca recording studio; he spent his own money. He earned 70 pennies.

In 1966, the singer founded a new group, Grease Band, and switched to African-American rhythm and blues and soul; they had a tour in North England. Thus, the musician’s successful career started.

In 1968, Joe Cocker recorded the single “Marjorine”; it was quite successful. The cover version of “With a Little Help from My Friends” by The Beatles followed soon and topped British, Swiss, and Dutch music charts. The same year brought the album With a Little Help from My Friends that proved to be one of the leaders in Great Britain, Germany, and the United States. In addition, Dave Mason’s “Feelin’ Alright” is Cocker’s famous cover.

The wave of triumph encouraged the group to organize a large tour in Europe and America. In August 1969, Joe Cocker was a Woodstock festival star. The same year, the album Joe Cocker! earned as much recognition as the debuting collection. “Delta Lady”, “Something”, and “She Came In Through the Bathroom Window” are considered the best songs.

Although the musician’s popularity in his native country decreased for a while, he became one of the most significant figures of 1970s generation in the USA. At this period, Joe played cover versions mostly, but new studio albums followed one another as well. “High Time We Went”, “Cry Me a River”, “Midnight Rider”, “It's a Sin (When You Love Somebody)”, and “You Are So Beautiful” were great hits. The two latter tracks reached the fifth position in the American music chart. In a while, thousands of fans went to the singer’s shows; people were ready to do anything to get to his concerts.

Except for the popularity, things were not favorable. The singer had no recording contract, and alcohol abuse destroyed his personal life and threatened the career. Sometimes, the man appeared on the stage drunk.

The beginning of the 1980s was challenging. The artist had a four-year break in music because of alcohol and drugs; the 1982 album Sheffield Steel was given a cold shower by fans. Fortunately, the collaboration song “Up Where We Belong” with Jennifer Warnes brought him back to the top singers in November. The single was popular all over the globe, particularly, the United States. Besides, the song was used in the movie An Officer and a Gentleman and won the Academy Award and Grammy.

In a while, Cocker created the famous tracks “Have a Little Faith in Me”, “Unchain My Heart”, “Summer in the City”, “Don't Let Me Be Misunderstood”, “What Becomes of the Broken-Hearted”, “Never Tear Us Apart”, “My Father Son”, and “Every Kind of People”; music lovers adored these videos.

In the 1990s, Joe Cocker took up business: the artist settled in Crawford, Colorado, and owned a supermarket, café, bakery, conference hall, and several stores.

2012 was marked with the singer’s last studio album Fire It Up; it was the 22nd work in his remarkable discography.

Movie directors gladly invited Joe Cocker to their projects: his peculiar, thick voice sounded splendid. The artist’s songs appeared in Harry and the Hendersons, Bull Durham, An Innocent Man. "You Can Leave Your Hat On”, the striptease theme in 9½ Weeks, became one of his most recognizable works.

The majority of the movies where Joe participated became, in fact, his autobiography.

In 1963, when Joe Cocker was an unknown musician, he met Eileen Webster. The couple spent together 13 years, but the woman split up with him after the artist started abusing alcohol.

The man was single for two years. In 1978, he met the children’s camp director Pam Baker at Jane Fonda’s house. The couple was dating for nine years and married in October 1987. Pam not only helped her husband overcome substance dependence but also convinced him to come back to music.

Joe had no children. Pam had a daughter Zoe from the first marriage; the musician became a good father for her.

The artist considered himself weird: he did not listen to young singers, and his favorite activity in the USA was driving a vehicle while listening to the blues radio.

Joe mentioned he started creating in his childhood. He commented on his early years: “In Sheffield, England, when I was growing up, I spent around five years just playing the pubs. It wasn't a gang-land kind of street life but that kind of streetwise thing you developed when you were hanging out all the time. So, it's a bit autobiographical. <…> I didn't go to university. I had an older brother who was really bright and became the head of the water company. We grew up in a very northern, working-class house. My parents kind of gave up on me. They thought "he'll do this for a bit and then get a regular job."”

When Joe Cocker finished his career, he settled with his spouse in Crawford, Colorado. They opened a family café with a bakery and some shops.

The last years were darkened by illnesses; the man had liver cirrhosis. Joe Cocker died of lung cancer on December 22, 2014, at his own ranch.

The musician’s agent Barrie Marshall said: “The great thing is with someone like Joe is what they leave behind, and that will be with us for years and years”.

The artist’s net worth was $60 million.