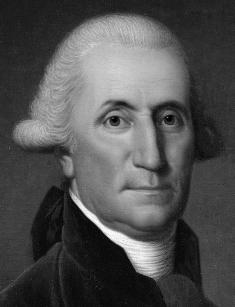 The biography of the future President of the United States began on February 22, 1732, in Virginia, on the plantation of Popes Creek. George was the third of five children in the family of a wealthy slave owner, planter and land-surveyor, Augustine Washington, who died when the boy was eleven years old. After that, his older half-brother Lawrence became the head of the family. George practiced home-schooling and considered self-education to be very valuable.

Being born in a family of slave owners and having inherited their fortune; still, Washington believed that slavery contradicted the norms of morality and ethics; however, he thought that slaves would be granted freedom only in decades.

A vital role in the fate of young George Washington played William Fairfax, the wealthiest landowner in Virginia at that time. He became some sort of a mentor for the young man, who had lost his father in his childhood, and gave him friendly support on his way to building his career as a land surveyor and a soldier.

George's older brother died when he was twenty years old, and the young man inherited Mount Vernon manor, as well as eighteen slaves. Since Washington was seventeen years old, he worked in Culpeper County, Virginia as a surveyor, and after the death of his brother became the commander of one of the four militia districts and a major.

In 1753, major Washington received a difficult assignment: to inform the French about the inability to proceed further up the valley of the Ohio River. In eleven weeks, George completed a route full of dangers, the length of which was 800 kilometers, and as a result, fulfilled the critical order. In 1755, he was captured in a battle for Fort Duquesne. Soon Washington was released, and during the second military campaign for this Fort, he was assigned the rank of Colonel.

After that, the young man became the Commander in Chief of the Virginia Regiment. Under his leadership, the regiment continued to fight with the Indians and the French and occupy defensive positions. However, in 1758, at the age of 26, George Washington decided to finish his military career and resigned.

The world-view of young Washington formed under the strong influence of the English literature of the beginning of the XVIII century. Cato the Younger, a statesman in the late Roman Republic, was a kind of idol for George. Like his idol, the future President of America tried to use only the classical style of speech, to conform to the image of virtue in both his private and public life, to control his facial expressions and gestures at a decent level.

Growing up, Washington became a restrained, disciplined person who always managed to control his emotions and never let himself lose his temper. He treated religion with respect, but without bigotry.

After giving up his military career, George Washington got married and became a successful slave owner and a planter. At the same time, politics played a central role in his life, and in 1758-1774 he repeatedly made successful attempts to become a member of The Virginia General Assembly.

As the owner of a large plantation, George on his own experience concluded that the policy of the United Kingdom does not meet modern requirements. The desire of the British authorities to restrain the development of industry and trade on the colonial lands met severe criticism. Partly because of this, Washington grounded an association in Virginia, that had a goal of boycotting goods produced in England. Thomas Jefferson and Patrick Henry helped him in this.

The fight for the rights of the colonies became a matter of principle for George. In 1769, he made a draft of a resolution, that assigned the right to impose taxes only to legislative assemblies of colonial settlements. However, soon the interest of the public in this problem decreased as the customs duties were abolished. The tyranny of the United Kingdom concerning the colonies did not leave any room for reconciliation, and after the first confrontations of the colonists with the soldiers from this country, George Washington demonstratively started wearing his uniform, realizing the inevitability of the conflict.

Having decided, that America needs him as a Commander in Chief, the future first President of the United States offered his services to the Continental army. In 1775, he received the post of the Commander in Chief of this army. The basis of the military forces that George Washington led were militias recruited from the States.

At first, American soldiers had problems with discipline, training, and equipment. However, gradually the efforts of the commander-in-chief led to the formation of an effective and efficient army, which successfully used the technique of the loose formation in battles with the British who used the traditional linear formation.

At first, George Washington led the siege of Boston. In 1776, the troops defended New York, and as a result of several battles, being unable to resist the pressure of the opponents, surrendered the city to Great Britain. In late 1776 - early 1777, Washington and his troops took revenge on the British in the Battle of Trenton and The Battle of Princeton, and in spring of 1777, their siege of Boston was a success. This victory was also significant in strategic terms: the successful battles with the opponents increased the motivation and moral fiber of American soldiers.

Then followed: a victory at Saratoga, the liberation of the central States, the surrender of the British armed forces near Yorktown, and the end of the military actions on the American territory. After these battles, American soldiers started doubting that Congress was going to pay the salary for the time spent in the war. Trusting George Washington who was known for his honesty and strict moral principles, they wanted to make him the leader of the country.

The American Revolution officially ended in 1783, when the Treaty of Paris was signed. Immediately after this event, the commander-in-chief stepped down and sent the governments of the states a letter, in which he suggested strengthening the central authority to prevent the disintegration of the country.

The first President of the United States

After the war, George Washington returned to his estate. However, the history of his native country continued to interest him, and he keenly followed the political situation in the United States. In 1786, after his call, his supporters helped him suppress the rebellion of Massachusetts farmers.

Soon, Washington was elected the head of The Constitutional Convention, which in 1787 issued a new U.S. Constitution, then elections were held. The retired commander-in-chief was so popular among people that the electors unanimously voted for him both the first time and during the re-election of the President.

As head of state, George Washington sought to instill in Americans respect for the Constitution, to preserve the democratic changes of recent years, to surround himself with intellectuals capable of working for the benefit of America. At the same time, Washington tried to collaborate with Congress and refrain from interference in political conflicts within the country. During his second term, the first President of the United States created a competent program of industrial and financial development of the country, saved America from involvement in European conflicts, forced Indians to surrender many territories (mainly using military force), and banned distilled alcohol.

The internal and foreign policy of George Washington met resistance in some social classes, but for the President and his army, it was possible to suppress the rebellion attempts quickly. At the end of the two terms, he received an offer to run for the third term but turned it down because of the Constitution. During his leadership of the country, he officially abandoned slavery, but in fact, still ran his plantation and hunted down slaves who escaped from it. In total, there were 390 slaves in his possession. In 1796, President George Washington's Farewell Address was released, in which he urged Americans to avoid excessive political party spirit and geographical distinctions.

Even though George Washington had a scarred face, he was considered a tall (George Washington was 6 feet 16 inches tall) handsome man because of his charisma. In 1759, George Washington married the wealthy widow Martha Dandridge, who became his first and only wife. In Martha's possession were a mansion, 300 slaves, and 17,000 acres of land. George disposed of this dowry wisely, turning it into one of the most profitable estates in Virginia. George and Martha's marriage was long and happy. This family brought up Martha's children from the first marriage, but the couple never had children together.

The first American President died on December 15, 1799. Two days before, he had been in the pouring rain and snow, looking over his estate on horseback. Returning home, he did not take off his wet clothes and decided to have dinner still wearing it. The next morning Washington had a fever, a throat infection, and a bad cold, which were the symptoms of pneumonia and acute laryngitis. The drugs of the XVIII century could not help him. Moreover, they worsened his condition, because the doctors used bloodletting and mercury chloride treatment on him.

In 2000, the biographical film George Washington was released, there is also a series of the same name and other films, one way or another devoted to this politician.

"We should not look back unless it is to derive useful lessons from past errors, and for the purpose of profiting by dearly bought experience."

"To be prepared for war is one of the most effective means of preserving peace."

"Labor to keep alive in your breast that little spark of celestial fire, called conscience."

"Associate with men of good quality if you esteem your own reputation; for it is better to be alone than in bad company."

"Be not glad at the misfortune of another, though he may be your enemy."