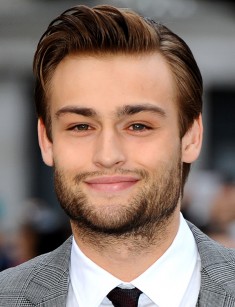 Douglas Booth is a British actor known for the biographical film Worried About the Boy, the tragedy Romeo & Juliet, and the television series Great Expectations. The actor’s handsome appearance, talent, and charm have attracted millions of fans. They like Douglas for a unique combination of purely British style and non-trivial practicality.

Booth was born in Greenwich, the coastal borough of London, which locals call the “sea gate of Britain.” Douglas's mother Vivien De Cala has Dutch ancestry, and she is a painter. Simon Booth, the father of a future movie star, is a shipping and banking finance consultant. Douglas has an older sister, Abigail, who followed in her mother's footsteps. She graduated from Chelsea School of Art and became an artist.

Douglas lived in London for ten years, then moved to Sevenoaks, located in Kent, where he learned to play the trumpet. Since birth the boy was dyslexic, so he had to change schools. The disease was not severe because Douglas could read and write, but it was not so fast as teachers required.

Nevertheless, this situation did not affect the goals and plans of the young man. Booth believes that at that time dyslexia was the main obstacle to stage success, but he managed to overcome it.

Later he studied at a Church of England state Voluntary Aided school in Royal Tunbridge Wells and Lingfield Notre Dame School in Surrey.

As a child, Douglas preferred creative work. He learned to play the trumpet, and also performed in school plays. At the age of 12, the boy played the title character in Aeschylus’s play Agamemnon. He realized that he liked being in the high light. Then Douglas Booth decided to become an actor.

At the age of 13, Booth was involved with the National Youth Theatre, then the Guildhall School of Music and Drama. When he was 15 years old, the young man joined the Curtis Brown acting agency. Thanks to it he subsequently got the first role. Thus the British artist began his acting career.

17-year-old Douglas Booth made his movie debut in the TV adventure film From Time to Time based on the novel by children's writer Lucy Boston. The film told about a little traveler, who traveled from the crucible of the Second World War to the XIX century and revealed family secrets.

The next project Worried About the Boy was also a television film. In this biographical drama, Booth portrayed the famous pop singer, Boy George. The actor showed the career of a musician from an unknown showman, dressing up as women for performances in third-rate cabaret, to the famous star of the English music stage.

But Douglas became really successful and famous when he appeared in the drama television series Great Expectations, based on the cult novel by Charles Dickens. Booth portrayed an ordinary village boy, Pip, raised by a blacksmith. One day he gets fortune and great opportunities out of the blue. This bright TV movie has become popular among viewers of all ages. The film attracted millions of viewers. Seven million people watched the first episode. Such popularity helped the Briton to reach new heights. The actor began to pay attention to the movies that could get positive reviews from fans.

Next time the actor got himself noticed in 2013 when he starred in another film adaptation of the classic work. It was Shakespeare's Romeo and Juliet, in which the Briton played Romeo Montague. Young American actress Hailee Steinfeld got the role of his young lover. In comparison with the traditional play, the role of Douglas Booth is somewhat expanded with the replicas of other characters who were removed from the story.

In 2014, the brilliant film Noah was released, based on an epic biblical story. The film tells about the Flood and the righteous man, Noah, who with the blessing of God builds an ark to save a family and a pair of animals of each kind. In this film, Douglas Booth played Shem, one of Noah’s sons. Russell Crowe, Jennifer Connelly, Emma Watson, Logan Lerman, and others also took part in the film. Noah was also released in Russia, setting a box office record. Throughout the first weekend, the film grossed more than 600 million rubles.

Booth also portrayed the elite youth. The actor played the role of Harry Villiers in The Riot Club. The film tells about the rich teenagers of Britain. The freshmen of Oxford live, or rather, waste life filled with passions and vices. The film was shot by Danish director Lone Scherfig and based on the play Posh by British playwright Laura Wade. Several young actors who have already become famous for various Hollywood films performed the leading roles in The Riot Club.

The British tabloids have repeatedly written that Douglas Booth has been dating a young woman for several years, but he has not disclosed her name to the public.

In 2010, British media reported that Douglas had a love affair with American singer Miley Cyrus. For the first time, the celebrities began to talk about the relationship when Miley and Douglas starred in the teen melodrama LOL. Despite the feelings, the couple broke up after a long relationship.

In 2016, the press reported that the British actress, Bel Powley, became his girlfriend. The celebrities have repeatedly appeared in public together.

Booth supports gender equality and the feminist movement HeForShe. The actor does not smoke and has never used even light drugs, saying that he does not want to harm his own body because it is his "work tool."

Douglas Booth's best friends are actress Vanessa Kirby and Freddie Fox. The actor played with them in Great Expectations and Worried About the Boy.

The actor lives in Bermondsey, the southern district of London, where he rents an apartment with his sister Abigail.

In March 2017, Douglas Booth attended the 2017 Empire Awards ceremony, which featured all the celebrities of British cinema. Patrick Stewart, Dan Stevens, Felicity Jones, Hayley Atwell, Tom Hiddleston, and other stars were the guests of the ceremony. One of the heroes of the event was the famous actor, Patrick Stewart because he was named Empire Legend. Ian McKellen, his friend, and colleague in the X-Men franchise presented the prize to the actor.

In July 2017, Douglas Booth appeared at Wimbledon (one of the four Grand Slam tennis tournaments), which since 1877 has traditionally been organized on the grass courts of the All England Club. This sporting event has become a real phenomenon in the modern world, attracting millions of spectators.

Thousands of journalists and photographers participate in the coverage of the competition, and famous stars attend it. Together with other celebrities, the actor visited tennis matches and special events held in honor of the Wimbledon tournament. While discussing the appearance of their idol on Instagram, fans mentioned that Booth looked elegant and stylish.

Douglas Booth continues to participate in various projects. The films Mary Shelley and Loving Vincent are the latest work of the young man.

Viewers are very interested in the film Loving Vincent because the animated full-length film is fully painted with oil painting on canvas. Dorota Kobiela and Hugh Welchman headed the team that worked on the script. The Polish Film Institute financed the new project, and the retraining of professional painters as animators was partially funded through a Kickstarter campaign.

One hundred fifteen artists from 19 countries of the world worked on the movie. They created more than 65,000 frames for the film with oil painting on canvas, using the style of the Dutch post-impressionist artist, Vincent van Gogh.

The new film premiered on June 12, 2017, at the 2017 Annecy International Animated Film Festival (France). It should be mentioned that the film was created for seven years.

Nowadays Douglas Booth is a renowned actor who became famous thanks to youth films. Early fame did not hamper the artist’s further work. The actor continues to successfully play in feature films, surprising with his on-screen characters. 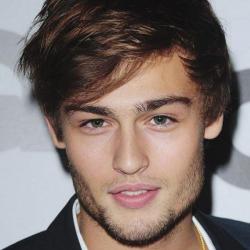