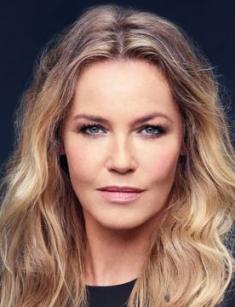 Some actors appear in famous movies included in IMDb, but their bio continues to be little-known among the broad audience. Still, a few take their chance and succeed unexpectedly, like the Danish actress and model Connie Nielsen.

Connie Inge-Lise Nielsen was born in a small Danish town, Frederikshavn, The North Jutland Region, on July 3, 1965. The girl’s father, Bent Nielsen, worked as a bus driver; the mother, Laila Matzigkeit, was an insurance company employee. In 1975, the family moved to Elling, where Connie debuted on the stage of the local cabaret, where her relative worked.

At the age of 18, Nielsen moved to Paris to study acting and participate in various projects. The next year, the young talent joined the cast of the movie Par où t'es rentré? On t'a pas vu sortir; she also visited Italy and South Africa and continued to work. One could see her in TV movies and series, such as the Italian project Colletti Bianchi (not to be confused with the American series starring Matt Bomer and Tim DeKay).

Connie’s real career started with the thriller Voyage (1993) by John Mackenzie; the beginning artist had the opportunity to collaborate with Rutger Hauer and Eric Roberts. It was only the dawn of the artistic partnership with Mackenzie.

In 1996, the actress moved to the United States to work with American movie creators and learn new things from them.

The next year, Connie played in The Devil’s Advocate; Keanu Reeves, Al Pacino, and Charlize Theron were her stage partners. 1998 was marked with three popular movies, one of which was David Veloz’s Permanent Midnight with Ben Stiller, Maria Bello, and Owen Wilson.

In 2000, Connie played in Ridley Scott’s Gladiator and Brian De Palma’s Mission to Mars. The first project gave the actress the chance to collaborate with Russell Crowe and Joaquin Phoenix; Tim Robbins, Gary Sinise, and Don Cheadle participated in the latter.

Following these two movies, the artist became popular among movie makers. In 2002, fans could see her in Mark Romanek’s One Hour Photo with Robin Williams, Gary Cole, and Michael Vartan.

The next year, movie lovers welcomed the actress’s work in The Hunted by William Friedkin. There was another collaboration with John Mackenzie, the thriller Basic; John Travolta, Samuel L. Jackson, and Giovanni Ribisi personified the main characters.

In 2004, Nielsen’s compatriot, the director Susanne Bier, invited her to the movie Brødre (Brothers) with Nikolaj Lie Kaas and the star of Banshee Ulrich Thomsen. The project brought the woman the nomination for European Film Award for Best Actress.

Further on, the actress continued to expand her filmography with The Ice Harvest; John Cusack and Billy Bob Thornton personified the protagonists. In 2006, Nielsen had a part in the series Law & Order: Special Victims Unit (SVU). 2009 brought the premiere of the family drama A Shine of Rainbows starring Aidan Quinn, Niamh Shaw, and the Game of Thrones celebrity Jack Gleeson.

In 2011, Connie played Jenny in Perfect Sense and collaborated with Ewan McGregor and Eva Green. Two years later, the Danish director Lars von Trier invited the actress invited her to his new movie, Nymphomaniac, starring Willem Dafoe, Shia LaBeouf, Christian Slater, Jamie Bell, Uma Thurman, and Stellan Skarsgård. In 2014, Nielsen was given the role of Christine Renner in the thriller 3 Days to Kill.

There is little information about Connie’s first husband; he is the father of the actress’s eldest son, Sebastian (born June 2, 1990).

In the early 2000s, the celebrity enjoyed a new romance with the drummer of Metallica Lars Ulrich; their son Bryce Thadeus was born on May 21, 2007. Still, this union did not last for a long time: the couple broke up in October 2012.

2017 was marked with two movies based on DC comics, Wonder Woman and Justice League. Connie Nielsen played Queen Hippolyta and made friends with her colleagues, Gal Gadot and Chris Pine; she posted their picture together on her Instagram page.

Connie leads an active life; she often walks outdoors and plays with her dog. Besides, the woman is notable for her civil participation. When Stephen Paddock shot the participants of the Route 91 festival on October 2, 2017, the artist started promoting the idea that gun possession laws in Nevada and across the country should be revised; she shared much information on her social network pages.

Today, fans are looking forward to Nielsen’s new projects. FBI, The Catcher Was a Spy and the mini-series Liberty are the most recent works; she will appear in the thriller Inheritance and the superhero sequel Wonder Woman 1984 soon.

Connie Nielsen’s net worth is estimated at $8 million in 2019.