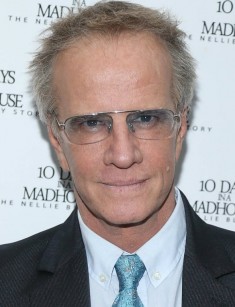 Christopher Guy Denis Lambert who is known to the spectators as Christopher Lambert — is a French and American movie actor who has become well-known all over the world due to his role of the immortal soldier Connor MacLeod from the series Highlander. Also, the actor has in his assets the famous movies To Kill a Priest, Subway, Mortal Kombat, and others.

Christopher Lambert was born in New York where the boy's father was at the military service at that time. The thing is that the father of future cinematic star was the French diplomat at the United Nations. His mother also had an impressive career as a psychoanalyst. When Lambert was only two years old, his family moved to Switzerland. There the boy was growing up and went to the school of the closed type.

In this educational institution, the future actor started to have serious problems. The teenager turned out to be too silent and shy that's why he could hardly communicate with his peers. And also it was stated that Christopher from the birth was short-sighted that’s why the boy needed thick glasses what didn’t add him respect and love of his classmates in any way. Step by step Lambert began to hate the studies and started to bring the lessons to naught in his quiet manner. A year later the guy was dismissed from the boarding school.

The school which the young man had finished became the 11th on his account: in each new school, the guy behaved the same way. He refused to do the tasks; he handed over empty tests’ papers, he parodied and imitated the teachers. In one of the schools, Christopher for the first time found himself in the theater and at once fell in love with this form of art. After receiving the school leaving certificate he wanted to receive the education of the actor, but his father was against it.

The man admitted the banking sphere was the only acceptable occupation for his son. He sent Lambert Jr. to London to work and study as a financial officer. Half a year later the son returned to his home with the letter in which there was frankly explained that the young man was not suitable for the Economics for no reason. His father was furious and left the guy in peace. And it was precisely what Christopher needed.

He at once has become the student of the acting department of the Paris Conservatory but has faced the new problem. It turned out that even at this institution he had to study. Moreover, it wasn’t more interesting to cram the theory of the acting art at all, than to study the debit and the credit. Less than two years later Lambert left his higher education. However, by that moment he has found his sphere – he has become the movie actor.

The actor became famous all over the world after he had performed the leading role of Connor MacLeod in the fantastic movie Highlander. In the beginning, there was shot only the full-length movie, but several years later there was released the TV series about the immortal Scottish warrior and four parts of it. But Lambert was bored with this role to the last season, and he refused to take part in it.

Besides, the actor has the following works in his assets: the biographic thriller The Sicilian tells about the mafia, the psychological drama To Kill a Priest, the mystical detective The Knight's Move and the youth fantastic movie Mortal Kombat based on the computer game Mortal Kombat.

In 1999 the actor performed in the leading role in the fantasy Beowulf. This tape tells about the post-apocalyptic period when Beowulf becomes the only hope of the humanity for the survival. Though, the movie impressed neither the audience nor the public.

Christopher Lambert still takes an active part not only in French movies but the European movies as well. It’s worth noticing the melodrama Cartagena and the Italian comedy L'una e l'altra. In the United States, the actor took part in the creation of the historical drama 10 Days in a Madhouse and comic detective story Hail, Caesar!.

Christopher Lambert got married for the first time in 1988 to the actress Diane Lane. Their daughter Eleanor Jasmine Lambert was born in the family. Hardly had the girl turned one year, her parents divorced. Later the actor had a romantic relationship with Princess Stéphanie of Monaco and Italian TV host Alba Parietti.

Lambert married for the second time to his colleague Dzhaimess Haft in the last year of the 20th century. Their marriage hardly lasted for a year. Christopher Lambert's following and last wedding took place in 2012. And before the official wedding ceremony, he had lived in the actual marriage with the French actress Sophie Marceau more than five years, and after the registration marriage – only two years.

At the beginning of 2016, the actor announced that he had reconciled with his ex-girlfriend - the TV host Alba Parietti. The lovers left to the ski resort, then had rest in Milan and Paris from where they returned separately. At present Lambert enjoys being single.

Christopher has friendly relations with the director Luc Besson and the actors Mario Van Peebles, Sean Connery and Adrian Paul. The actor is a fan of collecting different things. Watches are one of the actor’s passions. During the shooting of the movie The Foreigner, the character of Lambert wore this accessory on his hand. Later, Christopher even had a desire to pursue the watch from the movie, but it was a stage prop, and he couldn’t do this.

Besides, the actor has a big collection of the paintings by the modern artists, and the experts assure that Lambert has excellent taste in the art.

Winemaking is one more actor’s hobby which gradually has become the business. Christopher has his vineyards and plants which process the grape into the wine.

As it was mentioned above, Lambert is short-sighted and feels helpless without the glasses. He can't wear lenses because of the high sensitivity of his eyes. Because Christopher's movie characters look courageous and brutal, the actor had to work on the movie stage almost to the touch.

However, the problems with the vision don't prevent the actor from being fond of the extreme sport as diving. The man prefers to dive into the places where there is probably the risk to meet the sea predators. He even traveled to Tahiti especially to swim for some time with the tiger sharks.

Christopher is also fond of tennis. This kind of sport helps the actor to keep in good shape.

Christopher Lambert is also engaged in the charity. In 2008 he became the sponsor of the opening of the school for seeing-eye dogs. Also, the actor invests money in the environment protection foundations. Moreover, he helps the aspiring actors and directors.

The Hollywood star moves with the time. The actor leads the officially verified Instagram account where he shares his photos with his fans.

Besides, Christopher has tried his forces as a writer. In 2011 he published the book La fille Porte-bonheur. He has been planning to write this book for 20 years. The actor has Claude Chabrol’s prize for this book.

In May 2018 there would be released the debut picture Sobibor directed by Konstantin Khabensky. This movie is expected in Russia. The plot is based on the real events when under the leadership of the Lieutenant Alexander Pechersky in the "extermination camp" there began the rebellion. The man united the people of different nations and cultures. This event turned out the only one in the history of World War II when the escape from the concentration camp was successful.

Lambert performs one of the leading roles in the movie. He embodied the character on the opposite side of the war – the fascist Karl Frenzel.

Khabensky enjoyed his cooperation with Christopher Lambert. Konstantin considers the actor the legendary person in cinematography.

In 2018 there are expected two more movies with the Hollywood actor: the thrillers Bel Canto and The Last Party. The fighter Dirty Cash, the drama Shades of Truth and the horror movie La Voce del Lupo are still in the production. In the mentioned above movies Christopher will perform the central characters. 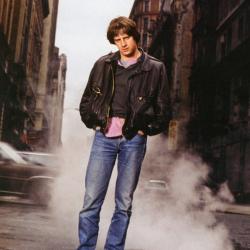