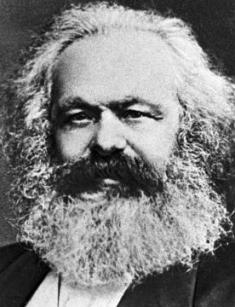 Karl Marx was a socialist ideologist, the creator of the major book Capital, and the founder of Marxism.

The future philosopher was born on May 5, 1818, in Trier, Germany. His ethnically Jewish parents, Heinrich Marx and Henriette Pressburg, came from rabbi families, but the father, who worked as a lawyer, converted to Lutheranism for career purposes. The mother and children converted seven years later, in 1824.

Karl became the third child in the large family. The father was fond of the Enlightenment ideas and Kantianism; his views influenced the boy significantly.

Thanks to Heinrich’s friend, Ludwig von Westphalen, young Karl got acquainted with Ancient Greek philosophy and Renaissance literature. In 1835, he graduated from the Gymnasium zu Trier with the basic knowledge of mathematics, Latin, German, Greek, and French. Further on, the young man entered the University of Bonn and then transferred to Berlin. The student attended lectures on philosophy, law, and history, as well as studied many books on his own. As long as Marx was familiar with their theories and opinions, he took Hegel’s ideas as the fundament for his own worldview; his atheism and revolutionary motives attracted Karl.

24-year-old Marx wrote a thesis on Epicurus’s and Democritus’s philosophical theories under Ludwig von Westphalen. He did not limit himself to classical authors and paid much attention to Feuerbach, Smith, Ricardo, Saint-Simon, and other masters as well.

Marx was going to become a professor at the University of Bonn at first, but the reactionary government started a personnel shake-up in the late 1830s to remove leftism in the bud. Ludwig Feuerbach and Bruno Bauer had to leave, and Karl gave up the idea of becoming a teacher.

The next year, the sociologist published the book Critique of Hegel’s Philosophy of Right. He got hired by Rhineland News and had a political column there, criticizing the existing order; the journalist was even encouraging readers to topple the government and made power players furious.

Working as an editor, Karl realized how poor his knowledge of political economics was and threw himself into studies.

The highest ranks tried to compromise with the young journalist and philosopher popular among people in Prussia. However, Marx did not want to collaborate with the police state and was deported. In fall 1843, Karl and his family quickly left their home country and settled in Paris, France. This is where the philosopher met his future partner, Friedrich Engels, and the German poet Heinrich Heine. The next two years brought many contacts in the radical circles of France; Marx got acquainted with the founders of anarchism, Pierre-Joseph Proudhon and Mikhail Bakunin.

After 1845, the man moved to Belgium and joined the secret organization the League of the Just with Engels; German citizens had founded it in Brussels. The undergrounders gave Marx and Engels the task to create the text of the communist program, and the philosophers wrote The Communist Manifesto; the limited edition was published in London at the beginning of 1848.

The same year, the Belgium government made Marx leave the country, and he went to Paris for a month to return to Germany later. The revolutionary newspaper Neue Rheinische Zeitung appeared in Cologne under Engels and Marx’s guidance, but its publication stopped due to the failures of workers’ uprisings in Saxony, Rhine, and South-West regions of the country; repressions followed.

The job in the political newspaper compromised Karl before the government, and he had to migrate to London with his family in the early 1850s. 1867 brought the most important work in the philosopher’s career, Capital.

Marx studied various sciences; social philosophy, political economy, mathematics, agronomical chemistry, and mineralogy were particularly interesting to him. The family’s life in London was pretty harsh at first, but Engels came to help his comrade and financed his expenses non-reciprocally.

In 1864, the International Workingmen's Association, also known as the First International, opened under Karl’s leadership. Anarchists, French socialists, Italian republicans, and trade-unionists used to be the majority in the organization at first.

In 1872, the First International moved to New York because of the defeat of the Paris Commune. However, it also ceased to exist four years later. In 1889, the Second International continued to develop the ideas of its predecessor.

Karl Marx formulated his ideological principles in the mid-1840s. His worldview was based on the ideas of Ludwig Feuerbach; Marx agreed with him at first but then changed his mind and began to contradict him. The sociologist united German, English, and French philosophical and political schools and created a consistent system describing materialism, scientific socialism, and the labor movement.

The term “materialist history” appeared in Marx and Engels’s book The German Ideology; the theory was developed in The Communist Manifesto and A Contribution to the Critique of Political Economy. Marx logically derived the famous formula: “Being determines consciousness”. According to the scientist, every society is based on production while other institutes, such as politics, law, religion, and art, are built on it.

The primary task is to keep the balance between productive forces and relations of production that lead to a social revolution if there is some contradiction. Marx described the peculiarities of the slave-owning system, feudalism, bourgeoise society, and communism. According to his ideas, socialism was the lower stage of communism while “pure” communism with annihilated financial institutes was the higher one.

The class struggle was identified as the driving force of social development. Marx and Engels expected the working class to destroy capitalism and establish the new order worldwide, with no classes. The world revolution would be necessary to achieve that.

Capital explained the philosopher’s conception most profoundly. The first volume was published six years before Marx’s death. The next two followed when he had already passed away; Friedrich Engels took care of that. Theories of Surplus Value was the fourth part; it had been written five years before the first volume of Capital came out.

This piece of writing deals with the capitalist production and law of value; the author defined “capital”, “working force”, “constant capital”, “variable capital”, “absolute value”, and “relative surplus value”. According to Marx, absolute and relative surplus values were never aligned in capitalism which was supposed to lead to the destruction of the formation. Thus, private property would disappear gradually, being replaced by its communal form.

Karl Marx met the first beauty of Trier when he was a student. Jenny von Westphalen was four years older than the philosopher, but it did not prevent the couple from entering a passionate relationship. The noblewoman rejected many candidates for the student; Karl and Jenny were engaged secretly because her family did not like the man with the Jewish roots. The lovers married in 1843 in Kreuznach.

The socialist ideologist’s marriage was strong. Jenny became a loyal wife and supporter who helped him write books. Seven kids were born in this union; four of them died in childhood. Three daughters became famous. The eldest one, Jenny, is known as the political activist, journalist, and the wife of Paul Lafargue. Laura Marx was a French socialist and the wife of the journalist Charles Longuet. Eleanor married to Edward Aveling, the famous English politician and socialist.

Some historians believe that Marx was the father of Helene Demuth’s son; the woman served as the family’s housekeeper. Engels took care of the boy after Karl’s death.

In 1878, Marx’s wife died after a long disease: she had been fighting against cancer for several years. The loss broke Karl, and he died of pleuritis on March 14, 1883. He was buried next to his spouse at Highgate Cemetery.

Friedrich Engels became the editor of the philosopher’s unpublished works and made a large contribution to the expansion of his ideas.

Karl Marx’s name was glorious after the October Revolution in Russia; all cities and towns had streets or boulevards named after him. The district of East Germany, Karl-Marx-Stadt, also memorized the philosopher. The district stopped existing after the fall of the Berlin Wall.

In the Soviet era, almost every inhabited locality had monuments to Karl Marx; the first among them appeared in 1918 in Penza. Besides, some libraries and research centers were named after him.