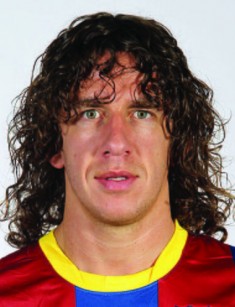 Carles Puyol, a central defender, is not just a football player of the highest level. He is a symbol of the era of the great "Barcelona" and the Spanish national team. Carles is a football legend, the best defender in the world and a symbol of loyalty to his club and country.

Carles Puyol Saforcada was born on April 13, 1978, in La Pobla de Segur, Spain. The population of the town is about 3 thousand people. But in this small town, there is a football team in which the Catalan started playing. At the beginning of his football career, Carles played as a goalkeeper. The first coach of the football player said that Carles would have a great goalkeeper in future.

However, the boy's mother, Rosa, asked to change the position in the field, because Puyol had health problems. Family and parents always meant a lot to the player. He had a hard time after his father's death in 2006. He died because of an accident at work. In this difficult period, even his main rivals supported Carles.

When the boy was 17 years old, he got to "Barcelona." Puyol played as the right defender. As for the main team, Carles made his debut on October 2, 1999, in a game against Valladolid. Puyol’s coach was Louis van Gaal, who made him the central defender. Puyol played better than others. He is very dedicated to football and knows how to choose a position. Earlier, Puyol played on every position.

In the 2004/2005 season, Carles was the captain of the team. In this period Barcelona returned its title of the best team in Spain. The Spanish national team didn’t miss a single ball in 10 playoff games in three major tournaments. At Euro-2012, Carles was no longer in the team, but his contribution to the country's football is invaluable.

The defender had numerous injuries during his football career. Puyol fractured his cheekbone twice. The second injury was serious. In the jump for the ball, the Catalan faced the opponent's head. But Puyol could not live without football: he returned to the field in a special mask, which protected the growing bones. At first it was not easy, but the football player got used to this kind of "accessory."

A year after the injury, Carles again went to the field in a mask. Fans of "Barcelona" decided to support the captain of the team: thousands of people came to the match in the same masks. According to Puyol, this turned out to be an unexpected and pleasant moment for him.

Puyol also had other injuries. In 2012, during the game against "Benfica" Carles broke his arm, landing awkwardly.

Footballer signed a two years contract extension with a salary of € 4.5 million instead of € 5 million.

In May 2014, the captain of Barcelona officially finished his career. After that Carles became an Assistant Sporting Director. Carles played 589 games and scored 19 goals.

The footballer keeps his private life a secret. Carles avoids talking about this topic, explaining that it is his own space. Puyol introduced his first girlfriend to the general public only at her request and because of an unpleasant moment in a supermarket. One girl recognized the footballer and asked to make a photo with him.

A few days later, journalists found this picture in the social network and immediately published it in the newspapers and announced Marina footballer’s girlfriend.

Despite the refutations from and Puyol, this topic was discussed until the moment the footballer showed the press a "photo report" of one of the days with his real girl Agnes. After that, Carles again began to avoid stories about his personal life. Puyol prefers to be a “Lionheart” only on the football field.

In 2008, Puyol and Agnes broke up. The couple's relationship lasted ten years. The reason for the separation is unknown. After the break-up, Carles had several short relationships. In October 2011, Puyol broke up with a Spanish model Malena Costa.

The couple is not officially married, but people call Vanessa the footballer's wife. The girl often publishes photos with children on the "Instagram."

In 2017, Carles was offered to take the post of sports director of the club, but the Spaniard refused.

At the end of 2017, Puyol came to Moscow to participate in the draw of the 2018 World Cup. In the interview, he noted that Brazil, Spain, Germany, and Argentina are the favorites of the World Cup.

In the same period, the footballer visited the humorous show "Prozhektorperiskhilton."

Now Carles is engaged in several projects. According to the Catalan, he and Iván de la Peña started up a company, which represents the interests of young footballers. Carles Pyuop is not planning to become a football coach.

In one of the interviews, Carles was asked whether Messi will be able to become a champion in Russia. The former captain noted that nothing is impossible. He also admitted that for him Messi is better than Ronaldo.

Puyol also talked about Ronaldinho: the moment he appeared, the team was in a difficult situation, but he helped get rid of the pressure. Carles considers Ronaldinho one of the most important players in the history of "Barcelona."

In one interview, Carles said that he does not see any problems with the transfer of Neymar from "PSG" to "Real."

In June 2018, Carles Puyol and Andrés Iniesta introduced a new application, Olyseum, which helps the players from different clubs and their fans to communicate with each other. The beta version is available today for everyone, and the official version will be ready only by the end of 2018.

The footballer has "Instagram" and "Twitter," where he publishes photos and video of events from his life. Carles has a tattoo on both hands.

Carles had a lamb Keka. Puyol was born in a village, and sometimes people joke about this part of his biography.

The growth of the player is 178 cm, and the weight is 80 kg, the nationality is Spaniard. He played at number 5. 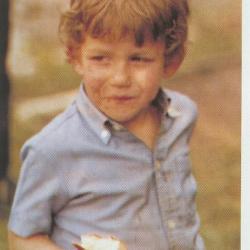