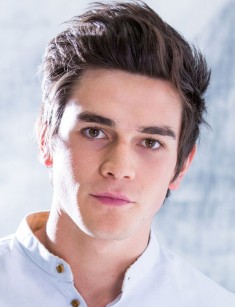 KJ Apa is a New Zealand actor who became famous after the release of the series Riverdale.

The young actor, Keneti James Fitzgerald Apa, better known as KJ Apa, was born in New Zealand on June 16, 1997. The boy comes from the family of the chief of the village. KJ’s father is a Matai in Samoa. There were also two girls in the family. The names of the older sisters are Arieta and Timena.

The official biography of the actor states that KJ attended high school at King's College in Auckland. However, there is no information about the faculty. In addition to acting talent, the young man plays musical instruments, including the piano and guitar.

KJ Apa's filmography is not extensive. There are less than ten films and series on the list of his works. The young man began his acting career with a role in the series The Cul De Sac. The young man got the role of a young man, Jack. But it was not the title character of the project.

A girl named Greta Gregory (Rose) played a leading role in the series. One day, a 16-year-old schoolgirl woke up in an unknown world, where there were no adults. At the same time, technical means do not work, and the rules of public life are entirely different.

The intellect and courage of the young girl, as well as her friends, will help to overcome all obstacles and return to their ordinary lives. But as it turned out, everything is not simple in this new world. The mystical power caused their teleportation. But hope springs eternal in the human breast and Rose plans to reunite with her parents.

The next significant project in KJ's life was the series Riverdale. The first episode of the first season was shown on the American TV channel in 2017. After that, the actor became a real star. The young man played the role of a teenager, Archie Andrews, who has a positive attitude toward life and any problems cannot spoil his mood.

The young man has made friends with the girls, Betty Cooper (Lili Reinhart), Veronica Lodge (Camila Mendes). The teenagers had to understand that there was another side of life in the town, where they grew up and studied. This place has weird things, and then mysterious things appear, although they were previously hidden behind the bright facades of buildings and houses.

In 2017, the funny film A Dog's Purpose was released. This film tells or even reminds that dogs remain true and faithful friends in any situation regardless of size and breed. Only people can help animals learn good manners.

First, dogs think about their favorite owners, but then suddenly thoughts about food appear in their mind. Every day, pets’ eyes follow with sadness when people go to work or on business, and then they are happy to meet them. The owners are the meaning of dogs’ life. The creators of the project have offered KJ the role of teenage Ethan Montgomery.

The young man prefers not to tell about his personal life. The paparazzi have never taken pictures of KJ with a girl. The actor posts photos with friends, sisters, and beloved pets on the official Instagram and Twitter pages. Therefore, journalists became interested in the sexual orientation of the young man. The information appeared on the Internet that Apa might be gay, but the actor does not want to comment on these rumors.

The tall (180 cm) and muscular (73 kg) man attracts the girls’ attention. After the release of the series Riverdale, KJ turned into the dream of schoolgirls and college students.

Journalists suggest that the title characters of the series, Apa and Camila Mendes, go on dates. The actor confirmed this indirectly, posting on Instagram a photo with the girl and her parents during a family dinner. Later, it turned out that the people are not KJ's father and mother.

What does the favorite actor of American girls do nowadays? There are sports, friends, and career in the life of the young man. KJ Apa continues to film in new projects, but he does not say more details. Soon the movie Altar Rock will be released. 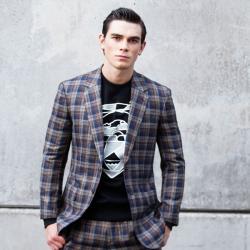