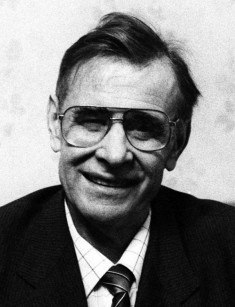 Lev Yashin was the legendary Soviet goalkeeper playing for Dinamo Moscow and the Soviet national team; he won many group and individual prizes. Yashin was the first Soviet player who won the most prestigious award Ballon d'Or; he continues to be the only goalkeeper who has ever gained it. Lev Yashin became the icon of the world’s sports because he discovered the unique goalkeeper’s style: coming off the line and punching balls over the gate bar instead of catching them.

Lev was born in Moscow, Bogorodsky District. His parents were ordinary factory workers. The father Ivan Petrovich was a technician, so was the mother Aleksandra Petrovna. The boy had his first soccer lessons in the yard. When Lev was 11, the Great Patriotic War began.

Together with his parents, the boy was evacuated to Ulyanovsk. Lev started helping adults as a mover and later learned mechanics to produce weapon equipment.

After the war, the family returned to Moscow. Lev continued to work at a factory and played soccer in the amateurish team Krasny Oktyabr (Red October) from Tushino. Professional coaches noticed the promising young man when he was in the army. Yashin chose Dinamo Moscow and became the goalkeeper in the youth team.

In a while, Yashin was the third goalkeeper after the famous players Alexei Khomich and Valter Sanaya in the team. Since that time, Lev Yashin played only for Dinamo. He had 22 seasons – it is a unique achievement. Yashin was so fond of the team that he was wearing the T-shirt with the letter “D.”

Few people know that Yashin used to play soccer and hockey simultaneously, and he was good at the latter sports as well. In 1953, he became the Soviet Championship League winner and was even the candidate for the national hockey team. However, at that moment, he decided to concentrate on soccer only.

In one of his first soccer games, Lev Yashin missed a goal in a comic way. As the goalkeeper of Traktor Volgograd kicked the ball straight, it reached the Dinamo goalkeeper’s zone, but Yashin accidentally ran into a defender – the gate was left unprotected. Still, this bad luck did not break Lev. On the contrary, it made him stronger.

The goalkeeper used novel methods in the penalty area: he used not only arms as goalkeepers of those times normally did but also legs. Dinamo Moscow and the Soviet national team coaches had to listen to the Ministry of Sports administrators: they could not understand why Yashin did not follow the old rules and called his manner “circus.”

The Dinamo goalkeeper also introduced pulling a ball instead of fixing it by all means. It was a breakthrough in soccer: indeed, it was extremely difficult to catch a ball kicked by a strong player. Yashin began to turn the ball to the sides or throw it behind the bar. Judging by the modern standards, Lev Ivanovich was not very tall for a goalkeeper, yet his leaping abilities and long arms did their job.

The world called the Soviet goalkeeper “Black Panther” for his flexibility; he also had another nickname, “Black Spider,” because he could move swiftly in his zone. The black color refers to his black T-shirt: the sportsman would always wear it. Yashin contributed to Dinamo Moscow’s victories: the team became the five-time Soviet Top League winner and three-time Soviet Cup holder; it also received many other awards.

In 1960, Lev Yashin and the Soviet national team won the European Championship; before, the team gained the Olympic Games victory. Yashin was awarded the most prestigious individual trophy, Ballon d'Or. No goalkeeper except for Yashin has ever managed to win it. Just like the Brazilian Pelé is the role model for many field players, Lev Ivanovich is the legendary example for goalkeepers. By the way, Yashin and Pelé were friends.

The legendary player had his last game on May 27, 1971. It was the good-bye match between Dinamo players from different cities and the combined team of the world’s stars. The English Bobby Charlton, the German Gerd Müller, the Portuguese Eusébio, and other top players went to Moscow.

As Yashin finished his field career, he became a coach. He did not accomplish much in this sphere and concentrated on children’s and youth teams.

The international media and various soccer federations consider Lev Yashin to be the best goalkeeper of the 20th century; the player was included in the list of the greatest players in the history of soccer.

Vasily Frolov, one of Yashin’s grandchildren, was also a goalkeeper in Dinamo Moscow, just like his grandfather. He also played for Dinamo Saint Petersburg and Zelenograd.

Lev Yashin loved fishing; he could spend hours with a fishing road enjoying the calmness and beholding the water surface.

Yashin’s health deteriorated as he quitted the sport. His body got used to the extreme pressure and started giving out when training stopped. Lev Ivanovich had heart attacks, a stroke, oncology, and even the leg amputation.

The majority of his diseases were connected with smoking. As a sportsman, Yashin could not give up the unhealthy habit. He was often suffering from a stomach ulcer and took baking soda to ease the pain.

On March 18, 1990, the legendary player became the Hero of Socialist Labor. He lived only two days after that. On March 20, Yashin died because of the complications related to smoking and gangrene eating his leg.

Many streets and several stadiums are named after the famous goalkeeper; there are numerous monuments to him. The Fédération Internationale de Football Association awards the best goalkeeper Lev Yashin Award at the final stage of the FIFA World Cup.

Lev Yashin’s name was honored in his lifetime as well. When he was a player, many famous poets, such as Vladimir Vysotsky, Robert Rozhdestvensky, Yevgeny Yevtushenko, and others, devoted him their poems and lines. Yashin is also mentioned in popular chants of Dinamo fans.