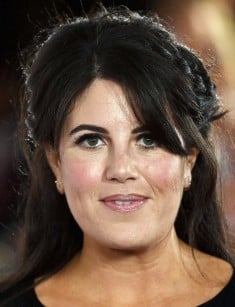 In 1998, Monica Lewinsky became the most famous woman in the world, although she did not want that. The media were reporting the details of her affair with the American president. The scandal led to the court proceedings and influenced the further lives of Monica Lewinsky, Bill Clinton, and even Bill’s wife, Hillary Clinton.

Monica Samille Lewinsky was a daughter of wealthy parents. She was born on July 23, 1973, in San Francisco, California. Her father, Bernard Lewinsky, owned a medical center, worked as an oncologist, and was fond of professional photography. The mother, Marcia Vilensky, was a newspaper reporter. In 1988, the parents divorced. Marcia continued to work as a reporter and later wrote a book on opera under the pseudonym Marcia Lewis.

As Monica remembers, the divorce made a negative effect on her and her younger brother. The children stayed with their father who had no time to communicate with his kids; they were brought up by a nanny. The girl became shy and closer herself; she felt embarrassed by her weight and the attempts to get fit. In 1991, Lewinsky graduated from school and decided to study psychology at a college; her choice was caused by the young woman’s desire to sort herself out and get rid of the teenage complexes.

Monica managed to do that. As her friends remembered, Lewinsky turned into a relaxed woman who was not ashamed of her appearance. The brilliant, cheerful brunette attracted her peers, but she probably chose the men who were older than she because she tried to compensate for the lack of parental attention subconsciously. Lewinsky’s first romance lasted for five years; she fell in love with Andy Bleiler, the drama teacher at the school that Monica used to attend. The man’s marriage and the age difference did not prevent the couple from the close interaction.

In 1995, Lewinsky graduated from college and became a trained psychologist. Thanks to her father’s connections, the young woman gained the chance to practice at the White House; Leon Panetta was the then Chief of Staff.

Monica had high expectations and went to the capital of the country to start working. Unfortunately, she could not imagine how the things would continue.

The affair with Bill Clinton

The 22-year-old trainee recommended herself perfectly. Diligent and intelligent, Lewinsky attracted the president’s attention: as a beginning employee and, later, a beautiful woman. In a while, the contradictory information appeared. According to some sources, Monica did everything to seduce the country’s leader for lucrative purposes; others report the unequal affair was sincere.

Whatever really happened, the intimate details of what was going on between Lewinsky and Clinton at the Oval Office (the inner sanctum of the White House) went public. As it turned out, Lewinsky’s friend, Linda Tripp, who also worked at the White House recorded the personal talks between her and Monica; Lewinsky was telling her the relationship with the president. These recordings became the primary evidence at court.

Initially, the President denied the close relationship with Monica. However, the disclosure of audio recordings and the woman’s famous blue dress smeared by sperm and presented by Lewinsky to investigators made Clinton confess. The impeachment of Bill Clinton for perjury was discussed. Still, senators decided to defend the President.

This sex-related political scandal produced a damaging effect on Monica’s and Bill’s lives. Clinton kept his post until the next presidential election, but he did not remain a powerful political figure. The president’s wife, Hillary Clinton, was strong enough to forgive her disloyal husband and failed to become the country’s leader in a while. Some people believe that the old scandal contributed to voters’ opinion. Still, it was Monica Lewinsky who suffered most. That story deprived her of the chance to build a good career, and her personal life did not work out because of the past mistake.

For many years, the woman was followed by intrusive journalists and paparazzi; people looked at her blatantly, and she was bullied on the Internet. Photos of Monica Lewinsky regularly appeared on newspaper covers, and everybody from the first ladies to housewives was discussing it. Monica came through terrible humiliation, desperation, pain, and hundreds of hours of psychotherapy; eventually, she decided to share those feelings and wrote her autobiography. In 1999, the book Monica’s Story was published. Although she earned a lot, Monica did not feel better: the book stirred up the old passions and provoked a new wave of harassment and mocking.

Despite the harsh ordeals, unsuccessful career, and broken personal life, Monica did not lock inside herself and never started hating people. The woman felt she should help victims of Internet and media bullying. Nowadays, Monica gladly gives interviews to journalists and tells them about what she had to survive. The woman does not keep secret she is sorry for the situation and emphasizes it is necessary to go on whatever happens.

Besides, Monica Lewinsky has a Twitter account and participates in public events related to harassment and Internet stalking. According to the recent media information, Monica Lewinsky lives in New York with her mother. The scandal seems to have become the issue of the past, yet women who dare have relationships with high-ranking authorities are still called Monica Lewinsky’s followers. 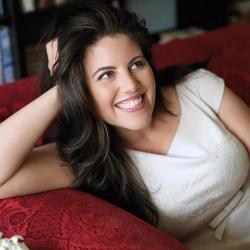