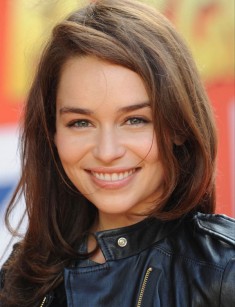 Emilia Clarke is the theater and movie actress from Great Britain. In recent years, she has become especially famous for her roles in the TV series Game of Thrones and the movie Terminator Genisys.

Emilia was born on October 26, 1986, in London. Her mother was engaged in business, and the father worked as a sound engineer in a small London theater.

The small girl chose her career at the age of three when she visited her father at work. Emilia showed interest in classical music and theater. The parents encouraged their daughter’s determination and accompanied her at different cultural events around Berkshire where the future star spent her childhood.

The magic world of the stage mesmerized Emilia, and her desire to become an actress was only growing. Later, she moved to Oxford and went to St. Edward's School. There, the girl gained her first roles in amateurish performances and took up her first acting lessons.

Emilia’s education was good: before Oxford, she had finished Rye St Antony School. With that background, she managed to enter Drama Centre London, the part of the famous University of the Arts London. This is where the young woman developed the necessary acting skills and started building her future.

Although Emilia Clarke is popular for her role in Game of Thrones mostly, her best achievements pertain to the theater. In 2007, she became one of the leading actresses of London Drama due to positive reviews on her work in Chekhov’s Wild Honey. The same year, Emilia played the main character in Pygmalion.

Theater directors noticed the young talent and started inviting her to their projects. The next two years were busy: Clarke participated in eight plays, some of which were A Midsummer-night's Dream, Emilia Galotti, and Awake and Sing!

As long as Emilia graduated from Drama Centre London, she moved to Los Angeles and joined Company Of Angels, one of the oldest Hollywood theaters. The woman successfully debuted in Sense, but it turned out to be her only work there. At that period, Emilia was thinking whether she should try herself in cinematography.

For the first time, Emilia Clarke appeared on TV in 2009 in the series Doctors. Although her role was relatively bright, this project did not bring her popularity. Despite this mediocre debut, Emilia did not lose her spirit and continued to work.

It was difficult for the woman: she tried to make both ends meet, but the 2010 sci-fi movie Triassic Attack disappointed her. The role was not significant, but the actress was noticed. Gradually, Emilia started receiving more exciting offers. Triassic Attack helped the actress realize herself in cinematography the long perspective.

One day, Clarke’s agent told her about the big HBO auditions for the roles in the new project Game of Thrones. The young woman decided to participate, although she did not believe in success.

From that time, her life changed dramatically: she gained one of the lead roles. Emilia played Daenerys Targaryen, the daughter of King Aerys II Targaryen, the "Mad King," who had been overthrown. At the wedding ceremony, when she married the Dothraki Khal Drogo (Jason Momoa), the Magister of Pentos Illyrio Mopatis presented her three dragon eggs which later gave her the chance to become the mother of dragons.

Initially, another actress was to play Daenerys, but she refused a few weeks before the production started. Emilia Clarke took her chance and played the mother of dragons brilliantly. The bedroom scenes with her character were among the sexiest scenes in the history of cinematography. After several first episodes, the director offered Clarke the contract for the second and the third seasons.

The role in Game of Thrones based on George R. R. Martin’s book series A Song of Ice and Fire became the major work in the actress’s career. She received positive reviews from critics, and the directors gladly offered her to participate in the next seasons of the project.

The presentation of the latter season was held in Los Angeles. The series stars presented the premiere: Emilia Clarke, Sophie Turner, Lena Headey, and others.

Emilia Clarke’s success was tremendous: movie experts and ordinary people adored her, and the photos of the British actress appeared on covers of popular glossy magazines. Emilia won the EWwy Award, and Ask Men included her in the top 100 most attractive women of the world.

Later on, Emilia had many ambitious offers. The British actress collaborated with Hollywood stars; in 2012, she appeared in Dom Hemingway with Jude Law.

In May 2014, the British media reported Emilia was invited to play Anastasia Steele in 50 Shades of Gray, but the actress refused. Seemingly, she lost a chance: the movie was popular in the United States and the whole world. However, Clarke got engaged in another project soon: it was equally popular and brought her much fame.

In the fantastic action movie Terminator Genisys, Emilia played Sarah Connor; it was the fifth episode of the iconic movie series. The promising Australian actors Jai Courtney and Jason Clarke also starred in this project. Emilia and Jason are not related.

In 2016, Emilia Clarke starred in the movie Me Before You. She received the role of the ordinary woman Louisa Clark trying to manage her numerous life ordeals. The American actor Sam Claflin played Will, the paralyzed young man.

Emilia Clarke does not speak about her personal life and keeps it secret. In 2012, she started dating Seth MacFarlane, the famous animator and director. The relationship was stormy; many friends expected the couple to marry, but the young people split up in less than a year.

Rumors had it Emilia’s affair with her Game of Thrones colleague Kit Harington caused that. However, this information was not confirmed officially.

Instagram users follow the actress’s page and try to figure out who the woman’s boyfriend is and get other details of Emilia’s private life.

In 2017, Emilia Clarke took part in several projects. The move Voice from the Stone where the woman played the nurse Verena came out in spring. Besides, the actress appeared in Above Suspicion and the action movie Solo: A Star Wars Story in 2018.

The actress is likely to participate in new successful works soon: she receives many offers from star directors planning large projects, and Emilia’s artistic skills have been appreciated by critics and TV audience all over the globe. 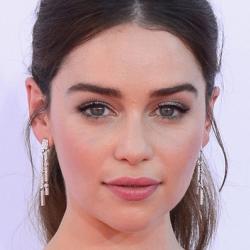