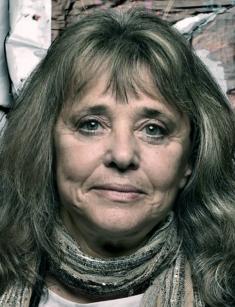 Suzi Quatro took her first step in the music world at the age of eight: the young talent participated as a drummer in the jazz band Art Quatro Trio under her father’s guidance. Several years later, the artist presented several singles with the group Cradle and gave a series of concerts at American military bases in Vietnam.

The would-be star was born on June 3, 1950, in Detroit, Michigan, into the family of a jazz musician. The father, Art, had Italian roots, and the mother, Helen, came from Hungary. Art Quatro worked for General Motors and played jazz in local clubs in the evening; he was the leader of Art Quatro Trio.

At 14, the teenager joined the women’s group Pleasure Seekers where two of her sisters, Arlene and Patti, participated. It was one of the few garage rock bands where all members played music instruments and regularly gave shows in the youth club Hideout. By the way, the rock singer Bob Seger began his music career in this club.

In 1966, Pleasure Seekers presented two singles: “Never Thought You’d Leave Me” and “What a Way to Die”. Both songs were released on the label that belonged to the Hideout’s owner. Thanks to that, Mercury Records noticed the girls and signed a contract with them. Soon, they recorded the song “Light of Love” and went touring in the United States; they performed for the American soldiers in Vietnam, too.

In 1967, the group got a new name, Cradle; Arlene left the band after her child was born while the third sister, Nancy, joined it. Suzi’s brother, Michael, became the group’s manager and organized a concert with the British producer Mickey Moust. He liked Suzi’s expressive manners and offered her a contract with his own label RAK Records.

Quatro’s debuting single “Rolling Stone” was far from being a success everywhere but Portugal: suddenly, it topped the country’s music chart. At that moment, Moust introduced the singer to the duo of Mike Chapman and Nicky Chinn that was famous for the collaboration with The Sweet. Their song “Can the Can” became popular immediately and earned the first positions in British, Japanese, and Australian charts.

The next track, “48 Crash”, also proved to be a hit. Both songs were included in Suzi’s debuting album Suzie Quatro. The woman wrote some compositions with the guitarist Lennie Tuckey; there were cover songs as well. Still, it was the duo of Chapman and Chinn that created the majority of the hits.

Following the wave of success, Quatro had a tour in Australia in 1974. Still, she remained in the shadow in the United States until late 1970, even though she had an American tour with Alice Cooper, and her picture was published on the cover of Rolling Stone magazine.

The 1978 album If You Knew Suzi marked the new, riper sounding close to soft rock. The single “Stumblin' In” with Chris Norman brought the first fame in America. Quatro got even more recognition for the sitcom Happy Days. Her character was wearing a leather jacket, played the guitar, and used “masculine” language; she was so popular that ABC offered the vocalist her own show on television, but Suzi refused.

In 1980, Rock Hard was released; the music video on the song under the same title followed. It was the comeback to hard rock. The 1983 album was similar to that, and the audience warmly welcomed it; the popularity was less massive than in the 1970s, though. Further on, Suzi disappeared from the stage for a long time; she seldom appeared on TV or participated in theater performances.

The role of Annie Oakley in Annie Get Your Gun was the artist’s most remarkable works in musicals. She had the recommendations from Andrew Lloyd Webber who had been discussing her possible participation several years before. In 1986, the musical was finished and staged in West End, London.

In the early 1990s, the vocalist returned to music and celebrated successful tours, top positions n charts, and compilation album What Goes Around; she was pretty optimistic and inspired.

1992 brought the tragedy: Suzi’s mother died, and the family relationship deteriorated so much that Quatro divorced. Soon, she married the PR manager Rainer Haas. As for artistic achievements, the year was fruitful. Despite the personal hardships, the singer was energetic on the stage, and her single “And So To Bed” lead European charts.

In 1997, the album Unreleased Emotion recorded at the beginning of the 1980s came out. The material was recorded when Quatro was pregnant with her first daughter; perhaps, it could explain the melodic, soft sounding.

The next album Wake Up Little Suzi was presented in 2003. It showed Suzi was full of strength. The new works, Back To The Drive and In the Spotlight, came out in 2006 and 2011 correspondingly.

There is little information about the artist’s private life. She has been married twice. In 1978, she married the guitarist Len Tuckey.

Two children were born in this marriage: the daughter Laura (1982) and Richard Leonard (1984). The couple spent 14 years together and split up.

In May 2016, the news about the singer’s new album was published on her website. Quatro Scott Powell came out in February 2017; Andy Scott and Don Powell collaborated with Suzi.

Despite her senior age, the singer continues to give concerts. In October 2017, Quatro, David Essex, The Osmonds, and Hot Chocolate performed at Legends Life in London, Liverpool, Birmingham, and Cardiff.

The woman is not registered on social networks. Fans created a Facebook page and publish the materials about the singer’s life, interviews, lyrics, and concert photos.