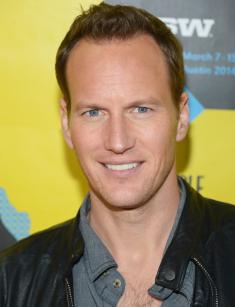 Patrick Wilson is an American actor who has often appeared in thrillers and horrors; he played the lead roles in The Conjuring, Insidious, and the superhero thriller Watchmen.

Patrick Joseph Wilson was born in July 1973 in Norfolk, Virginia; the boy spent his childhood there. The would-be actor had two elder brothers.

The parents were engaged in art: the mother, Mary Kay Wilson, was a professional musician and taught singing; the father, John Franklin Wilson, worked on television as a news presenter on several channels.

The son inherited his mother’s excellent voice and ear for music and his father’s manners and relaxed behavior among people. These traits of character manifested themselves soon. Wilson debuted in a musical when he was a university student, he.

In 1995, Patrick graduated from the university and spent three years in a small New York theater. As long as the young man acquired some experience, he received more and more significant roles. In a while, the talented artist was noticed and invited to Broadway’s rock musical Bright Lights, Big City. Following the success, Wilson gained the lead parts in two other plays.

Soon after the Broadway performances, Patrick Wilson started his movie career. In 2001, he debuted on the large screen in the melodrama My Sister's Wedding that was not released, for some reason, but taught the actor a lot.

In 2003, Wilson appeared in the popular series Angels in America that won many prestigious prizes. Al Pacino, Meryl Streep, and Emma Thompson played the lead characters; the cast full of stars helped Patrick shine as well. Critics appreciated his secondary role: the young artist received his first awards and nominations for Emmy and the Golden Globe.

2004 brought the actor the first frustration and another victory. The historical drama The Alamo failed, but Andrew Lloyd Webber’s musical The Phantom of the Opera brought pretty much recognition. The artist’s voice and ear for music were beneficial: he performed his vocal parties splendidly; moreover, his handsomeness and fencing skills made him the audience’s favorite.

The next year, Patrick showed his talent to transform into any character: he personified the main character in David Slade’s psychological thriller Hard Candy. It was nominated for Fangoria Chainsaw Award for Relationship from Hell.

In 2006, Wilson and Kate Winslet played a couple in Little Children that was nominated for the Oscar and BAFTA. People were actively discussing the movie and its nude scenes. The melodrama Evening and the thrillers Lakeview Terrace and Watchmen were also significant projects.

In 2008, the actor personified the main character in the drama thriller Passengers with Anne Hathaway. It is the story about a psychotherapist working with a group of air crash survivors. The catastrophe investigation is full of mysterious details, and the ending is surprising.

Patrick Wilson is not only a thriller artist: he often appears in horrors. In 2010, the man played the father of the family that moved to the cursed house in Insidious. The movie is based on the idea of soul and body separation and traveling in the astral realm full of ghosts and demons craving human bodies. Wilson’s character has a hidden talent for such journeys.

In 2013, the actor gained another horror role in The Conjuring. Once again, a family moves to a cursed house; Patrick played a demonologist who investigated what happened to the house and its inhabitants. Ed Warren is a professional ghost hunter; he delivers lectures on this topic together with his wife (Vera Farmiga) and has exorcist and spiritual chase experience.

Both horrors have sequels. In 2013, Insidious: Chapter 2 was released thanks to the open ending of the first movie. Although the encounter with ghosts had a happy ending for the family, Wilson’s character was still possessed by the old woman in black. The second part deals with the details of the story and shows the man’s meeting with the ghost when he was a child as well as the spirit’s origin.

In 2016, Wilson came back to the role of Ed Warren in the sequel The Conjuring 2. The Warren spouses help people living in a cursed house defeat the spirits. Similar to the first part, the project is partially based on a true story.

The same year, the actor took part in the comics blockbuster Batman v Superman: Dawn of Justice; he personified the American president.

There are a few comedies in Patrick’s filmography, such as The Switch with Jennifer Aniston, and Young Adult starring Charlize Theron.

When Patrick Wilson was a student, he met his future wife, the American of the Polish origin Dagmara Domińczyk. They attended the same university. The romance turned into a happy marriage; two sons, Kassian McCarrell and Kalin, have been born in this family.

In 2018, rumors had it the man had an affair with Emily Meade; no solid evidence followed, though.

There are several popular Instagram accounts under Patrick’s name; however, none of them has been verified officially.

2016 was marked with the lead role in the drama thriller A Kind of Murder based on Patricia Highsmith’s novel. The actor played an architect and writer Walter Stackhouse unhappy with his marriage. When he reads about a murdered woman and her husband accused of the crime, he begins to consider his wife’s murder.

In 2018, the actor co-starred with Vera Farmiga again in the movie The Commuter. It is the story about the experiment when a certain person should be found among the passengers on the train. However, the test turns out to be deadly and dangerous. Besides, Patrick played Ocean Master in the DC Extended Universe blockbuster Aquaman.