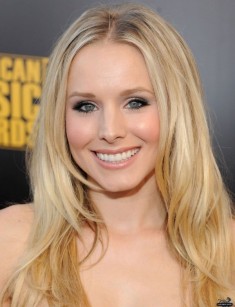 Although the actress Kristen Bell is pretty young, there are almost 50 movies and series in her filmography. She debuted at eleven and played a banana and a tree.

Kristen was born in July 1980 in Michigan. She spent her childhood and early youth in Huntington Woods, the suburbs of Detroit. The girl’s parents divorced when she turned two and stayed with her mother, a paramedic. The father worked as a TV news program editor. Soon after the divorce, he married for the second time; Kristen got two half-sisters.

Detroit was famous for its hockey team. The future actress liked this sport in her youth. However, Anne (Bell asked to call her that name when she was a school student) grew up and started taking an interest in dancing and singing.

It was evident that Kristen Bell was an artistic person: she gladly participated in school performances. Thus, the parents transferred Kristen to Shrine Catholic High School in nearby Royal Oak that was famous for its drama club.

In 1988, Kristen graduated from school and got the title “Best Looking Girl” from her class. The small blonde (the actress’s height is 155 cm.) with a charming smile attracted much attention by her appearance. As Kristen planned, she entered the New York University's Tisch School of the Arts.

Kristen Bell’s career began only in the 21st century; before, she had only minor theater roles.

Bell debuted in Polish Wedding; although the movie drew little attention, Kristen was happy by the beginning that opened the door to the world of cinematography.

Little by little, the beginning actress was gaining small roles in series and TV shows. At the theater, the things were going pretty well: Kristen played Becky Thatcher in The Adventures of Tom Sawyer.

Four years after Polish Wedding, Bell finally received the starring role. The detective series Veronica Mars turned the young woman into the famous actress. The series was welcomed by the audience, and Kristen who played the main character was called the rising star of cinematography.

The young artist was working hard at movie sets. Later, Bell confessed she had a nervous breakdown because of her endeavor. Still, it was worth it. Directors were showering Kristen with offers, and Bell always had work. Several movies with the actress were released each year.

In the crime comedy Fifty Pills, the actress’s character, Gracie has to hide from drug dealers. In the horror Pulse, she personified Mattie haunted by ghosts from computer games.

Later on, the actress appeared in the teen series Gossip Girl and the fantastic movie Heroes. She played in the lyric comedy Forgetting Sarah Marshall with Jason Segel and the adventure comedy Fanboys with Jay Baruchel. The comedies Couples Retreat and Serious Moonlight were also significant projects.

Soon, Kristen appeared in the popular series Burning Love and the movies Stuck in Love and The Lifeguard. In the crime action movie Hit and Run, Bell personified Annie, the girlfriend of the ex-recidivist Charlie (Dax Shepard). Charlie’s former friends, criminals, follow his track.

Kristen Bell participated in five seasons of the drama series House of Lies telling the story of high-ranking managers.

In 2014, the actress had a hot photo session for Maxim: she appeared in front of cameras almost naked, wearing only lingerie.

The same year, fans had the chance to enjoy the full-length movie Veronica Mars; Bell played the main character again.

In 2016, the artist appeared in the movie The Boss about a business lady who was imprisoned for fraud. She also starred in the series Play It Again, Dick and The Good Place. The latter project tells the story of a young woman who was sent to Paradise by mistake.

In addition to her acting career, Kristen Bell voiced animated movies. In the early 2000s, she worked on The Simpsons, Robot Chicken, and The Cat Returns. The characters from Frozen, Frozen Fever, and Zootopia also have her voice. Recently, she participated in voicing Teen Titans Go! To the Movies and Ralph Breaks the Internet.

The actress has had two significant relationships. The first romance with the producer Kevin Mann lasted for five years, but the couple split up.

Two years later, Kristen’s life changed for the better: the beauty met her real love, the actor and director Dax Shepard. He is a famous comedian who played the lead role in the popular comedy My Name Is Earl.

Two years later, the couple married officially. In one of her interviews, Kristen said she and Dax had no secrets between them, even the small ones: they spoke about everything openly. That is the formula of the ideal family. The couple has two daughters, Lincoln and Delta Bell. Kristen regularly posts the photos of her husband and kids on her Instagram page.

Kristen Bell has turned over a new leaf in her career. In 2016, she got the lead role of Kiki in the comedy Bad Moms starring Mila Kunis and Kathryn Hahn. As the story runs, Kiki, Carla, and Amy decide to spend the holidays in each other’s company and leave their kids with their dads. The movie became a hit in the first weekend: the box office was $23,4 million.

The commercial success of the project and the People's Choice Awards: Favorite Comedy Movie inspired the producers to create the movie sequel. In 2017, A Bad Moms Christmas was premiered. Before the New Year, the three friends learn that their mothers are going to visit them; they are not too happy about this news. There is a real war between the generations.

The same year, the actress was given the lead role in the police comedy CHiPs directed by Kristen’s husband Dax Shepard. Bell also participated in the comedy Nobodies about a crew of scriptwriters catching TV stars for a series. In How to Be a Latin Lover, the actress collaborated with Eugenio Derbez, Salma Hayek, and Robert Lowe.

Later on, Kristen Bell appeared in James Franco’s biographical comedy The Disaster Artist telling the story of an actor and a director who are going to conquer Hollywood. Her net worth is of $20 million. 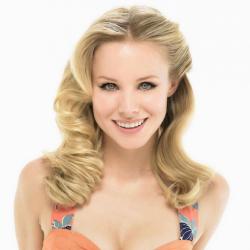