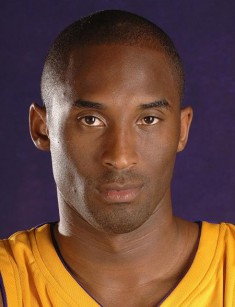 Kobe Bean Bryant is an outstanding basketball player nicknamed “Black Mamba.” He was a shooting guard in Los Angeles Lakers; today, the man is an entrepreneur and the owner of his brand K.O.B.E.

Kobe Bryant is descended from a family of a basketball player. In addition to his excellent physical qualities and fascinating basketball talent, he can boast his origin: his father, Joe Bryant, also played basketball professionally and supported American and Italian clubs. Jelly Bean (Joe’s nickname) had 606 NBA games with the 8.7 average point per match. Kobe’s mother, Pamela Cox, was the sister of the professional basketball player Chubby Cox.

Bryant was born on August 23, 1978, in Philadelphia. He began to play basketball seriously abroad: when the boy was six, his family settled in Italy for a while because of the father’s career. Kobe went to school in Italy and learned Italian and Spanish.

The father started teaching his three-year-old son how to play basketball; besides, Kobe was interested in soccer. In his later interviews, the sportsman said he could have chosen the soccer career. Frank Rijkaard and Ronaldinho are Kobe’s icons, and Milan is his favorite club.

In 1991, Joe Bryant finished his team career and came back to the United States to bring up the next generation. He was a talented coach who did not forget to spend time with his son who proved to be a promising athlete.

Kobe practiced every day and showed the incredible will and diligence. The father’s contribution and the young man’s traits of character made him perfectionist: Kobe wanted to be best in everything and maintain this status by all means.

By that time, Bryant attended Lower Merion High School. Scouts who were looking for talented players for the local basketball team noticed him quickly. The young man’s talent blossomed there. His long training also made its impact: in four years, Lower Merion High School team transformed into one of the best teams in the state. More than that, the young man earned 2883 points which made him one of the most resultative players in the history of the state. Soon, the young man got the title of the best school basketball players in the USA. The athlete used to wear 24 and 33 numbers. From that moment, Bryant’s basketball career started soaring, and the player never regretted his decision to devote his life to professional sports.

Black Mamba had many take-offs in his career and no falls except for those caused by traumas. Fans remember a lot of wonderful moments where Bryant was actually leading his team to the victory. Young altheas study Kobe’s games for some 20 years. 20 years make a great epoch – people usually leave big basketball much earlier. However, Bryant held until the last moment and managed to stay at the peak of his fame.

The high-school student began to play hard as he brought his candidature to the NBA draft. Kobe is the first professional basketball player and the member of the association who got accepted at this young age: Charlotte Hornets selected him as their number 13 in the first round. Later, it was discovered that Hornets did that on purpose: there was an arrangement with Los Angeles Lakers (Kobe used to be this team’s fan in his childhood). Charlotte Hornets desperately needed a center player; later, they traded Bryant to Lakers. The athlete proved to be a bright shooting guard.

Bryant played in the same team with another basketball star Shaquille O'Neal. Together, they brought three NBA titles in a row (2000-2002) to Lakers. Nevertheless, both sportsmen were natural leaders, and they had conflicts because of that: O’Neal did not want to let another athlete have the title of the team’s victorious symbol while Black Mamba could not stand the secondary role. Eventually, the young one won: in 2004, Shaquille transferred to Miami Heat which made Bryant the major star of Lakers.

Initially, Kobe had number 8. In 2006, number 24 was available, so the young man took it in memory of his school team activities. When Bryant finished his career, both numbers were put out of use in the team.

According to the basketball player, he mastered the technique of fallaway jump shot when he watched a cheetah was hunting on the video. Professionals also mark the man’s vertical dribbling style, the T position of his arms, and the usage of an index finger while touching the ball center. These peculiarities helped the player control throws on every level.

Thanks to his abilities and strong will, Black Mamba built one of the most brilliant careers in the professional sports. He is rightfully called the most resultative player and compared to Michael Jordan whose records Kobe always tried to break. Besides, Jordan himself admitted that only Kobe Bryant could probably come near him.

LeBron James, the player of the NBA team Cleveland Cavaliers, is another basketball star who is also compared with Bryant. Although the sportsmen use different techniques, they are equally successful.

In 2005-2007, Kobe became the top scoring player of the championship; in 2008-2009 and 2009-2010 seasons, he was named the NBA scoring leader and the most valuable player in the history of Lakers. Bryant broke records annually; thus, he became the youngest basketball team member who had the maximum points.

Similar to his former colleague Shaquille O'Neal (finished his career in 2011), Kobe Bryant is one of the top ten NBA players. By that period, he was the leader among NBA active scorers; Kobe’s height was 198 cm., and his weight was 96 kg.

In 2015, the documentary about the famous athlete, Kobe Bryant's Muse, was released.

April 2016 was marked with Bryant’s last match: his team Lakers defeated Utah Jazz. The picture of the smiling 37-years-old athlete was taken when he was saying good-bye: “Mamba is leaving.”

It was a difficult decision for the champion. He quit when he was the winner. Only the club members, masseurs, chiropractics, doctors, and other personnel knew at what cost Bryant was playing and proving to be the best sportsman. The previous injuries, as well as the age, influenced Bryant. He always played his heart out, just like in his youth; one cannot but respect him for that attitude. The athlete left at the peak of his fame and fulfilled his childhood dream.

In 2015, Kobe Bryant became the wealthiest NBA player: at that moment, his fortune cost $290 million with the annual salary $25 million.

The athlete’s personal life has been as happy as his professional career. Kobe met his beloved one in his youth. His future wife, the Mexican Vanessa Cornejo Urbieta, was born in California. When they met, the young woman worked as a backup dancer for Snoop Dogg. The couple married in 2001 when Kobe was 21, and Vanessa was 19.

The young people married at St. Edward the Confessor Catholic Church. The sportsman’s parents and relatives were not present: they did not approve of the marriage. By 2003, when Kobe’s first daughter Natalia Diamante was born, the older generation and Bryant made amends.

The family had to face a challenge when the athlete was accused of rape: it was presumably the maid of the Colorado hotel Katelyn Faber. At court, Bryant had to confess the intercourse had happened, but he insisted that it was voluntary.

At that hard moment, Vanessa supported her husband. Later, she revealed he had been cheating on her several times; in 2012, the couple was going to divorce. Still, six months after the trial, Kobe and Vanessa decided to keep their marriage.

Today, Bryant is a happy family man. In 2006, his second daughter, Gianna Maria-Onore, was born. The third daughter, Bianka Bella, was born in December 2016. Today, Kobe travels with his wife and kids and often visits social events.

At the beginning of his sports career, Bryant was fond of hip-hop and successfully participated in rap battles. He created the group CHEIZAW and performed there as a soloist. Bryant continued to develop his musical talent simultaneously with basketball and even recorded the song “3 X's Dope.” However, rap remained a hobby for Kobe: fans did not appreciate his music endeavor.

The single “K.O.B.E.” was a commercial failure but gave the name to Bryant’s trademark when he created his own streetwear clothesline. The athlete reflected the story of his success in the details. The words “Know. Originate. Battle. Elevate” became the brand’s motto. The pictures of spades, open books, Italian soccer badge with Pan-American flag colors, and a crown of laurel are present in the symbols of Bryant’s collections. One can see the products offered by the brand on the sportsman’s official website.

Four years after Kobe Bryant finished his career, he got the right to enter the NBA Hall of Fame. In his interview, the athlete mentioned whom he would like to see as his representatives at the ceremony: Michael Jordan or Phil Jackson who had been his childhood icons.

On the 26th of January, 2020 it became known that Kobe Bryant died in the helicopter crash. 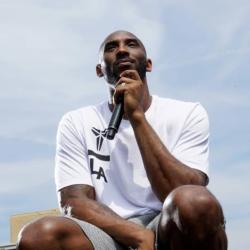