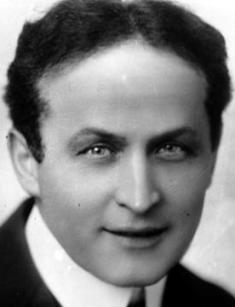 Modern conjurers are impressed when people call them magicians, and viewers think over the clues of their favorite puzzles for years. Thus, the audience seems to pay tribute to their talent. However, the famous illusionist Harry Houdini, whose statements people quote to this day, was against such comparisons and he often exposed charlatans.

Erik Weisz (the real name of the artist) was born on March 24, 1874, in the capital of Hungary - Budapest, as it is recorded in the biography of the illusionist, in a devout Jewish family. In July 1878, when the boy was four years old, Weisz immigrated to the United States.

In Appleton (Wisconsin), the head of the family received the post of Rabbi. A traveling circus often came to Appleton, and while the clowns and the animals brought Erik laughter and astonishment, magicians enchanted him.

When the troupe of Jack Hefler came to the provincial town, his friends persuaded Erik to show him his skills. Hefler watched with interest but was surprised only after the focus, with which the child came up himself.

During the performance, Erik, hanging by his feet, collected needles from the floor with his eyebrows and eyelids. Although the talented boy was invited to join the troupe, words of encouragement from the famous artist determined his future path.

At the age of 13, Erik and his family moved to New York. The big city offered him many prospects, but he preferred tricks. Weisz would sit for hours with maps, ribbons, hats, and ropes - studying, inventing, practicing.

With his brother Theodore, he began performing at fairs, charity events, and small shows. At first, the tricks of teenagers were primitive, but each time they became more and more complicated and caused public astonishment and applause.

Erik saw how interested spectators look at a magician, who can break out of shackles or locks. To study the principle of locks, he even got a job as an apprentice in a locksmith's shop. When the young man made a master key from a wire, he decided that he had nothing else to do there.

It is worth noting that in those years, the future illusionist paid attention not only to the technical side. With exercise, the guy developed muscles, joint flexibility, endurance, and the ability to hold his breath.

At the age of 16 in a bookshop, Erik bought a book Memoirs Of Robert-Houdin: Ambassador, Author, And Conjurer. After reading it, the guy took a stage name in honor of the author.

Despite his talent and diligence, earnings of the guy left much to be desired. Having received a little fame, he appeared in the Chicago newspaper and offered to reveal the secret of any trick for $ 20. The editor shrugged his shoulders and refused. The same thing happened in other publications. Realizing that the newspapers do not need an explanation, but want a sensation, Houdini changed the approach.

A month later, Houdini came to prison with the journalists to show them a new trick. The handcuffed illusionist was put in the punishment cell, but after a couple of minutes, he came out of the cell, under the shots of camera flashes, as if nothing had happened.

Later, media representatives learned that the magician had already visited the prison. The impression was blurred, and Harry invited reporters to do the same in any other cell. The second time they undressed Houdini, closed his mouth with a plaster bandage (in case he hid a lock pick in his mouth), handcuffed the guy and locked him up in another cell. Minutes later, he was free.

In 1894, Harry quarreled with the editor of a newspaper that published articles about him. At that time, he just came up with the trick "Metamorphosis." Harry got his hands tied behind his back, a bag put on his face, a rope tied around his body. With all that, he was put in a wooden box with locks.

After the box was hidden behind a curtain, the assistant of the illusionist also went behind it. After the girl clapped her hand, the curtain was thrown open, and Harry appeared in front of the audience, and the girl was laying locked in the box.

In 1899, Harry and his wife went on a tour of Europe. The foreign audience was not spoiled by tricks, and Houdini immediately became a star. In London, he struck the audience with the trick "The Disappearance of the Elephant," when the animal, covered with velvet, disappeared as soon as he tore the fabric off it. There, in the presence of thousands of onlookers, shackled with locks and a cast-iron ball, the artist was thrown into the Thames.

Houdini visited Russia twice - in 1903 and 1908. In the Moscow prison Butyrka he repeated the trick with the release from the cell - as well as in the chamber of the Peter and Paul Fortress in St. Petersburg.

There were rumors about the "devil" nature of the magician. Meanwhile, Houdini was totally against the identification of his tricks with magic and spiritualism. Moreover, it is known that the magician, disguised as a civilian, often went to psychics and exposed the scammers.

There were always a lot of legends about the personal life of the famous magician. It is said that Houdini and his wife Bess had never had a serious quarrel in their married life and had never held a grudge against each other. In fact, the phenomenal magician developed a curious system for their relationship, allowing to reduce scandals to zero.

Harry met Bess after one of his performances. The affair lasted only two weeks, and then the wedding took place, and the couple did not leave each other for longer than a day. All their life, the couple addressed each other only as "Mrs. Houdini" and "Mr. Houdini."

It is worth noting that their feelings were sincere and deep. It is known that the magician often wrote letters to his wife when she was in the next room.

Some sources claim that the wife of the illusionist professed another religion, which complicated the couple's family life. To save the marriage, Harry came up with a few rules, following which he managed not only to keep the family together but also to strengthen their relationship.

The secret was simple – to avoid family quarrels. If the couple did not reach an agreement, and Houdini's patience was already at the limit, he raised his right eyebrow three times. This gesture signaled that Bess should keep silent. After both husband and wife had calmed down, they started to think of a solution for their problems.

Bess also had her own gesture, symbolizing that she was excessively mad. The magician left the house, walked around it four times, and then threw his hat in the open door or window. If the hat was not thrown back, then that meant that the wife had calmed down and he was allowed to come back.

After the death of Houdini, Bess fell into a deep depression and weekly visited spiritualists and psychics, hoping to hear from Harry.

To do his tricks, Houdini needed a lot of strength and energy. The magician often went to doctors after the show, although he took a lot of time to prepare appropriately. It was this preparation that ruined him.

In Canada, where he showed the performance of "Iron Stomach," three students came into his dressing room and asked if he could stand any hits. Houdini, lost in thought, nodded. And then one of the guests, the College Boxing champion, hit him three times in the stomach.

The magician hastily stopped the guy, saying that he needed to prepare. Then the guy hit the magician again, but now the athlete felt that his stomach felt like steel.

However, for the magician, these first strikes were fatal. The magician's appendix burst, he developed peritonitis and gangrenous appendicitis. The doctors gave Harry 12 hours of life, but he had lived a week, and died on October 31, 1926.

The great illusionist managed to write his name in history. After his death, dozens of films and books were published in his honor, and a prize was organized with a fund of $ 15 000.