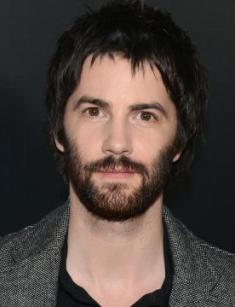 Jim Sturgess is an English actor and singer, who began his career in the mid-1990s with TV the series. He became famous after the release of the films 21 and Across the Universe. Jim Sturgess was born on May 16, 1978, in London, the capital and largest city of the United Kingdom of Great Britain and Northern Ireland.

The English traditions instilled in the boy by his parents manifested themselves when he was young. From childhood, diligent student Jim studied music and also attended the drama club. The first musical project of the young man was the alternative rock band, Dilated Spies, which he joined at the age of 15.

The musician often told in interviews that as a teenager, he tried to be independent. It is known that he worked as a dishwasher at a local restaurant for a couple of years. Within one year, Jim even got promoted to a salad chef.

After graduating from school in 1997, the actor entered the University of Salford. There he studied music, media and acting. Despite the lectures and exams, the ambitious young man did not stop playing music. Moreover, he planned to connect his life with this sphere. During his university days, Sturgess wrote a play and a few songs that, unfortunately, did not become famous.

At the beginning of his acting career, Jim often appeared on TV (in films, mini-series, and shows) for five years. Only in 2004, Jim played the first small role in the film Mouth to Mouth about the teenage rebellion of young Sherry (Ellen Page).

Three years later, the musical film Across the Universe directed by Julie Taymor premiered at the Toronto Film Festival, and the novice actor got the leading role. It is known that Jim sang the songs in the movie. In 2008, the actor’s filmography included the projects The Other Boleyn Girl, 21, and Fifty Dead Men Walking.

2011 was marked by the release of the film One Day, in which Anne Hathaway became Jim's partner on the set. Lone Scherfig’s melodrama is the story of the life of a young man and woman who met on the same day of the year for 23 years. During this time, each of them got married and had a child, but they did not reveal their true feelings.

In 2012, the actor starred in the films Upside Down, Cloud Atlas, and Ashes. One year later, Jim played Edward Newgate in Brad Anderson's thriller Stonehearst Asylum, based on the short story "The System of Doctor Tarr and Professor Fether" by Edgar Allan Poe. Kate Beckinsale, Ben Kingsley, and David Thewlis also starred in the film.

In 2015, Jim began filming in the American-British thriller London Fields, directed by Mathew Cullen with a screenplay by Roberta Hanley and based on the novel of the same name by Martin Amis. The film is scheduled to be released in 2017.

While shooting in movies, Jim has not forgotten about music. He has sometimes given concerts in his home region, cafes or bars of his friends, and also released music videos for cover versions and his own singles.

It is known that now Sturgess is the lead singer of the band Tragic Toys, which also consists of the ex-girlfriend of actor Mickey O'Brien. The group was created in 2013, and its members are friends first and musicians second. In 2017, the band recorded a couple of demo tapes to raise funds for the treatment of a friend with multiple sclerosis.

In June, Jim wrote on his Facebook page that Tragic Toys was preparing to release the album, Bruised Faith.

Sturgess has always tried not to tell about his relationship with women. Despite the actor’s efforts not to make his private life public, sly journalists have always found out about the feelings of the eminent artist.

In 2014, Jim dated Bae Doona, his partner in the film Cloud Atlas, the German fantasy film adaptation of the famous novel by David Mitchell. The couple broke up in March 2015.

Then the actor had a prolonged depression because the acting career hampered his romantic relationship. At that time, the singer repeatedly said in interviews that he understood women who did not want to date a man who always traveled.

A new relationship could improve Jim’s state of mind. At the end of 2016, Iraqi actress Dina Mousawi appeared in the musician’s life. She has known about a roving life firsthand. In 2017, the star couple is still together. The actor often posts pictures of his girlfriend on social media, and she, in turn, adds lovely comments to the photos.

In 2017, Jim has devoted himself to the cinema, continuing to add new projects to his filmography. Nowadays, the actor is filming in Justin Kelly's JT LeRoy. It is known that the film will show the real story of a Hollywood writer, transgender JT LeRoy. For a long time, the author masqueraded as a woman, but it turned out that LeRoy was a man.

Kristen Stewart, James Franco, Laura Dern, and Diane Kruger also appeared in the film. In October of the same year, Dean Devlin's thriller Geostorm was released, in which Jim got the leading role, alongside Gerard Butler and Andy García.

Fans can also see their favorite actor in the films London Fields, Berlin, I Love You, and The Big Shoe which is scheduled to be released in 2017.

Despite the busy schedule, the actor does not forget about his subscribers. On Instagram, Jim regularly posts photos of filming and videos of rest.

It is worth mentioning that social networks are not the only source of the latest news about the actor’s life. The content related to the career of the Hollywood star is also often published on various Internet portals and in print media.

Jim Sturgess has a net worth of $4 million.