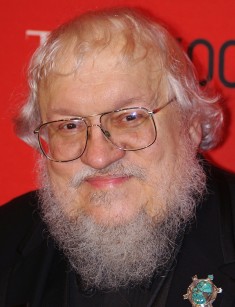 George Martin is the American fantasy writer, the laureate of many literary prizes, and the author of the famous book series A Song of Ice and Fire on which the popular series Game of Thrones was created. In 2011, Time included Martin in the list of the most influential people in the world.

The would-be writer was born on September 20, 1948, in the provincial town Bayonne, New Jersey. He was the first child in the family of an ordinary longshoreman Raymond Collins Martin and his wife Margaret Brady Martin. George Raymond Richard Martin grew up in a large, not-so-wealthy family that lived in the house in the First Street. The writer’s roots are diverse: the father was the offspring of Italian and German migrants, and the mother descended from the noble Irish who played a significant role in the town life.

Besides, the writer has French, Welsh, and English roots. Margaret’s stories about the Brady dynasty and the remarkable Golden age embedded in the boy’s mind.

In the Rolling Stone interview, George Martin confessed his relationship with his father was complicated. The father and the son were not close: they saw each other every day and exchanged a couple of words. The love of sports was the only thing that united them. In his spare time, Raymond liked to drink. As a result, the family had no car: the writer’s father used to say that drinking hard alcohol and having a car were incompatible.

The pale reality, monotony, and daily routine fuss were upsetting George. Only the wondrous world of his favored writers’ books could add bright colors to the gray existence. Martin mentioned he got familiar with the Western classic literature thanks to Marvel Comics. Inspired by the superheroes’ adventures, George created the short story “Powerman vs. The Blue Barrier” and won his first prize, Alley Awards, in 1965.

When George turned 10, he received the book Have Space Suit—Will Travel by Robert Heinlein as a present. Later, the young man read Howard Lovecraft and John Tolkien. The would-be writer threw himself in horror tales about the terrible Cthulhu and imagined himself as a wanderer in the magic Middle-earth.

Martin went to Mary Jane Donohoe School in his native town. During boring lessons, he was writing blood-curdling stories about monsters and sold them for pennies to his friends to buy his favorite chocolate Milky Way.

As George Martin graduated from school, he moved to Evanston, Illinois, to study journalism in the Northwestern University. Although the young man earned the master’s degree, he could not find a job in this sphere. From 1978, Martin taught English in the Clark University. In the 1980s, he moved to Hollywood where he was writing scripts and working as an editor and producer.

George started thinking about literature when he was a teenager. In 1965, as soon as he read Tolkien’s Lord of the Rings, young Martin tried to write. He created the novella about R'hllor, the brave prince who was traveling through the Dothraki empire and looking for the demons and monsters who had murdered his grandfather Barristan the Bold. The young man did not finish the story, but the main characters’ names were used in further works.

In one of his interviews, Martin remembered the early writing period: when he read Lovecraft, he hoped that one day he would be able to write as good as the great writer did. However, Tolkien’s books made him feel desperate: the beginning writer was sure he would never be even close to that mastery.

In 1971, George debuted in a magazine: Galaxy Science Fiction published his short story “The Hero.” The young man had been unlucky before: his work was rejected by editors 42 times.

In 1976, the debuting collection of stories A Song for Lya came out; it won the Locus Poll Award.

The literature genius became serious about writing after the death of the American fantasy writer Tom Reamy who died of a heart attack on November 4, 1977, at his typewriter. Martin felt this tragic event was a sign from above.

In 1977, Martin published the sci-fi novel Dying of the Light; in 1979, it was nominated for the British Fantasy Awards. The book is set in the imaginary planet Worlorn traveling across the galaxy and moving from stars and life sources to the realm of cold and darkness. Martin tells the story of the world doomed to death; the main characters try to adapt to the harsh reality.

Besides, the writer creates collections of stories Sandkings (1981) and Tuf Voyaging (1986), the novella The Hedge Knight (1998), and other fantasy works. It is the series A Song of Ice and Fire that brought the author the recognition of the wider audience. These books have become incredibly popular: they have been translated into 45 languages, and more than 60 million copies of the novels had been sold by April 2015.

A Song of Ice and Fire

Initially, in 1991, the book series A Song of Ice and Fire was supposed to be a trilogy. Today, five books have been released:

In his novels, Martin destroys these stereotypes: he describes not only bloody wars and feuds but also injustice, poverty, religious intolerance, and sexual immorality of those dark times. Thus, the master tries to reconstruct some kind of the feudal fragmentation period flavored with dragons and magical creatures.

Indeed, there are many characters and storylines in Martin’s books; one could get confused quickly. However, all characters in A Song of Ice and Fire are not random: in some ways, the master comes back to them and shows the internal world of all minor figures. It is peculiar the American literature genius eagerly shocks his readers: he gets rid of the characters loved by the audience. Martin believes one cannot create a good book where no one dies.

It was Alfred Hitchcock’s movie Psycho that instilled the idea of sudden character liquidation in the writer: Psycho’s main character dies 40 minutes after the beginning of the story.

In 2011, HBO launched the screen adaptation of A Song of Ice and Fire. Game of Thrones is one of the most big-budget modern series; despite numerous sex scenes and violence, critics and movie lovers highly appreciated it.

The little-known writer Lisa Tuttle became George’s first lover. Together, they created the book Windhaven. Whether it was fortunate or not, but the relationship between two artists failed.

In 1974, the writer proposed to Gale Burnick; their marriage lasted for five years.

Rumors had it that Martin’s personal life was stormy at that period; he was popular among women. In 1975, George met his future wife Parris McBride who was a fan of his books. In 2011, the couple officially married. George and Parris have no children.

The literature genius does not like excessive attention from his fans:

“I can't go out any more; I can't walk the streets... Oh, and 'selfies'! If I could clap my hands and burn out every camera phone in the world, I swear I'd do it!”

In 2017, the writer worked on The Winds of Winter, the last but one part of the saga A Song of Ice and Fire.

The exact time of publishing is unknown; the book was expected to be released in 2017 and 2018. The last book A Dream of Spring is scheduled for 2020. 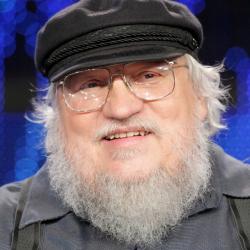