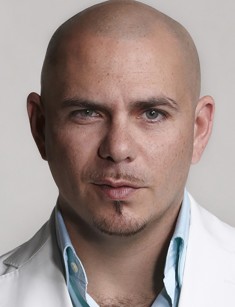 Listeners associate the work of the American rapper and arranger, known by the stage name Pitbull, with catchy dancing music, beautiful tanned girls, all kinds of cocktails, as well as with lightness and fun. Pitbull says that the secret of his success is simple: the musician was born in Miami (USA, Florida), and his parents came from the Republic of Cuba, thus, "Music is in his blood."

Armando Christian Pérez (his real name) was born on January 15, 1981. The future musician showed his talent early. At the age of three little Armando could recite the works of the Cuban writer and poet, José Julián Martí Pérez. Later, the boy became interested in the music of Willy Chirino and Celia Cruz, and also was keen on rap.

His parents separated when Armando was a child. He stayed to live with his mother. He renewed the relationship with his father when he became much older.

Before he became a world-famous rapper, Pérez graduated from South Miami Senior High School and Miami Coral Park High School. He lived in Roswell (USA, Georgia) for a while.

As a high school student, Armando sold drugs; thus he was expelled. When the boyfriend's mother found out about this, she kicked him out of the house, saying that drugs were the reason for the parents’ breakup. Later, he got along with his mother again, but at that time, minor Pérez was in a foster family, and he is grateful to these people till the present day.

Pérez made the first steps in the musical world in 2000. Nevertheless, 2002 was the real start for the musician. By that time Armando was already signed to Luke Records by Jullian Boothe, the label's vice-president, and Robert Fernandez of Famous Artist Music & Management developed Pitbull.

Fernandez saw the twenty-year-old guy’s creative impulse and a strong desire to be heard. However, Robert also saw Pérez’s weaknesses:

“Pitbull wrote too long couplets. I had to cut them to make them more memorable and compliant with musical standards.”

In 2002, Fernandez introduced the novice rapper to Jonathan Mortimer Smith, better known as Lil Jon. Smith was popular with listeners, and he also worked on a new album. It was a good idea to promote the novice artist collaborating with a well-known one. So performers Lil Jon and Pitbull recorded the song for the album Kings of Crunk.

The collaborative work met expectations. The following year, Pitbull was offered money to use his composition in John Singleton’s movie 2 Fast 2 Furious. Later, the producers of Fast & Furious franchise asked the musician again to use his songs as soundtracks to the films.

In 2004, the artist’s first studio album entitled M.I.A.M.I. was released. Pitbull's debut disk ranked No. 14 on the Billboard 200 and 11 on the Hot Rap Track charts. Lil Jon, Oobie, Cubo, Fat Joe, Sean Paul and Trick Daddy guest-starred on the album. The success of the songs “Culo” and “Dammit Man” allowed Armando to join the Anger Management Tour headlined by Eminem and 50 Cent.

In November of the following year, a remix album was released, featuring Ivy Queen and Daddy Yankee besides the guests of the first album.

2005 was also marked by two significant events. The artist’s former label and his current one disputed over the rights to release an album, as well as Pérez and rapper Sean Combs, better known as Puff Daddy, a director of Bad Boy Entertainment, co-founded the label, Bad Boy Latino.

In 2006, Pitbull took part in the voicing of the game Scarface: The World Is Yours. This year, he began to collaborate actively with southern performers such as Wyclef Jean, Olga Tañón, DJ Khaled and Terror Squad.

Funny and positive work was interrupted by the death of Armando’s father in 2006. Pitbull dedicated his second studio album El Mariel to his deceased father. The next album was released on November 27, 2007. It included Pitbull’s solo tracks, as well as the songs recorded with Twista, Lloyd, Don Omar, and Jason Derulo.

The fourth album Pitbull Starring in Rebelution was released on August 28, 2009. Besides the duets with old friends, Pitbull recorded the compositions with Akon, Dr. Luke, Nayer and Avery Storm. The main hit of the album was the composition “I Know You Want Me." Reggie band Rebel filed a lawsuit against the musician, claiming that he used their name to promote his album, but the case was dismissed.

On November 19, 2009, the city of Miami granted Pitbull a "Key to the City" honor. The following year was marked by a charity performance in Haiti and the release of the first Spanish-language album, for which Pitbull received seven nominations for the Billboard Latin Music Awards. On May 3, 2011, Jennifer Lopez released her seventh studio album. Pérez was among the guest-stars. J.Lo and Pitbull’s collaborative song “On the Floor” immediately became a hit.

A month later, Armando released an album entitled Planet Pit. The hits of this album were the compositions “Rain Over Me," “Hey Baby," “Give Me Everything." Pitbull's next album was released on November 19, 2012, and was entitled Global Warming. The most popular songs were the collaborative tracks with Shakira and Christina Aguilera: “Get in Started” and “Feel This Moment." The album also included the composition “Back in Time," which became the soundtrack of the film Men in Black 3.

2013 was marked by Pitbull's conflict with Lil Wayne and the voicing of Chris Wedge’s cartoon Epic. That year, Pitbull also embarked on the North American Tour along with singer Kesha Rose Sebert, acted as a judge on the American music TV show The Voice and released a mini-album entitled Meltdown.

In 2014, he performed with Claudia Leitte and Jennifer Lopez the song “We Are One” at the opening ceremony of the World Cup. In July of the same year he received a star on the Hollywood Walk of Fame, and in November released the album Globalization. Its main hit was “Fun,” recorded together with a musician, Chris Brown.

The personal life of the performer is a closed book. There is no precise information about Pitbull’s marital status or children. Armando strongly supports the image of a hot macho man. When the musician appears at an event, he is accompanied by different young women who are mostly models.

Armando Christian Pérez devotes all his time to career. He shoots videos, records new songs, performs at concerts and festivals.

On March 17, 2017, the musician released another studio album, entitled Climate Change. Besides the familiar guests, Enrique Iglesias and rapper Flo Rida also featured on the album.

A few days before the release of Climate Change, Pitbull released a video for the single “Hey Ma," recorded with J Balvin and Camila Cabello. The track was also created for the Fast & Furious film franchise. 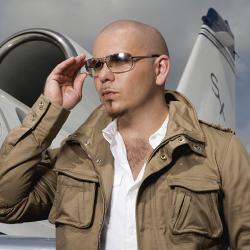