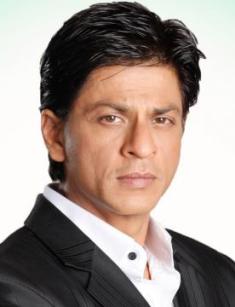 Shah Rukh Khan is one of the biggest stars of Indian cinema. The movies with the actor's participation Dilwale Dulhania Le Jayenge (1995), Dil To Pagal Hai (1997), Kuch Kuch Hota Hai (1998) and others have captivated viewers around the world. Because of the importance of the actor for Indian cinema and because of the translation of the name, which means "King," Shah Rukh is called "The King of Bollywood."

The actor holds the record among compatriots for the number of received movie awards. For his contribution to the arts, Khan was awarded one of the highest state awards of India, "Padma Shri." Besides, Khan was included in the list of giant film stars in the world, according to the authoritative publication The Times.

The biography of Shah Rukh Khan is fascinating. He was born in the Indian city of New Delhi and has lived all his life in this country, but he is not a Hindu by nationality. The actor's dad, Meer Taj Mohammed Khan, moved from Palestine before it became a separate state, so Khan and his older sister are related to the Pashtun people, one of the people of Iran.

Khan's father was an engineer by training, but he fought for human rights and eventually became a fairly well-known lawyer. His mother, whose name was Fatima, graduated from Oxford University in her youth, then engaged in social work and, as a social worker, supervised legal issues related to interethnic marriages and juvenile delinquency.

When the baby was born, his grandmother gave him the name Abdulrahman. But the child's father did not like it, and he changed it to Shah Rukh Khan.

Shah Rukh was accustomed to high-quality literature and theater from an early age. He learned to read early and, as a child, began to compose poems and short stories. As a teenager, Khan was an excellent athlete and had the nickname "Mail Train" among his schoolmates, as he ran faster than his peers and even became the city's champion in the 200 m and 400 m races among schoolchildren. At one time, Shah Rukh Khan even considered becoming a professional athlete, but the medical board found a murmur in his heart, and the idea of sports disappeared by itself.

At the age of 16, in the biography of Shah Rukh Khan, there was a tragedy. The young man's father died of cancer. The mother took over the reins of the family law firm, and managed to improve the financial situation, shaken during the illness of the head of the family.

After school, the young man went to Delhi University, where he studied economics. But already in the first year, he tried his hand in acting and eventually chose his path in cinema. The mother supported her son and dreamed of seeing the guy play on the screen, but died of blood poisoning before Shah Rukh Khan's movies were shown in cinemas. The actor is sure that after the death, his mother turned into his guardian angel, as he constantly feels the presence of the woman, and this explains his instant rise to the top of the creative Olympus.

Khan was already a Bollywood star when he was offered a try at a television Studio. He became the new TV host of the Indian version of the TV game "Who Wants to Be a Millionaire?" and later hosted another intellectual show - Are You Smarter than a 5th Grader?. Another show in which Shah Rukh appeared in front of the television screen was the sports obstacle course Wipeout. Besides, he was a member of the talk show Koffee with Karan six times.

Shah Rukh Khan's debut Indian movie was the local television series The Rookie, with the actor immediately getting the leading role. And the first popularity wave was brought to him by the musical drama Deewana, for which he was awarded the Filmfare Award, the crime thriller Darr and the thriller movie Baazigar. Shah Rukh Khan played negative characters in these movies.

Shah Rukh Khan's first big movie is the comedy The Big-Hearted Will Take Away the Bride. This movie was so high grossing that it is considered one of the most profitable film projects in the history of India. Another star project of the actor is the historical drama, Hey Ram. The movie was even nominated for an Oscar as the Best Foreign Language Film. He also participated in two of the most expensive Bollywood projects-the musical Devdas and the action movie Om Shanti Om.

In 2004, Shah Rukh played the leading role in the movie Main Hoon Na (translated as I am Here). The Indian star worked with the famous Bollywood actress, who received the title of "Miss Universe" in 1994, Sushmita Sen. This motion picture was the first directorial work of Farah Khan. The movie reveals the theme of the Indo-Pakistani conflict from a neutral point of view.

The Indian movies Kal Ho Naa Ho (translated as Tomorrow May Never Come), Veer-Zaara, and the romantic comedy movie Kuch Kuch Hota Hai (English: Something... Something Happens) found success with American and European public. But the motion picture My Name is Khan remains the most successful project of Shah Rukh. Eyewitnesses claim that the actor, even outside the set, tried not to get out of the character suffering from Asperger's disease named Rizwan Khan. He managed to convey the feelings of this man so well that after the movie was shown on the screen, representatives of the nationalist Hindu organization Shiv Sena began to organize riots.

Recently, the actor appeared in at least one movie a year. It is worth noting the action-packed musical Happy New Year, the drama Jab Tak Hai Jaan (translated as As Long As I Live), and the action movie Mohabbatein. In 2016 Shah Rukh Khan presented three new pictures to his devoted admirers: a thriller, Fan, a love drama, Dear Zindagi, and a sensational musical, Ae Dil Hai Mushkil (translated as "O heart, it is difficult").

The only woman in the life of Shah Rukh Khan was the wife of the actor Gauri Khan. The couple met when the guy was 19 years old, and the beloved of the young man was 14. The actor claims that Gauri is the first girl with whom the young man started to dance, not to mention the rest. Feelings were born instantaneously, but the young people had to fight for their relationship. The thing is that the wife of Shak Rukh Khan belongs to another nationality, and another religion – Hinduism. And the bride's parents were totally against their daughter going out with a Muslim.

And they did not only express their dissatisfaction; the mother threatened the girl that she would commit suicide if she went against her parents' will. For about seven years, the lovers went out secretly, but in 1991, Khan secured the blessing of Gauri's father and married the woman he loved. The girl's mother did not approve of the marriage and even wore mourning attire to show her stance.

The woman's heart only melted after Shah Rukh Khan and his wife had children. In 1997, Gauri gave birth to her husband's son Aryan, and three years later, a daughter whom they named Suhana was born. Later, Shah Rukh Khan and his wife resorted to the services of a surrogate mother, who in late spring 2013 gave the couple a third kid. The boy was named Abram, combining the two national cultures of the artist's parents in one name.

The actor is actively engaged in charity. He promoted vaccination against polio, then invested in the organization for the fight against AIDS, helping people with disabilities. Shah Rukh also implemented a project at his own expense to provide 36 Indian villages with electricity and paid for the treatment of orphans affected by the terrorist act. For his public work, Khan was the first Indian citizen to be awarded a special prize by UNESCO.

Fans of the actor are interested in the life and work of his favorite celebrity. Millions of followers look through Shah Rukh Khan's photos on Instagram. The actor regularly posts fresh pictures of his amazing house and videos form cricket games, which he adores. Khan also shares his opinion on his personal Twitter, which is followed by an army of millions of readers.

Before the man became a famous actor, the first fee of the young man was 50 rupees. Khan then went to Agra to see the Taj Mahal. Few people know that at the beginning of his career Shah Rukh kept a restaurant in Delhi.

In 2015, the Bollywood star was ranked sixth in the list of the richest actors in the world. At that time, Shah Rukh even overtook the famous Tom Cruise. In 2017, Khan rose to second place in the rankings, and Cruise to third.

During the entire career, the actor played a negative character only twice. Such roles went to the actor in the movies Darr and Baazigar.

According to the 2017 data, Shah Rukh Khan has risen to the 8th position of the ranking of the highest-paid actors. As of 2019, Khan's net worth is estimated at $600 million.

In January 2017, the audience saw Shah Rukh in the leading role in the action movie Raees. In the story, a brave and fair police officer begins to pursue a cruel and clever bootlegger.

The actor then appeared as the central character in the drama Jab Harry Met Sejal. This is the story of Harry and Sejal's journey in search of a girl's wedding ring. During the trip, the man understood love and relationships better. And Sejal is just enjoying her newfound freedom and Harry's company.

Rukh's partner was Indian actress Anushka Sharma. Besides, Kavi Shastri, Björn Freiberg, Martavious Gayles, and others got involved in the movie. Unfortunately, the movie received a low rating. Critics felt that the movie would be entertaining only to fans of Shah Rukh and Anushka.

In December 2018, the fantastic drama Zero was released, in which the actor played a central role. In the movie, Khan was again accompanied by Anushka Sharma.

Besides, in the nearest future, viewers will see the cartoon Koochie Koochie Hota Hai, where the dog Rocky will talk with the voice of Shah Rukh Khan.

There are also rumors in the media that Shah Rukh Khan is going to play the leading role in the new movie Operation Khuri. On IMDb, there is also some information about Untitled Kabir Khan Project featuring Shah Rukh Khan.