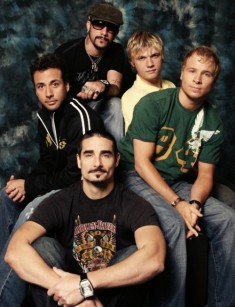 Similar to NSYNC (Justin Timberlake used to be one of the group members), Five, and Boyzone, Backstreet Boys became the classic boy band. One can hardly imagine the international pop music of the 1990s without this group. Millions of fans, daily concerts, and songs that turned into hits momentarily – these were the integral parts of Backstreet Boys’ life in the years of their triumph.

The group was even included in Guinness World Records as the most popular youth projects in the entire history. Although other singers top music charts today, fans still love Backstreet Boys as they always did.

The young men dreamed of devoting their lives to the stage and becoming famous. In a while, they decided to found a trio; they had similar music tastes.

However, the three did not spend much time together: Kevin Richardson joined them soon and invited his cousin Brian Littrell in a while.

The musicians chose the band name quickly: “Backstreet Boys” was the name of the local market where young people would hang out and party in the evening.

The new group gave the first performance soon: they sang for an oceanarium visitors. The entertainment center administration liked the mini-concert; Backstreet Boys started singing in trade centers, exhibition opening evenings, and nightclubs. Gradually, the young men were getting famous.

At the beginning of 1994, the men signed the contract with Jive Records. Together with experienced producers, they modified their style and presented the debuting single “We've Got it Going on” in July. Surprisingly, the Americans did not like the song at all while it became the hit in many European music charts. Backstreet Boys recorded several new tracks and began their first tour in Europe.

In a while, the native country noticed the young men; soon, they gained popularity in Canada as well. Thus, the first album of the band was one of the most expected albums. In April 1996, the release took place. The new tour followed right away; as the young men came back, they came back to the studio to work on new compositions.

1997 brought the new album, Backstreet's Back. "Anywhere For You” and “Quit Playing Games” were the most memorable songs. The artists created several music videos and, by tradition, had a large international tour.

In 1999, when the second album was still popular, Backstreet Boys presented another one, Millennium; its title referred to the end of the old millennium. The new work topped various music charts for many months.

Millennium was, perhaps, the most successful product of the boy band: it brought five Grammy nominations. The songs "Larger Than Life,” “Show Me the Meaning of Being Lonely,” and “The One” continue to be popular nowadays.

The next year, the fourth album Black & Blue came out. The title resonated with the album photo session design: the group members were wearing black, and there was the black background in the studio.

Similar to the previous work, Black & Blue began from the first positions in music charts and sales, but then it kept the status of the leader only for a couple of weeks. Just one song, “Shape of My Heart,” was broadcast on the radio for a long time. Besides, the performance with Elton John was popular: the musicians sang “Friends Never Say Goodbye.”

In 2001, Backstreet Boys summarized their work and presented the collection of best songs: The Hits: Chapter One. The new song “Drowning” was included there. The artists informed their fans the group took a break for an indefinite period; the musicians developed their solo projects.

In 2004, Nick Carter, Kevin Richardson, AJ McLean, Howie Dorough, and Brian Littrell gathered together on the stage again. They presented new songs and began to work on the next album that came out in 2005. Never Gone was devoted to Kevin Richardson’s father who had passed away not long before. This album was as successful as the previous ones and became platinum in many countries.

The next year, the musicians upset their fans again: Kevin Richardson was leaving the group. The following album, Unbreakable, was recorded without him; its sound was heavier than in the previous hits because of several pop-rock songs. Critics’ reviews were favorable, but the album was not much popular.

Later on, Backstreet boys had another time-out. The musicians appeared only on the stage, but they did it less frequently. In 2012, the band finally came back to normal; besides, Kevin Richardson reunited with the group. At the end of 2012, radio stations broadcast the musicians’ new song, “It's Christmas Time Again.”

2013 was the anniversary year. To celebrate the 20 years of the group, Backstreet Boys were given the Hollywood Walk of Fame star. The band had a two-year tour in North and South America, Asia, Europe, and even Oceania. Backstreet Boys had the first concerts in Russia; numerous fans visited them.

In 2013, Backstreet Boys released a new album, In a World Like This. Two years later, fans could get to know the group better and watch the documentary Backstreet Boys: Show Them What You Made Of. The artists’ images were different from those on the stage: they were shown as real people with their problems, challenges, fears, and joy. The movie traced the men’s way from the green guys to adults with children and wives who wanted to stay loyal to art.

In 2018, the photos of Backstreet Boys appeared in newspapers and magazines: they presented a new song after a several-years break. The music video "Don't Go Breaking My Heart” followed; it reaches new records of views on YouTube, Instagram, and other social networks.

Besides, it was announced the musicians would have a large tour which would end in November.

Today, fans expect a new album after the tour, but the group members do not give any comments on these rumors. 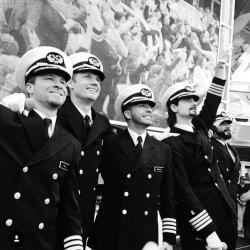