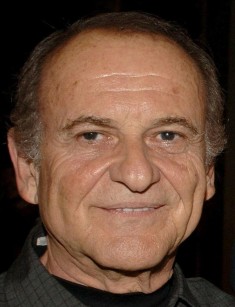 Gangster and comic roles turned the actor into a Hollywood star. Nowadays, practically everyone all over the world knows funny and charming Joe Pesci. It seems that this actor has always been famous. However, Pesci's career path was neither easy nor meteoric.

Joseph Francesco DeLores Eliot Pesci is the full name of the actor who was born in February 1943 in New Jersey. The boy grew up in a simple family. Mother Maria was an American and worked as a hairdresser. Father Angelo was an Italian immigrant who was a forklift driver for General Motors and a bartender in his spare time.

The son began to show talent early. At the age of 4, Joe Pesci made his radio debut. When the boy was five years old, he first went to the theater stage. In the 1950s, the capable and relaxed boy was a regular on a television variety show called Startime Kids.

Besides, Joe had a beautiful voice and ability for music. At the age of 20, he recorded his debut album, entitled Little Joe Sure Can Sing!. As a guitarist, Pesci played in a band for a while where famous Jimi Hendrix began his career. But the young artist decided that he should perform on the stage better than play the guitar. Therefore, he gave up the music and went to pursue an acting career.

Joe Pesci started his acting career in a low-budget project The Death Collector, released in 1975. The film was not successful for the actors or creators and failed at the box office. Pesci had to go to New York City, where he decided to start up the restaurant business.

But as fate would have it, Joe returned to the screen, where he found the right place. Three years later, famous Robert De Niro and Martin Scorsese looked for a candidate for the role of Joey LaMotta’s brother in the new project Raging Bull, and they recalled Pesci, who appeared in The Death Collector. Perhaps the fact that both stars were also of Italian descent helped the actor.

Joe Pesci agreed at once and played in the film, which immediately became cult. AFI included the drama about the boxer in the top 10 best movies about sports. The stunning success of the film made the creators and the entire cast very famous.

Pesci won the prestigious BAFTA Award for Newcomer to Leading Film Roles. Pesci also received recognition of the National Society of Film Critics and won the Award for Best Supporting Actor. Raging Bull was named one of the Greatest Movies of All Time.

In 1983, the film was followed by the drama Eureka about a gold miner, as well as the comedy Easy Money. Joe improved his acting skills, and he succeeded.

In 1984, Joe Pesci met De Niro again in the drama Once Upon a Time in America. This project directed by Sergio Leone also became a cult film. Initially, Joe Pesci auditioned for the role of Max, David's friend, the hero of Robert De Niro, but he was not selected. Then the director suggested that Joe should choose another character. He decided to play Frankie.

Having become a Hollywood star, the actor appeared in the European comedy project Everybody in Jail, where Pesci was offered a leading role. In the late 1980s, the actor could not but agree to play the role of villain Mr. Big in the musical film Moonwalker, where Michael Jackson performed the title character.

It was followed by the detective thriller Lethal Weapon 2, where Joe Pesci appeared alongside Mel Gibson and Danny Glover. Once again, Pesci’s hero was involved in criminal acts, but this time he came before the court as an important witness. The star trio turned out to be successful, and after a while, the third and fourth parts of the film with the same cast were released. For the role in the last movie of the franchise Joe Pesci earned $ 3 million.

In 1990, Joe Pesci played the role of mafia boss Leo Carelli in the thriller Catchfire, where Jodie Foster played the title character. Killer Milo (Dennis Hopper) falls in love with the eye-witness to the crime, Anne, although he is hired to kill the girl. They have close relations, but Milo blows himself up with his employers to get rid of the persecution.

The comedy Betsy's Wedding reinforced his status of the Hollywood star.

Joe Pesci won the long-awaited Oscar Award in 1990 when the actor starred in Martin Scorsese's movie hit Goodfellas. The film became cult and was listed in the top 20 of the 250 best films on IMDb. The role of Tommy DeVito helped the actor to reach the stardom. Pesci has been finally associated with gangster roles.

In the 1990s, viewers saw the adored actor in the Christmas comedy Home Alone with Macaulay Culkin. Over time, Joe Pesci included in his filmography a whole collection of comedy films about the boisterous child. Joe also appeared in the projects My Cousin Vinny, JFK, A Bronx Tale and Casino. Joe Pesci got the leading roles in the crime comedy Jimmy Hollywood. Jimmy Alto does not manage to build an acting career, but the unlucky artist gets a chance to validate his self-image, catching a dangerous criminal.

In 1998, Joe Pesci had a career break and returned to his favorite music. The artist released one more album. But in 2006, Robert De Niro returned the beloved actor to the public. Pesci starred in the directorial work of his longtime friend. It was the film The Good Shepherd about spying, in which Matt Damon, Angelina Jolie, Alec Baldwin also played.

In 2010, Joe Pesci agreed to portray the organizer of the first brothel in Nevada in the comedy Love Ranch. The actor’s partner was the English actress and Oscar Winner, Helen Mirren.

Personal life of Joe Pesci, as well as his acting career, has seen ups and downs.

The first wife of Pesci was actress Claudia Martha Haro. The spouses lived together for 14 years. They had the only daughter, Tiffany. But the beloved child could not save the marriage which fell apart in 1992.

In the summer of 2007, 64-year-old Joe Pesci had a love affair with 37-year-old fashion model Angie Everhart. But they dated only for a year, so nowadays glossy magazines publish the photos in which the actor is all alone or together with friends and actors.

Joe Pesci is not one of those actors who waste themselves on minor roles. The actor was waiting for a significant offer for seven years. In 2017, Martin Scorsese invited Joe to play in the gangster drama The Irishman, where three Hollywood stars: Robert De Niro, Al Pacino, and Joe Pesci work together.

The story was based on Charles Brandt’s novel I Heard You Paint Houses about killer Frank Sheeran (De Niro), who at the end of his life repented his crimes, including the murder of the head of the labor union, Jimmy Hoffa, as well as 24 gangsters.

On February 2018, the filming was completed. Now specialists work on visual effects which also make the main actors look younger as the film tells about the events of different years. Netflix financed the movie with a budget of $ 125 million. 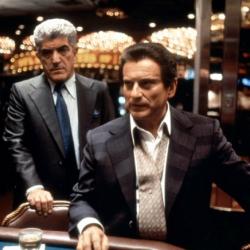