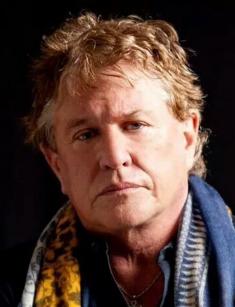 Tom Berenger is a Hollywood actor, the winner of the Golden Globe and Emmy, and the Academy Award nominee. The peak of the man’s career happened in the 1980-90s: no high-rated action movie could do without him. Although the artist worked in the 2000s as much as before, his loud glory decreased. Many fans remember him today and his roles in movie hits of their youth.

The would-be actor was born in Chicago in 1949. The parents were Irish Catholics who moved to Illinois not long before Tom and his sister Susan were born. The family had nothing to do with art. The boy’s father worked at the printing house of Chicago Sun-Times.

Initially, Tom was not going to devote his life to theater and cinematography. He used to visit his father at the printing house and dreamed of becoming a journalist. In 1967, Moore graduated from school and entered the prestigious University of Missouri. As the young man took an interest in football, he revised his plans and wanted to be a sports reporter.

An accident turned Tomas’s life upside down and made him Tom Berenger. The young man bet that he would play in the university play Who's Afraid of Virginia Woolf? The audience appreciated Moore’s acting much and showered him with applause. The dreams about journalism faded away; Tom fell in love with the stage.

Following his friend’s recommendation, the future artist took a stage name “Tom Berenger”: there was another actor named Thomas Moore. When Berenger graduated from the university, he joined an Illinois theater troop but moved to Big Apple soon: there were more opportunities there.

The young man studied acting at New York HB Studio, Herbert Berghof and Uta Hagen’s workshop. To earn his living, Tom worked as a steward for an air company and a hotel doorman.

Berenger was one of the best students at HB Studio. However, he was not invited to Broadway; the reason was pretty weird: he was “too handsome”. Thus, the actor had to take minor roles in mini-theaters and participated in Rose Tattoo and A Streetcar Named Desire. The artist gained the first recognition at Long Wharf Theatre in New Haven and went touring in Japan with the troop.

The actor began his movie career in the mid-1970s when he appeared in Agnes Nixon’s melodrama One Life to Live as a lawyer Tim Siegel. 1976 brought the full-length movie debut: the lead part in the comedy Rush It starring Jill Eikenberry and John Heard (the father in Home Alone).

1977 was marked with a breakthrough: Tom Berenger appeared in the much-talked-about horror Looking for Mr. Goodbar by Richard Brooks. He personified a maniac who chased a young teacher (Diane Keaton). The movie made both beginning actors famous and opened the road to the big screen.

Berenger was well aware of the power of television and gladly took part in TV projects. He worked on the biopic Johnny, We Hardly Knew Ye about young John Kennedy for NBC channel. As long as the critic John Willis saw the artist, he praised and openly admired him.

The bright role in the western Butch and Sundance: The Early Days summarized the artist’s achievements in the 1970s. He played the main character, Butch Cassidy, thanks to the resemblance with Paul Newman who had taken part in the 1969 original. Thus, critics and directors had no doubts: Tom looked brilliant with any role.

In the 1980s, Tom Berenger was at the zenith of his fame. He worked on Lawrence Kasdan’s melodrama The Big Chill starring Glenn Close and William Hurt and got a nomination for the Academy Award. Besides, the actor worked so hard on his roles in the drama Eddie and the Cruisers (1983) with Michael Paré and Fear City (1984) that he outshone even the positive characters.

In the mid-1980s, the man played in the western Rustlers' Rhapsody and Oliver Stone military drama Platoon. While the former work was almost unnoticed, the latter brought the Academy Award nomination and the Golden Globe.

Berenger met the director’s expectations to the fullest and portrayed the dutiful serviceman who transformed into a cold-blooded murderer.

In the late 1980s, Berenger played the lead roles in Someone to Watch Over Me and the thriller detective Shoot to Kill starring Sidney Poitier.

1993 gave Tom Berenger a new wave of people’s love. The series Cheers brought the artist the Emmy nomination. In Sniper, Tom Berenger and Billy Zane played the American snipers, Thomas Beckett and Richard Miller, who carry out a challenging mission in Panama. The movie sequels came out in 2003, 2004, and 2014.

In 1994, Berenger pleased millions of his fans by two comedies, the sequel Major League II with Charlie Sheen and Dennis Hopper’s Chasers where the actor co-starred with William McNamara and Erika Eleniak. Two years later, the action movie The Substitute was released; the artist personified a former CIA agent.

In the 2000s, Tom appeared in the adventure drama series Into the West and played Colonel J. Chivington; besides, he joined the cast of Christopher Nolan’s Inception. The top international stars gathered together in the latter project: Leonardo DiCaprio, Cillian Murphy, Marion Cotillard, and Tom Hardy.

Speaking of the recent works, the movie Smokin' Aces 2: Assassins' Ball and the three-episode western Hatfields & McCoys are the most notable projects. The series brought Berenger Primetime Emmy Award for Outstanding Supporting Actor in a Miniseries or a Movie.

The actor has six kids from four women. He spent eight years with his first wife, Barbara Wilson. Two children were born in the family: the daughter Allison and the son Patrick. However, the spouses divorced in 1984.

The next year, the actor married Patricia Alvaran who became the mother of another girl, Scout (born 1998). In 2011, this marriage also finished. Today, Tom Berenger is married to Laura Moretti; the couple has no kids together.

In 2019, the Hollywood star will celebrate his 70th anniversary. Aging does not prevent Tom from continuing his career successfully.

In 2017, the fourth sequel, Sniper: Ultimate Kill, was presented.

In March 2018, the western Gone Are The Days was premiered; the artist co-starred with Danny Trejo and Lance Henriksen. He is not going to slow down, and the future will bring new projects.