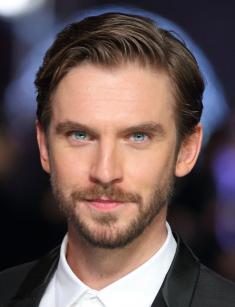 Daniel Jonathan Stevens is a British actor who became famous for the role of Matthew Crawley in the TV series Downton Abbey.

Dan was born on October 10, 1982, in London; he was left in an orphanage. Soon, the boy was adopted by the family of teachers. The would-be celebrity, his stepparents, and stepbrother lived in Wales and England. The boy attended Tonbridge School in Kent.

As a school student, Stevens tried himself on the theater stage. He made friends with the writer and teacher Jonathan Smith who recognized Dan’s talent. The mentor did not hesitate to give the tall young man (his height is 6 ft. or 183 cm.) with the expressive voice the lead role in Macbeth. By the way, it was the young actor’s first year at the theater studio.

After graduation, Dan entered Emmanuel College, Cambridge, and chose English Literature as his major. At the same time, he joined the Marlowe Society and the Footlights dramatic club where Hugh Laurie, Stephen Fry, Emma Thompson, Ben Miller, and other stars used to go.

In 1997, Stevens managed to gain the role of the murderer king in Macbeth by Peter Hall. The director’s daughter, Rebecca, personified Lady Macbeth. This play influenced the actor’s further career significantly.

Soon, Stevens went touring with his troupe and visited Kingston upon Thames. In 2004, the group visited the United States and performed at the Brooklyn Academy of Music in New York City, the Curran Theatre in San Francisco, and the Ahmanson Theatre in Los Angeles. It was a success: the role of Orlando from the comedy As You Like It brought the young artist the nomination for the most prestigious theater prize in England, Ian Charleson Awards.

In 2004, the actor debuted on the big screen and got a secondary role in the mini-series Frankenstein. In 2006, Dan participated in the fantastic thriller Dracula and played Lord Arthur Holmwood. The same year, Stevens appeared in the three-episode drama The Line of Beauty aired on BBC.

In 2009, two movies starring the actor came out. In the horror The Turn of the Screw with Michelle Dockery, Stevens personified Dr. Fisher; the German drama Hilde brought the lead role of David Cameron.

Apart from cinematography, the man was actively engaged in theater work. He collaborated with Judi Dench in the play Hay Fever and appeared in Arcadia staged at Duke of York's Theatre. In 2012, Dan Stevens was invited to The Heiress and cooperated with Jessica Chastain; the premiere was held in Broadway, New York.

In 2013, the actor came back to the screen and took part in the melodrama Summer in February starring Dominic Cooper and Emily Browning. The action-packed thriller The Fifth Estate with Benedict Cumberbatch and the sci-fi series The Tomorrow People were Dan’s projects as well.

In 2014, the Hollywood thriller The Guest by Adam Wingard was premiered at the Sundance Film Festival. Dan Stevens played the main character, David Collins. Critics appreciated the British actor’s work and nominated him for the Saturn Award.

The same year, Stevens participated in Shawn Levy’s adventure comedy Night at the Museum: Secret of the Tomb; he got the role of Sir Lancelot.

In the crime detective A Walk Among the Tombstones, the actor personified Kenny Kristo.

In 2006, Dan Stevens met the jazz singer from South Africa, Susie Hariet, when he toured in Sheffield. Soon, the couple married; in 2009, their first daughter, Willow, was born.

Three years later, Susie gave birth to the son Aubrey; in 2016, the daughter Eden was born. Nowadays, the woman teaches music at school.

Dan is a private person and avoids talking about his personal life with journalists. Stevens has an Instagram page and posts photos and videos related to his current projects.

2016 was marked with the movies The Ticket, Norman: The Moderate Rise and Tragic Fall of a New York Fixer, and Colossal. The next year, the spin-off of the thriller X-Men, the series Legion, was presented. Dan’s character, David Haller, suspects he has a mental disorder; later, he discovers his supernatural powers. By now, two seasons of the series have been released.

In March 2017, the fantastic fairy tale Beauty and the Beast was announced. Stevens played the prince who appeared in front of the young beauty, Belle (Emma Watson), as an ugly monster. The same year, the actor worked on Kill Switch, Marshall, Permission, and The Man Who Invented Christmas. 2018 brought the drama Her Smell and the horror Apostle.

Soon, the artist will appear as Hal in the movie Call of the Wild.