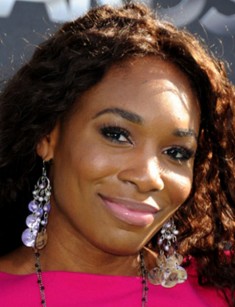 Venus Williams is the American tennis player, one of the most award-winning athletes of the modern times. By now, Venus has won Wimbledon five times and gained four gold medals in the Olympic Games. She has also won two Grand Slam tournaments.

The future tennis star was born in summer 1980 in the small town Lynwood, California. The father Richard Williams owned a security company, and the mother Oracene Price worked as a nurse. It was the second marriage of both parents. Oracene had three daughters from the first marriage: Yetunde, Isha, and Lyndrea.

Before Venus was born, the father watched the performance of Virginia Ruzici at The French Open; he learned that the sum of money for a winner was more than the family’s earnings per year. Richard was so inspired by the idea of his children’s sports career that he started studying this issue in detail.

It was the father who became the first teacher for Venus Williams and her younger sister Serena. He gave the girls adult rackets to play. Initially, the children were practicing ball hitting.

Venus appeared on the court when she was four. When the family moved to another town in California, Compton, she was engaged in tennis seriously and went to the children’s academy. Williams used to spend several hours training before and after school. Thanks to Richard, the famous coaches Zina Garrison and Lori McNeil worked with the girls. In 1990, the father helped Venus and Serena to enter the tennis academy in Florida supervised by Rick Macci.

The work results manifested themselves soon. Venus often won the children’s competitions. However, the father forbade the sisters to participate in such events because of the racial discrimination among fans and even judges.

Richard told the girls to pay more attention to school studies and took them back from the tennis academy. Still, he let them continue to train under his guidance. Venus came back to competitions only at 14 and started her professional career at the same time. Venus’s talent had a great impact on her life: although she lacked tournament experience, her energy was incredible, and she could move from one angle to another quickly, as well as react on her opponent’s moves.

In 1997, Venus Williams shocked the audience for the first time: the young athlete was debuting in one of the most prestigious competitions, US Open, and managed to reach the final. The whole world was talking about her. Three years later, the player took the first cup of Wimbledon. She repeated this accomplishment four more times and gained the unofficial title “Queen of Wimbledon.” The woman’s height is 185 cm., and her weight is 73 kg.

Venus was equally successful in the Olympic Games: she won the gold medals in Sydney, Beijing, and London. The court achievements made the athlete one of the best tennis professionals. In 2002, Williams was the number one in singles; in 2010, she achieved the same result in doubles.

The chain of victories was followed by the period of decline caused by Venus Williams’s disease. From 2013, the athlete began to go to the top positions for the second time. She regularly achieved the final games in Auckland, Quebec, The French Open; Venus Williams won in the WTA singles in Dubai.

By the end of 2015, Venus came back to the rating of the top tennis players; she won the Comeback of the Year Award by Women’s Tennis Organization. In 2016, the athlete participated in her fifth Olympic Games where she took the second place in mixed doubles with Rajeev Ram.

According to statistics, Venus is among the top 10 players in the world. The woman believes that her sister Serena is the most challenging opponent for her: in the majority of cases, the younger sister plays better.

Venus Williams used to keep secret her personal life. It was later discovered that the woman had the relationship with the professional golfer Hank Kuehne until 2010. After they split up, Venus started dating the Cuban Elio Pis, the popular model in Latin America. However, no marriage followed.

Today, Venus is not married and has no children; she believes it is advantageous for her sports career.

Venus is fond of fashion and clothes design. She has received the education related to this sphere: in 2007, the woman graduated from the Art Institute of Fort Lauderdale.

In 2011, the tennis player was diagnosed with a dangerous disease: the Sjögren syndrome. In other words, the athlete’s immune system was damaged. She had to stop participating in the annual American tournament. Doctors recommended Venus to turn back on meat and reduce the amount of sugar. The vegetarian diet proved to be effective. Today, the tennis player continues to be one of the leading sports figures.

In 2017, Venus Williams attracted public attention by the changes of her private life. The athlete was seen with the young financial magnate Nicholas Hammond who was 12 years younger than Venus. According to observers, the couple went to the restaurant East Pole in New York and showed many signs of attention to each other.

According to reporters, the young people met at the Wimbledon court. Later, the couple was present at the wedding of Serena Williams and Alexis Ohanian, the founder of Reddit. The event was celebrated after their daughter was born.

Venus had a special attitude to her niece; she wrote “My two favorite people” under the photo of her pregnant sister posted on Instagram.

Summer 2017 was darkened with the unpleasant event: Venus Williams had a car accident. Tabloids reported the crash was caused by the athlete’s actions when she wanted to get through when the light was red. The reckless behavior resulted in the crash of Venus’s Toyota Sequoia and Hyundai Accent; the senior passenger of the car hit by Williams died. Venus denied her guilt.

At the beginning of 2018, The Australian Open singles took place; Venus lost to the Swiss player Belinda Bencic in the first round.

In March 2018, Venus Williams participated in Indian Wells, the USA. She reached the fourth round and faced Anastasija Sevastova; Williams won with the score 7:6, 6:4. Carla Suárez Navarro became the American’s next rival; Venus was brilliant and defeated her opponent with the score 6:3, 6:2. On March 17, the semi-final game occurred. Venus lost to Daria Kasatkina in two out of three sets; due to this victory, Kasatkina continued to compete and met the Japanese player Naomi Osaka in the final. 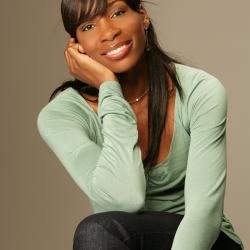