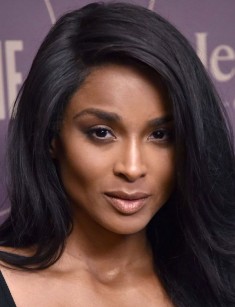 Ciara is one of those talented people who have realized themselves in many spheres. The woman began her career as a singer but soon proved her abilities as a model, dancer, and even producer. Today, Ciara is a good example to follow. She does not seem to stop developing.

The future star was born on October 25, 1985, in Austin, Texas. The girl’s father was a serviceman, so the family had to move frequently. Ciara used to live in New York, California, Arizona, and even Germany. In a while, the parents settled in Atlanta where Ciara Princess Harris spent the majority of her childhood and youth.

As the singer confessed in one of her interviews, she dreamed of becoming a model in her childhood: she imagined herself walking the runway in fashionable clothes, and her photos would appear in glossy magazines. However, when Ciara was a teenager, she saw a concert of Destiny's Child and realized she wanted to perform on the stage.

The music and vocal classes transformed the young woman’s life: she had to forget carefree walks and going to a cinema with her friends because of rehearsals. However, all the endeavor was worth it.

The girls’ band where Ciara began her career was not popular. Still, the producer Jazze Pha noticed the talented beauty at that time. Soon, Ciara signed a contract with a recording studio. In 2004, she presented her debuting album Goodies that immediately made her popular.

In the first seven days, hundreds of copies were sold. Besides, the album topped international music charts for several weeks. Following the success, Ciara went to her first tour that brought the young woman new fans.

2006 was marked with the second album, Ciara: The Evolution. According to the musician, the title was meaningful: three years after her first work, she grew up as a professional and a person. As a result, it could be traced in her songs. Ciara not only repeated the success of Goodies but also surpassed it: in a couple of days, the new collection became platinum, and the songs “Get Up” and “Like a Boy” remained popular for more than a year.

In 2009, Ciara presented the next album, Fantasy Ride. “Love Sex Magic” performed with Justin Timberlake became the greatest hit. American and international music channels were broadcasting the music video for this song; it was nominated for Grammy. At the same time, the album itself was not much popular. Soon, Ciara went to another tour and amazed the audience with her artistic abilities and choreography.

The same year, Ciara collaborated with Enrique Iglesias and presented the track “Takin’ Back My Love.” Enrique also performed this song with Sarah Connor and the French singer Tyssem.

2010 brought another not-so-popular album. The next year, Ciara changed her record company and began to cooperate with Epic Records. The 2013 album Ciara notable for the song “Body Party” was created with this company. Another work, Jackie, came out in 2015; fans remember the songs "Dance Like We’re Making Love” and “One Woman Army.”

After the traditional tour, Ciara had a time-out in her career. In 2017, it was announced the singer started working on the next album. She gave journalists a hint that she was going to add a new genre in her music and make her songs different from the previous ones. The details remain unknown; the album is expected to be released soon.

Ciara’s movie works are also bright. In 2006, she debuted on the big screen in Neema Barnette’s youth comedy All You’ve Got. In 2012, the singer appeared the musical movie Mama, I Want to Sing! starring Lynn Whitfield, Billy Zane, and Patti LaBelle.

Besides, one can see Ciara in Sean Anders’s movie That's My Boy and the series The Game where she played herself. Unfortunately, Ciara’s movie career is less successful than singing: the projects with her are not much popular.

Ciara’s height is 171 cm., and her weight is 56 kg. The beauty has never lacked admirers’ attention. The rapper Future became the young woman’s partner; the couple married in 2013. The marriage of two musicians seemed to be perfect, but problems arose soon.

Rumors had it the musician was cheating on his wife. Ciara tried to ignore these speculations, but she had to admit soon: Future was not loyal to her. After the media reported about the man's new affair, Ciara broke up with him. The son Future Zahir Wilburn was born in this marriage.

After the divorce, Ciara did not spend a lot of time alone: in 2016, she married for the second time. The football player Russel Wilson (Seattle Seahawks) became her husband. Despite the different interests, the couple seems to be happy together. In 2017, the singer gave birth to a daughter Sienna Princess Wilson. According to Ciara, she likes to spend her free time with her children and husband.

Following a pause, Ciara appeared in the news again: at this time, her skimpy outfit at Billboard Music Awards 2018 was widely discussed.

The light silver dress impressed everyone: it was provocative yet showed the artist’s wonderful body. Many Instagram users, as well as people in other social networks, liked the photos from that event. 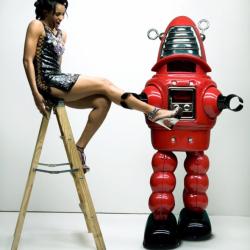