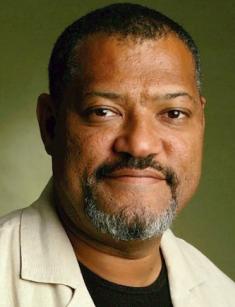 “I can only show you the door. You have to walk through it”.

This quote of Morpheus from The Matrix, as well as other quotes, continue to be relevant today. The role of the brutal Captain of Nebuchadnezzar in this project made Laurence Fishburne popular all over the world, and his later roles strengthened his position.

Laurence John Fishburne III was born on July 30, 1961, in Augusta, Georgia. The future actor’s mother, Hattie Bell Crawford, taught math in a local school, and the father, Laurence John Fishburne, Jr., worked as a juvenile corrections officer. The parents divorced soon after their son was born; the mother and Laurence moved to Brooklyn; today, the actor considers this city to be his home.

Soon, the woman married an English professor; the stepfather brought up the boy and recommended the mother to take him to a drama club as he noticed Laurence’s acting talent. Thus, Fishburne got his first theater role at the age of ten; at the same period, he debuted on television and appeared in episodes of various series.

In a year, he played many children’s roles in two New York theaters. At 14, the teenager appeared in the full-length movie Cornbread, Earl and Me and played a young man who witnessed a basketball player’s murder. In 1975, Laurence entered an acting school in New York; he dreamed of building an acting career.

The acquaintance with the famous director Francis Ford Coppola changed the young man’s life. The movie maker began to work on his drama about the Vietnam war Apocalypse Now starring Marlon Brando and Martin Sheen. 15-year-old Laurence got the secondary role of Tyrone "Mr. Clean" Miller.

The drama was a tremendous success; it won a prize at the Cannes Film Festival and was nominated for the Academy Award. Later, Fishburne appeared in other Coppola’s projects: Rumble Fish (1983) and Gardens of Stone (1987).

Laurence had not even turned 25 when he collaborated with Steven Spielberg and appeared in his 1985 movie The Color Purple. Two years later, the actor participated in Chuck Russell’s A Nightmare on Elm Street 3: Dream Warriors. In 1990, Fishburne played in Abel Ferrara’s action movie King of New York; Christopher Walken, Steve Buscemi, and Wesley Snipes became his stage partners.

In 1991, 30-year-old Laurence played a father who tried to protect his son from street bulling in the drama Boyz n the Hood. Critics welcomed the project and marked the actor’s professionalism. In 2002, the movie was included in the National Film Registry that contained culturally valuable works.

In 1995, the artist played the main character in the screen adaptation of Othello; strange as it may seem, it was the first time in the American cinematography when a black actor played the jealous Moor. The French actress Irène Jacob personified Desdemona.

The same year, Fishburne tried himself as a theater director and presented his drama Riff Raff about the relationship of a white drug addict and a black person.

The role of Morpheus in the Wachowskis’ movie The Matrix brought the 38-year-old actor international recognition. The mysterious Captain introduces the main character, Neo (Keanu Reeves), the world of the Matrix. The whole world was watching this extraordinary movie for more than a year; the second and the third movies, as well as games and comics, followed.

After The Matrix, the actor turned over a new leaf in his career: he tried himself as a movie director. His debuting work, Once in the Life, was released in 2000.

In April 2008, Laurence played in the one-person Broadway play Thurgood and gained Drama Desk Award. In 2010, he participated in the fantastic action movie Predator.

Fishburne has received many prizes and nominations; the role of Morpheus brought the majority of them. The Matrix presented him Chicago International Film Festival - Career Achievement Award and Blockbuster Entertainment Awards - Favorite Supporting Actor - Action/Science-Fiction. Besides, the man got TV Movie + TV Awards - Best Fight.

In 1994, the actor was nominated for the Academy Award for the role in What's Love Got to Do with It. This biopic tells the story about the great singer Tina Turner. Fishburne played her husband who used to be a promising producer and musician at the beginning of their life together but turned into a jealous tyrant who abused his more famous wife.

Laurence has been married twice. In 1985, he married the actress Hajna Moss. Two children were born in this family: the son Langston (1987) and the daughter Montana (1991). The couple divorced in the late 1990s.

The actor met Gina Torres at the movie set of The Matrix; she played Cas. In 2001, the lovers announced their engagement; on September 22, 2002, they married and settled in Hollywood. Five years later, the daughter Delilah was born.

In 2010, Laurence’s daughter, Montana, was involved in a scandal: the 19-year-old woman appeared in X-rated movies sold on the Internet and sex shops. The actor’s friends tried to buy out the copies for $1 million, but the sales had already begun by that moment.

Fishburne said he would have nothing to do with his daughter until she changed her behavior. The father was furious that Montana used her real name. The woman’s career lasted for two years; the police arrested her for robbery and prostitution. Besides, she used to work in a Houston club as a stripper.

Judging by Montana’s Instagram pictures, she is happy about her life and herself: the woman posts photos in provocative clothes and shows her fit body. In February 2018, Montana posted a photo with Laurence and wrote: “He believes in me.” Many fans guesstimated that the father and the daughter made it up.

Laurence Fishburne is a UNICEF ambassador. The actor likes Paulo Coelho’s novels and even said in his interview he would like to adapt the book The Alchemist to screen.

In September 2015, Laurence and Gina stopped visiting social events together; in September 2017, the paparazzi noticed Torres with another man, and she was not wearing a ring. After the photos were published, the actress told the media that the legal separation had begun. However, the former lovers remained friends and continued to communicate and bring up their daughter together.

The actor is actively engaged in new projects. In 2018, the action movie Ant-Man and the Wasp was premiered; 2019 will bring the tragicomedy Where'd You Go, Bernadette based on Maria Semple’s book under the same title. 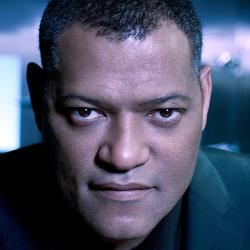