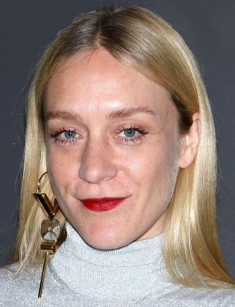 Chloë Sevigny is a talented actress, who has won viewers’ hearts thanks to her spontaneity, talented acting, and unique style. Movies with the participation of the beautiful blonde women have become popular immediately, and the actress’s various photos delight fans on the spreads of glossy magazines, Instagram groups and other social networks.

The full name of the actress is Chloë Stevens Sevigny. The future star was born in the city of Springfield, Massachusetts, on November 18, 1974. Chloë's mother, Janine Malinowski, is an American of Polish descent. Father David Sevigny is a Frenchman from Canada. Chloë has an older brother, Paul.

The girl was raised in a strict Roman Catholic household. According to Chloë, since childhood, she dreamt of acting and audience applause. Every summer, Chloë Sevigny spent in theater camps, getting acquainted with the basics of the profession and trying her hand at theatre productions.

Chloë’s parents did not earn well, so the future actress had to make extra money to help the family. Chloë was not afraid of any work, for example, the girl swept tennis courts and looked after the children.

Despite such a responsible behavior, as a teenager, Chloë managed to try forbidden things. The girl smoked, drank alcohol, and was seriously addicted to drugs. Chloë’s parents even had to send their daughter to Alcoholics Anonymous meetings, where psychologists helped the girl in time, and she was impressed by a negative example of other unfortunate people who faced this trouble.

Later, Chloë Sevigny said in an interview that such a bad experience was not in vain. Now the actress is not interested in drugs. According to Chloë, it is better to experience this during adolescence, because it is much more difficult for an adult to get rid of the addiction.

At the age of 18, Chloë Sevigny went to conquer New York City. The girl’s career beginnings were just like a movie. One day, the editor of a fashion magazine spotted Chloë around the city and invited the attractive blonde to shoot in advertising. Of course, Chloë agreed to such a tempting offer and soon began to appear in commercials and music videos.

Chloë's cherished dream of cinema came true two years later. In 1994, Harmony Korine, Chloë's school friend, and aspiring director invited the girl to play a role in the film Kids. The film was low-budget, and even Harmony did not expect that project would be very successful. However, the director was wrong because viewers and critics noticed not only the film but also Chloë's fantastic acting.

The actress got a leading role in Kids. Chloë's heroine, a teenage girl, first encounters the world of drugs and sex. Soon it turns out that the bold experiments have left the mark as the girl has AIDS. Chloë Sevigny managed to show the heroine’s state of despair and pain.

Chloë Sevigny's filmography began to add more and more projects. After Gummo, the films The Last Days of Disco and Palmetto appeared. Besides, she participated in a theatre production Hazelwood Jr. High. The story centers teenage girls who committed the brutal murder of a friend. The audience was delighted with Chloë’s acting because the woman managed to play a realistic and challenging role.

Chloë Sevigny made a breakthrough after the release of the movie Boys Don't Cry. The girl got the role of protagonist Brandon’s girlfriend. The problem is that Lana (Chloë Sevigny’s heroine) is unaware that Brandon is actually a woman. Chloë attracted numerous fans, the film received critical acclaim, won several awards and received an Oscar nomination. Hilary Swank played the role of Brandon.

Skeptics predicted that after Boys Don't Cry Chloë Sevigny would be associated with one role, but the girl proved that she could do better than that. The next bright works of the actress were the films American Psycho, Dogville, and The Brown Bunny directed by Vincent Gallo. The last film caused a scandal in cinema society, and the agency that worked with Chloë even terminated the contract with the actress. The fact is that The Brown Rabbit ended with a sex scene, which many people considered too provocative.

Chloë admitted that she did not regret the participation in this project. According to the actress, the opinion of other people does not matter if a person is self-confident.

Chloë Sevigny has also said in many interviews that she is picky about the roles, paying attention not to the income, but to the script. For example, the woman was offered a role in the film Legally Blonde with charming Reese Witherspoon, but the actress refused.

Chloë has also got roles in the series. The first project with the participation of the actress was the series Big Love about the fate of the Mormon family. This drama about the relationship of a husband, three wives, and countless children did not leave anyone indifferent. Chloë worked on this project for five years, won the Golden Globe Award for Best Supporting Actress.

Nowadays we cannot imagine one more series without Chloë. It is American Horror Story, which has won fans’ hearts all over the world. Chloë played in the second and fifth seasons. In 2016, Chloë played in a horror film again. The actress got a role in the movie Antibirth. The same year, the melodrama Love & Friendship, based on the novel by writer Jane Austen, was released.

Chloë Sevigny had the first famous love affair with director Harmony Korine, who contributed a lot to his girlfriend’s acting career. Unfortunately, despite the common hobby, their relationship was not meant to last long.

After the breakup with Korine, Chloë Sevigny began dating musician Jarvis Cocker. However, they soon separated. One more musician in Chloë Sevigny's personal life was Matt McAuley. Their relationship lasted until 2008.

Chloë prefers not to tell about her relationships now, leaving them to the fans’ imagination. It is a known fact that Chloë Sevigny has never been married. The actress has no children either. Moreover, in 2016, Chloë admitted in an interview that she planned to remain childless, believing she could preserve her youth for a long time this way.

Nowadays Chloë Sevigny continues to film. In 2017, the fans of the actress were glad to watch the movies The Dinner, The Snowman, Black Dog, Red Dog, etc. 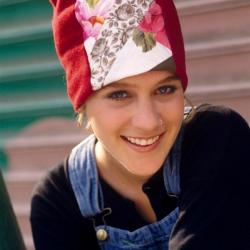