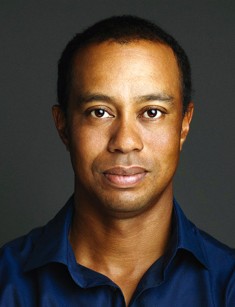 There are many respectful and wealthy athletes in the United States. The famous golfer and the billionaire Tiger Woods is one of them. He is the top-ranked star in the world who has achieved best results and gained 14 titles of the major golf championships and 118 victories. Only Jack Nicklaus surpassed him in the number of victories.

Eldrick Tont Woods known as Tiger Woods was born on December 30, 1975, in Cypress, California. The would-be star’s father was the retired lieutenant colonel who participated in the Vietnam War. It was the father who gave Eldrick the family nickname “Tiger” which was the name of his friend and comrade in the army.

When Woods was only nine months old, he broke his first record and scored during a golf tournament that his family came to watch. Reporters managed to record that moment by accident; it was a sensation. Eldrick’s name was included in the Guinness World Records.

In 1984, 9-10-year-old children took part in the Junior World Championship; an exception was made for eight-year-old Eldrick who won despite the fact he was younger than other participants. Such fascinating victories in children’s competitions and amateurish tournaments opened the road to the world of professional sports.

Climbing the career ladder seemed to be easy for the best golfer in the world; however, only the man himself knows how much energy and time it took to reach perfection in this sport.

In 1996, the Greater Milwaukee Open took place. Eldrick debuted in that championship and placed 60th in the first season. However, the next two tournaments made Tiger the best player among the new participants.

In 1997, Tiger demonstrated his first significant results in the Masters Tournament. The media spoke about the sportsman a lot, and fans considered him to be the favorite player whose style was ideal. People were attracted by his professionalism, charisma, and interesting appearance: his skin color was beautiful (Eldrick was the person of the mixed origin).

In 2000, Tiger Woods became the best golfer in the world. In the next year, he strengthened his position in the 2001 Masters Tournament. Golf was not a mere hobby for the man: it was the meaning of his life and the source of income.

In 2004, the chain of bad luck followed; he placed 9th in the British Open. At that period, the sportsman thought about changing his career and becoming a military man like his father. However, in a year, he gained his fame: Tiger flew to the top position of the golfers’ rating.

Tiger had 93 victories; 71 of them were won in PGA championships. According to Associated Press, in 2009, Woods became the best golfer of the last decade.

Women noticed the young and handsome sportsman at the beginning of his career. Many of them were using tricks to meet Woods and earn his favor. For example, Sarah Ferguson, the Duchess, suddenly “changed” her occupation and became a reporter so that she could record a video about the golfer.

The famous model Tyra Banks often asked to give her some golf lessons. The tennis player Monica Seles even broke up with her husband to “communicate” with the young sportsman. However, it was Joanna Jagoda who conquered his heart first; rumors had it she was Woods’s first woman.

In 2004, Tiger Woods married. Perhaps, his passion and wavering attention caused that failure in sports when he placed 9th. His beautiful wife Elin Nordegren gave birth to three children. However, Woods could not be an exemplary family man; he was distracted by his fame and numerous women.

In 2013, the golfer met Lindsey Vonn, the alpine ski racer and the Olympic champion; their relationship lasted for two years.

According to Forbes, Tiger Woods is the highest-paid player in the world ($50 million annually). Today, his fortune is estimated at $600 million. Woods is considered to be the first billionaire among athletes; by the way, he earned some money collaborating with different companies (Gillette, Nik, Buick, and others).

Today, “Tiger Woods” caps are popular in the market.

Gardeners are also acquainted with Tiger Woods’s name: the sort of white lilies was named in his honor.

In 2014, the golfer number one had severe problems with his back; he had to miss several tournaments. He had tried to come back to sports several times and claimed he had recovered but withdrew from participation in the last moment as he started feeling pain again. In three years, Woods had three spine surgeries.

In 2016, Woods played after the 15-months treatment and placed 15th among 18 sportsmen.

Tiger continues to recover. He confessed to journalists he would never have the chance to feel like a great player again because the traumas he had had would prevent that. However, the star’s fans are waiting for his new triumphs and believe in his future victories. 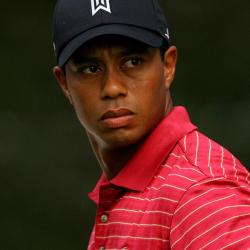