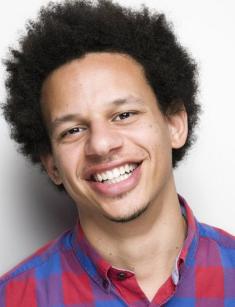 Eric Andre is an owner of self-titled comedian TV show he is majorly famous for. Besides, he has starred in numerous hit pictures and programs. What makes him so special? Why are his projects viewed by a wide audience worldwide? Read below and know!

Erica Andre's birthplace is Florida. He was raised in a multicultural family – his dad had African and Haitian roots, while mom was of Jewish ancestry. So, Eric is of a mixed race. Speaking about his parents' occupations, Andre's father worked as a psychiatrist, and his mother was a housekeeper and brought Eric up. In 2005 he completed his college education. While at university, the celebrity learned to play the double bass and was a real star of concerts, performances held in the educational establishment.

In his future admissions, Andre said his classmates and other pals had noticed his sense of humor and often invited him to parties – he was some kind of ‘life of the party’, always had jokes and funny stories to tell. Besides, Eric himself was a big fan of comedian shows and credited his sense of humor to those programs.

Eric Andre has launched and currently works as a host of The Eric Andre Show – the program of a parody genre. It parodies famous talk shows and is broadcasted on Cartoon Network Channel. Its crew makes pranks, presents author's jokes, creates funny sketches and invites various celebrities to interviews (one of the most famous episodes were interviews with Amber Rose, Abby Lee Miller and Andy Samberg). As for today, Andre is working on season 5 of the program.

Later, Eric Andre was invited to star in the comedy series entitled Don't Trust the B---- in Apartment 23. Around that time, fans could see Andre among actors of 2 Broke Girls.

In 2015 one more project Andre took part in recording of - Man Seeking Woman – was shown on screens for the first time. The program was canceled at the beginning of 2017.

Eric Andre is an owner of the music collective entitled Blarf. Remarkably, it consists of only one member – Andre himself. In 2019 he concluded a contract with a recording company which helped him in dropping his first solo music project named ‘Blarf - Cease & Desist.’ It brought the celebrity much attention from the public. Anthony Fantano, a YouTuber and professional music critic, published a video where he shared his opinion about the work.

In 2019 the celebrity embarked on a tour around the world.

Eric Andre’s net worth is evaluated at $5 million.

As for Eric Andre’s private life, he has had several serious relationships. So, in 2012 he began dating Tatyana Ali, a famous actress and a model. The two parted ways in 2014.

Two years later, Andre was seen spending time with a new girlfriend -Rosario Dawson - also a media personality. They split up in 2017.

According to Andre, his affairs ended up in breakup because of publicity and career. So, both Tatyana and Rosario were celebrities with a tight schedule. It is really hard to build a relationship when two partners work hard and have no time for love.

Nowadays, there are rumors Andre has a new girlfriend. However, her name is unknown.

Besides, some people claimed Andre was a gay after an episode of his show when he kissed his colleague James Adomian.

There is a famous mem featuring Andre – it is known ‘Let Me In’.

In 2016 the actor was mixed up with a scandal about politics with Alex Jones.