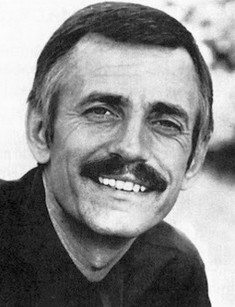 The French musician, conductor, and arranger Paul Mauriat is known all over the globe. His love of music gave him the chance to combine various music styles, create the unique atmosphere, and generate emotions in listeners.

Paul Mauriat was born in Marseille, France, on March 4, 1925. When the child was three years old, he got the first glimpse of music: the parents noticed the boy was touching the piano keyboard with enthusiasm and produced melodic sounds. Paul tried to reproduce the music he had recently heard on the radio.

As soon as the father noticed his son’s talent, he started developing the boy’s abilities. Thus, the interest in playing the piano transformed into the serious issue. Paul was a responsible learner who genuinely loved music.

The father who was a postal worker took an interest in musical instruments; he could play the guitar, the piano, and the harp. The man’s pedagogical talent instilled the desire to learn. During these lessons, the boy learned through play and quickly absorbed the basics of music. Six years later, Paul got acquainted with the world of classical and variety music and even participated in shows for several months.

At 14, the young man dreamed of becoming a professional musician, but a coincidence changed his destiny: Paul went to a student’s jazz club concert and realized it was something new to him. Mauriat decided to join a jazz orchestra but faced the problem: he lacked the necessary education. Under these circumstances, Paul planned to go to Paris, study in the conservatory, and obtain the required skills. However, the war escalated; the city was occupied. Paul Mauriat stayed in Marseille where it was relatively safe.

Paul Mauriat began his career in the classical music and created his first orchestra at 17. Adult musicians played there; some of them were old enough to be Paul’s father. During the Second World War, the French music halls and cabaret audience liked the new orchestra which stood out for its unique style: the symbiosis of classical music and jazz. The group broke up in 1957; Paul Mauriat went to Paris.

In this city, he became an arranger and accompanist and signed the contract with the recording company Barclay that had collaborated with Charles Aznavour, Dalida, Maurice Chevalier, and other famous performers. In 1962, together with the composer and conductor Franck Pourcel, Paul Mauriat had his first hit released: it was the song “Chariot.”

In the 1970s, Mauriat took an interest in cinematography. Paul Mauriat and Raymond Lefèvre created musical compositions for the movies The Troops of St. Tropez and The Gendarme in New York; the collaboration with Mireille Mathieu and André Pascal followed. “Mon Credo” performed by Mathieu became a hit. Overall, Paul Mauriat created 50 songs.

With all that being said, Paul Mauriat’s career was not cloudless. By 40, the musician kept dreaming of his own orchestra. However, beat groups were popular at that time while orchestras took a backseat.

Small music groups were always changing, and this phenomenon seemed to be the trademark of that epoch. Mauriat believed he should develop his career as a conductor. In 1965, he gathered the orchestra which performed unusually soulful music; the tickets to its concerts were bestselling. Fed up with fashionable styles, the public warmly welcomed the perfectionist conductor and his orchestra which played diverse music: jazz, variety songs, instrumental versions of pop compositions, and classical music. Besides, the orchestra’s repertoire included the songs created by Mauriat himself, pop music, and even folklore.

In 1968, the orchestra version of the song “Love is Blue” which had been performed at Eurovision a year before, topped US music charts and became famous in other countries as well. Mauriat was recognized all over the world: America, Canada, Brazil, South Korea, and the USSR greeted wholeheartedly. In Japan alone, Le Grand Orchestre de Paul Mauriat was giving 50 concerts in a year.

Mauriat’s orchestra was international; musicians often changed each other. Many professionals who played various instruments joined the group. The conductor believed musicians from different countries were notable for playing a certain instrument in his orchestra. For instance, the Mexicans played the trumpet, and the Brazilians played the guitar. Speaking of Soviet musicians, Mauriat dreamed of collaborating with violinists and cellists.

In 1997, Paul Mauriat recorded his last album Romantic. In 2000, he handed over the running of the orchestra to his mentee Gilles Gambus who had taken part in many prestigious tours as the orchestra member, cooperated with Dalida, and created many arrangements. In 2005, Jean-Jacques Justafré became the orchestra’s leader.

Music was the indispensable part of Paul Mauriat’s life. His schedule was always planned for months; the musician worked in his home country and toured. His musicians had time to learn new compositions and record them while the conductor was creating novel masterpieces.

Mauriat was happy in love; his wife Irène’s worldview was similar to his. Although there were no children in the family, Paul was not upset. During tours and trips, Irène was always there for her husband.

The couple’s love story is romantic: the spouses were inseparable. There were no intrigues, suspicions, and cheating. Paul believed their harmony could be explained by their different characters. Irène worked as a teacher and loved her profession; however, she left her job and accompanied Paul everywhere when he asked her.

Irène Mauriat buried her husband in 2006. She remained silent and did not show her bitter feelings to the press.

The conductor died in Perpignan, the south of France. He did not live to see his 82nd birthday four months. The musician died of leukemia: he had suffered from this disease for a while. Mauriat was buried in the quiet Perpignan cemetery.

In 2010, Irène Mauriat told journalists The Paul Mauriat Orchestra had ceased to exist, and those who used this name were pretenders. Today, Paul Mauriat’s immortal works are performed by other music groups; there are also many videos of such concerts.

Paul Mauriat’s music continues to attract people, and his albums are being sold out. Memories of Russia, Rhythm and Blues, and A Taste of Paul Mauriat are the most popular albums today. There are many photos and videos from Mauriat’s concerts on the Internet.

In Russia, the conductor became famous thanks to the programs “Kinopanorama,” “V Mire Zhivotnykh” (“In the World of Animals”), the weather forecast, and the Soviet cartoon “Nu, Pogodi!” (“Well, Just You Wait!”). 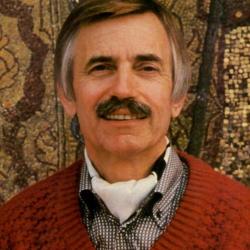