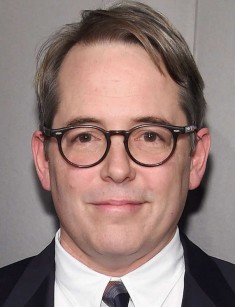 Viewers around the world have always been accustomed to the fact that actors and actresses have often played pupils and students although they graduated from similar educational institutions long ago. Nevertheless, thanks to their appearance, some artists cope with such roles successfully, and you are amazed when you find out how old they are. A vivid example of it is Matthew Broderick.

The future actor was born on March 21, 1962, in New York City. Matthew's father, James Broderick, had Irish ancestry, and his wife Patricia Biow was Jewish.

Broderick attended Walden School in New York City. At school, the guy was seriously interested in football and was thinking about the career of a professional athlete, but he had to renounce this idea after a severe knee injury.

Matthew was upset at this turn of events but found the strength not to fall into despair. Instead, Broderick enrolled in a theater group. After a couple of months, people could see him on the stage in the production On Valentine's Day.

Matthew Broderick made his screen debut in 1981. The actor played a bit part in the TV series Lou Grant. He debuted in a full-length movie two years later. It was Herbert Ross's film Max Dugan Returns.

Later, Matthew took part in the theatre production of Neil Simon’s play Brighton Beach Memoirs, for which he won the Tony Award. John Badham, the director of the films Saturday Night Fever, Short Circuit and Bird on a Wire, found out about the actor and invited him to play in his new project WarGames. The film became a hit and made the actor world famous (including in the USSR).

The following year, the actor appeared in the film Ferris Bueller's Day Off, directed by John Hughes (The Breakfast Club, Curly Sue, Planes, Trains and Automobiles). In this film, Matthew had a chance to play with Alan Ruck, Mia Sara, and Jennifer Grey.

In 1988, Broderick together with Christopher Walken appeared in Biloxi Blues directed by Mike Nichols (The Graduate, Catch-22, Regarding Henry).

In 1990, Matthew had a chance to play with Marlon Brando in the movie The Freshman. The film was directed by Andrew Bergman, best known for such works as Honeymoon in Vegas, It Could Happen to You and Isn't She Great. After a three-year break, the actor returned to the acting in the film The Night We Never Met by Warren Leight.

The same year, Broderick tried his hand at voicing of cartoons. He voiced a character of the film The Thief and the Cobbler. The experience turned out to be successful, and a year later Matthew was the voice of Simba, the character of the cartoon The Lion King directed by Roger Allers and Rob Minkoff. In 1998 and 2004, he had such roles again.

Two years later, Matthew starred alongside Jim Carrey, Jack Black, and Leslie Mann, in the black comedy film The Cable Guy. The movie was shot by actor and director Ben Stiller. In 1997, Broderick appeared in the film Addicted to Love directed by Griffin Dunne (Practical Magic, The Accidental Husband). Actresses Meg Ryan and Kelly Preston also appeared in the movie.

In the 2000s, Broderick appeared less frequently in new films. In 2000, he starred in Kenneth Lonergan’s film You Can Count on Me, alongside Laura Linney, Mark Ruffalo, and Rory Culkin.

In 2004, Broderick played a role in The Stepford Wives, the film adaptation of the novel by Ira Levin. The film was shot by Frank Oz, the director of Little Shop of Horrors, The Score and Death at a Funeral. Nicole Kidman and Christopher Walken also played in the film.

In 2004, Jeff Nathanson’s comedy film The Last Shot was released. The movie is based on a real FBI special-forces raid. In this film, Matthew Broderick starred together with Alec Baldwin and Toni Collette. In 2006, he portrayed the warring neighbors alongside Danny DeVito in the comedy Deck the Halls directed by John Whitesell.

In 2007 and 2008 he voiced characters in the animated films Bee Movie and The Tale of Despereaux. In 2011, the actor starred in the comedy Tower Heist of Brett Ratner (Red Dragon, Rush Hour), where Ben Stiller, Eddie Murphy, Casey Affleck, and Michael Peña also played.

Since 2014, Broderick has participated in the voicing of the cartoon BoJack Horseman. Since 2016, he has played alongside John Travolta, Cuba Gooding Jr. and Sarah Paulson in the series American Crime Story.

In early years, he dated actress Jennifer Grey. In 1987, the couple broke up.

In 1996, the photos of Broderick and Sarah Jessica Parker, the future star of Sex and the City, appeared in the media. The following year, the actors celebrated a wedding.

In March 2017, the film Rules Don't Apply directed by Warren Beatty (the actor of Bonnie and Clyde, Dick Tracy, Town & Country) was released in America. The film is based on the biography of the American director, engineer and entrepreneur Howard Hughes. Besides Warren and Matthew Broderick, the film starred Lily Collins, Annette Bening, and Alec Baldwin.

In 2018, three films featuring Matthew will be released. They are Look Away directed by Monty Whitebloom and Andy Delaney, Shawn Snyder’s To Dust and Dylan Brown’s Wonder Park. 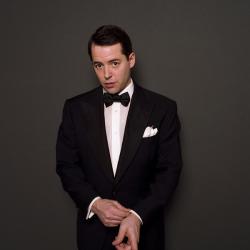