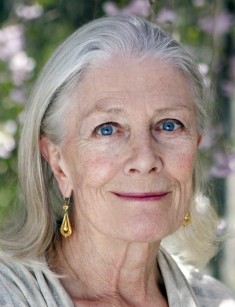 Vanessa Redgrave and Tony RichardsonEnglish Vanessa Redgrave has been recognized as an outstanding actress of our time by countrymen. The winner of the Academy, Emmy, Golden Globe, BAFTA Awards, two prizes of the Cannes Film Festival and the Volpi Cup always plays bright and significant roles, and she often portrays royalty.

On January 30, 1937, Laurence Olivier announced the birth of the great actress to the audience on the stage of the theater in London. So the famous actor congratulated his colleague and friend Michael Redgrave, who became a father.

Olivier did not take risk, because two generations of actors had grown up in the Redgrave family before Vanessa was born. Her grandparents, Roy Redgrave and Margaret Scudamore, were famous British theater and movie actors. Mother Rachel Kempson also chose an acting career. All the children of Michael and Rachel, daughters Vanessa and Lynn, son Corin Redgrave, performed on the stage.

But in childhood, Vanessa Redgrave did not dream of a great future. The girl wanted to connect her life with the stage, although she planned to be a ballerina. Vanessa had to abandon the dream due to her height. When she grew up, Vanessa was 180 cm tall.

In 1954, young Redgrave entered the Central School of Speech and Drama and brilliantly graduated from it.

Vanessa began her acting career in 1957 when she was 20 years old. The actress came on the stage with her father, playing a small role in the production of the Royal Shakespeare Theater. In 1961, Vanessa Redgrave joined the famous theater troupe in London.

The English woman first appeared in a movie a year after her theatre debut, and she also played together with her father. Vanessa Redgrave starred in the film Behind the Mask in 1958, playing Pamela. Michael Redgrave got the leading role.

Vanessa could feel the taste the glory much later. Eight years later, Karel Reisz’s drama comedy Morgan: A Suitable Case for Treatment premiered, in which the woman got the role of the protagonist’s wife, Leonie, who divorced her husband because of his eccentric behavior. David Warner played the title character.

The film was very popular with viewers and critics. They began to talk about 29-year-old Vanessa Redgrave. For her work in the comedy, she won the prize at the Cannes Film Festival and was nominated for the Academy, Golden Globe, and BAFTA Awards.

Since then, the best directors of the UK and the USA have expressed the desire to work with the new movie star. In 1966, Vanessa Redgrave appeared in the hit movie Blowup directed by famous Michelangelo Antonioni. The director defined its genre as existential film, and it helped the actress to make it into the European cinema. The film premiered at the Cannes Film Festival.

In 1968, the British star appeared as Nina Zarechnaya in The Sea Gull, which was shot by Sidney Lumet, the famous director and the Hollywood star of the post-war time, and based on Chekhov's play. Vanessa was lucky to work with the outstanding actors. James Mason played Trigorin, Simone Signoret portrayed Arkadina brilliantly, and David Warner got the role of Konstantin Treplev.

The same year, Vanessa Redgrave played another leading role. She portrayed Isadora Duncan in Karel Reisz’s drama Isadora. The brilliant acting brought the British actress the Award at the Cannes Film Festival as well as the Academy and Golden Globe nominations.

The end of the 1960s was also successful for the actress, who starred in Richard Attenborough’s war comedy Oh! What a Lovely War and the psychological drama A Quiet Place in the Country. On the set of the last project, Vanessa Redgrave met Franco Nero again. They played the title characters, artist Leonardo Ferri and his beloved woman Flavia, in the mystical movie.

In 1971, Ken Russell’s drama The Devils premiered, showing viewers France in the 17th century and starring Vanessa Redgrave and Oliver Reed. But the drama Mary, Queen of Scots attracted more attention of viewers and film critics. It was also released in 1971, and the British woman brilliantly portrayed Mary Stewart, for which she was nominated for the Oscar and Golden Globe Awards.

The admirers of the British star remember her roles in the projects Young Catherine (Redgrave played Empress Elizabeth) and Little Odessa. Vanessa was awarded the Volpi Cup for the image of Irina Shapira. Critics and fans of the star consider the projects Cradle Will Rock, Anonymous and Coriolanus to be the best films with the participation of Vanessa Redgrave, released in the 2000s.

People cannot but admire the diligence and energy of the actress, who starred in 120 films and found the time and strength for active political activity. Since the 1960s, Vanessa Redgrave has been involved in social movements that advocate for the end of the Vietnam War, the independence of Northern Ireland, nuclear disarmament, and the right of Jews in the Soviet Union to emigrate.

In 2002, the actress paid bail for Akhmed Zakayev, when Russia required his extradition. The Chechen was accused of terrorism and the hostage-taking in Moscow during the musical Nord-Ost.

Vanessa Redgrave has been married twice. The first husband was director Tony Richardson. She lived with him for five years, giving birth to daughters Natasha and Joely. Richardson betrayed Vanessa starting a love affair with Jeanne Moreau, and his famous wife did not forgive him.

Redgrave met her colleague Franco Nero on the set of the drama Camelot. The actress was going through the divorce from her first husband, but when she saw handsome Franco, she forgot about unfaithful Tony.

It was not the love at first sight for Nero, because Vanessa seemed pale and ugly. But the woman changed the attitude of the man that evening. She asked Franco out, dressed up and amazed Nero.

After filming, Vanessa Redgrave forgot about her daughters and mother and went with her lover to Italy. In Rome, the woman gave birth to a son, Carlo, but she could not become a good wife and mother because Vanessa starred in 2 or 3 projects simultaneously, managing to participate in politics. The miscarriage put the relationship to an end. Redgrave went to the shooting and did not return to her husband and son.

The actress fell in love with young Timothy Dalton on the set of the film Mary, Queen of Scots in London. The star of Jane Eyre was very popular with women but chose the English actress who was nine years older. They lived together for nine difficult years. Dalton cheated on Vanessa, did not want to marry and have children. Timothy forgot about her having met a Russian waitress, Oksana Grigorieva.

In 1983, Vanessa Redgrave and Franco Nero met again because they starred in the drama Wagner. Their feelings were reignited, and the English woman, who had not seen Franco and her son for ten years, returned to them. In 2006, the couple married. At that time, the actress was 70 years old, and her lover turned 65.

In 2009, a tragedy happened in the life of Vanessa Redgrave. The oldest daughter, Natasha Richardson, died, while skiing. In 2010, the brother and sister of the actress passed away. They both died of cancer. Daughter Joely Richardson chose an acting career, following in her mother’s footsteps. They played together in the film Anonymous. Joely portrayed young Queen Elizabeth I, and Vanessa played the adult version of the character.

In 2016, the 79-year-old star pleased her fans with the role in the Irish drama The Secret Scripture, in which she co-starred with Rooney Mara and Theo James.

In 2017, Vanessa Redgrave celebrated her 80th birthday. The British star does not film but pays attention to the success of her daughter, son, and husband. In January 2017, the thriller John Wick: Chapter 2 featuring Franco Nero was released. 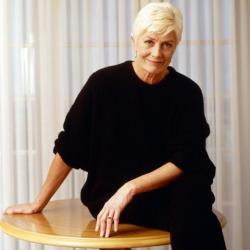