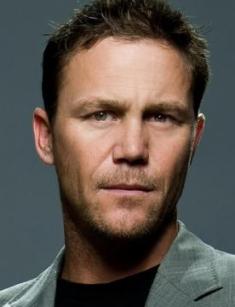 American actor Brian Krause made his full-length movie debut when he was barely five years old. The purposeful young man dreamed of becoming a doctor in childhood, but fate had other plans, and a new star appeared in the film industry. His credentials have a variety of projects, including such notable movies as Another World, Tales from the Crypt, Walker, Texas Ranger, Return to Cabin by the Lake, and Protecting the King.

Brian Jeffrey Krause was born on February 1, 1969, in the American city of El Toro, California. The actor’s father and mother are of German descent. He has an older brother, Patrick, who, unlike his famous brother, has never been interested in an acting career.

At school, Brian was seriously interested in sports. The boy was engaged in tennis and swimming, played basketball and golf. Before he started to improve acting skills, Brian had worked as a popcorn seller, leaflet distributor, puller-in, wearing a sausage costume, and even a loader. The teenager regularly gave half of his earnings to his mother and put the other half to the piggy bank.

At the age of 16, Krause enrolled in acting classes. Success was not long in coming because, in the second half of the 1980s, Brian played in the TV series TV 101, Highway to Heaven, and Match Point. Although the young and inexperienced actor got only bit parts, Krause was not in despair and believed that his hour of triumph was just round the corner.

The first prominent role of Brian Krause was the title character in the 1991 melodrama Return to the Blue Lagoon. It was a film adaptation of the novel “The Garden of God” by Irish writer Henry De Vere Stacpoole and was a sequel to the 1980 movie The Blue Lagoon, starring Brooke Shields and Christopher Atkins. Brian Krause’s partner on the set was 15-year-old Milla Jovovich.

The movie Return to the Blue Lagoon did not have commercial success due to the coincidence in the plots of two stories. However, when Brian became famous, he got a role in the movie December, in which Balthazar Getty became his partner, and took part in the filming of the movie Sleepwalkers, written by Stephen King.

In 2008, the actor participated in the science fiction movie Warbirds. Brian's colleagues on the set were actors Jamie Elle Mann and Tohoru Masamune. A year later, the actor got the leading role in the action movie 2012: Supernova, directed by Anthony Fankhauser. In 2010, Brian starred in several projects that did not have commercial success. These were You're So Cupid, Rain from Stars, TBK: The Toolbox Murders, Ashes, Cyrus, and The Binds That Tie Us.

In 2011, the filmography of Krause included roles in the movies Absolute Killers and the science fiction film Camel Spiders. In 2013, the movies Red Sky, Borrowed Moments, Coffin Baby, Plan 9 were released, in which Brian also landed roles. The 2014 movies Poseidon Rex, Don't Shoot! I'm the Guitar Man, as well as the projects Area 52 and House of Purgatory, released in 2015 and 2016, did not impress viewers.

Krause increased the army of fans, starring in the fantasy series Charmed. It is noteworthy that the producers chose famous stars for the filming, refusing to hire unknown and novice actors. If Brian had not been popular, he would not have been invited to the series. On October 7, 1998, the first episode of the Charmed project was released.

The plot of the project is nontrivial, focusing on three beautiful sisters who possess unique magical powers. One of them can freeze objects in time, the second girl moves objects with her mind, and the third one can receive visions of the future. The sisters swear to each other to use their abilities for the good and wage an unequal battle with the evil forces.

Initially, Brian's hero Leo Wyatt, the guardian angel of the good witches, was a supporting character. The spineless guy without negative traits and even individual peculiarities looks like his very first character Richard (the movie Return to the Blue Lagoon). In that story, young green-eyed Brian ran along the beach in a loincloth together with beautiful Milla Jovovich and did not know anything about the vices of the modern world.

As the Charmed story unfolded, screenwriters began to pay more attention to Brian. When in the third season, Leo found his voice and married witch Piper, despite the evil forces, Brian won the viewers’ hearts. Strangers began to approach the actor on the street, confessed their feelings, and ask for an autograph.

After the success of the series, the actor had serious alcohol problems. In 2010, the man was even arrested for drunken behavior at the airport. Fortunately, Krause could brace his energies, get rid of the bad habit, and continue to film, moving from one project to another.

The famous actor was officially married. At the age of 25, he married fashion model Beth Bruce. In 1996, the wife gave birth to son Jamen. Unfortunately, the family life soon fell apart. In 2000, Brian and Beth divorced. However, the former spouses managed to remain friends, and the actor continued to support the ex-wife both morally and financially after the divorce.

Filming on the series Charmed brought Krause a new short-lived relationship. In the story, Brian’s character had a torrid love affair with the heroine of actress Holly Marie Combs. Fans believed that on-screen love would turn into a real relationship. Despite numerous rumors, the actors did not date and were just colleagues on the set.

In fact, the actor had an affair with his colleague Holly, the youngest witch. However, they did not celebrate the wedding. The young people dated for a year, after which they came to the conclusion that they should walk different paths. At the moment, the heart of the famous actor is free.

In May 2017, the actor starred in the movie A Woman Deceived, in which Brian got the role of detective Morrison, who solved difficult cases and tried to find out the reason for the famous businessman’s death. The matter was complicated by the fact that the suspects were an inconsolable widow and her new lover, who had a lot of secrets.

In June of the same year, Brian appeared in the horror movie Be Afraid, directed by Drew Gabreski. Krause portrayed a father in the story, which told about a family who moved to a new house and faced paranormal phenomena. In 2018, Scott Brewer planned to release the short film Garrison 7: The Fallen and the full-length science fiction drama Garrison7: War Is Coming, in which the famous actor also played a leading role.

Despite the busy schedule, the actor, who is 5.8 ft. (177 cm) tall, does not forget about his fans. On Instagram, Brian regularly posts both photos of the shooting and video cuts of his rest. It is worth mentioning that social media are not the only source of the latest news about Krause’s life. Various Internet portals and print media also often publish content related to the actor’s career.