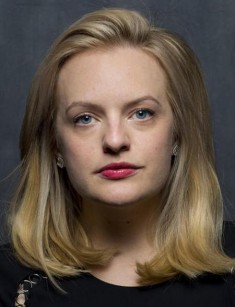 Elisabeth Moss is an American actress who managed to make a fantastic, successful career, to conquer the hearts of her admirers all over the world and to become the owner of the Emmy and Golden Globe awards. The girl’s role in the series The Handmaid's Tale became the most famous work for her. However, in her filmography, Elisabeth has many other not less remarkable pictures and characters.

Elisabeth Singleton Moss which is a full name of the actress was born on the 24th of July, 1982 in Los Angeles. The girl’s parents were close to the bohemian style of life: her father was a producer of jazz bands and organized records and concerts. Her mother masterly played the concertina and preferred blues melodies. Both of her parents believed in the principles of Ron Hubbard's Scientology.

Since early childhood Elisabeth wanted to be at the center of public attention, the stage and the applause attracted the girl. Moss’s hobby was dancing. Elisabeth was improving her dancing skills for long years and being a teenager she even set off for New York to enter the famous ballet school.

Alongside, Elisabeth mastered her acting skills. Due to her parents’ persistence, Moss had her screen debut at the age of eight. The girl performed a bit role. However, she was forever enchanted by the magic of the movie set.

After a while, Elisabeth began to receive offers to take part in different movies. Though, at first, the beginning actress received only episodic and small parts. Also, Moss voiced over the character of the animated series Once Upon a Forest.

Having grown up, Elisabeth Moss has faced a difficult choice: the girl had to define her future main profession — dancing or acting. Her love to the spotlights has won, and Elisabeth continued her acting career and decided to connect her life with the movie industry.

In the beginning, Elisabeth received roles of clumsy teenage girls, but with time Moss's characters changed, and already in the series, The West Wing the actress got the image of the sophisticated girl. The picture under the title Girl, Interrupted became one of the brightest Elisabeth’s works of that period.

Later the actress confessed in one of the interviews that this movie had given her valuable experience in the star cast of real professionals. Winona Ryder, Angelina Jolie, Whoopi Goldberg also took part in this dramatic picture about the destiny of the girls who had got to the mental hospital.

In 2002 Elisabeth received a role in one more tragedy. It was the film Heart of America which plot is focused on the teenagers who had brought a weapon to the school with the aim of revenge their schoolmates for bullying and mockery. Patrick Muldoon, Brendan Fletcher, Will Sanderson became the actress’s partners on the movie set of this picture.

Elisabeth Moss got her first leading role a year later. In 2003 there was released the movie Virgin. The actress’s character is the girl who grew up in the family of fanatical Baptists. All the people of the town where Jessie lives (the role performed by Moss) are mad about religion. Nobody understands teenage difficulties and sufferings of the heroine. She has to escape from all this with the help of alcohol and cigarettes. Inimitable Robin Wright played the role of Jessie’s mother.

The roles mentioned above and others have brought some popularity and spectators' attention to Elisabeth, however, she has gained true glory a little bit later - after the release of the series Mad Men. The plot is focused on the routine of the advertising agency, details of the relations between employees and different situations in which they face in their everyday life.

Moss received the role of the secretary who regularly gets into trouble. Elisabeth's acting has impressed the audience and the critics so much that she was even nominated for Emmy Awards.

Alongside with her work in Mad Men, Elisabeth Moss took part in the Broadway production сalled Moving on and also appeared in a couple of episodes of the various pictures. In 2007 the girl performed in the cult series Grey's Anatomy, and in 2009 the actress enriched her filmography with one more film under the title Did You Hear About the Morgans?, in which Moss received a role of the assistant of the character of Sarah Jessica Parker.

A year later the actress participated in the episodes of the comedy directed by Nicholas Stoller under the title Get Him to the Greek. In 2013 there was released the series Top of the Lake in which Elisabeth received the leading role.

Elisabeth Moss also had unsuccessful works in her career. So, in 2014 the Broadway production of The Heidi Chronicles in which the actress took part was closed because of the little interest from the public. However, Moss's acting didn't remain unnoticed: the girl was nominated for Tony Awards. However, that time other actress received the desired award — it was Helen Mirren.

But in 2017 Elisabeth Moss again received a role in the series which have become extremely popular with the time. The girl got the leading role in the Bruce Miller's project under the title The Handmaid’s Tale. These series is a screen version of the anti-utopia novel written by Margaret Atwood.

In 2008 the actor Fred Armisen appeared in the private life of Elisabeth. He is known to the spectators due to the TV show Saturday Night Live. In 2009 Moss agreed to become his wife. They celebrated their wedding in New York.

Unfortunately, the relations of the couple went bad. Already in a year, the fans who were impatiently waiting for the news about the pregnancy of their favorite actress read about her divorce from her husband. The couple had no children.

Nothing is known yet about Elisabeth Moss’s new relations. In one of the interviews, the girl confessed that she considered herself to be a feminist and made serious demands to her prospective dearies. Moreover, Moss keeps beliefs in the Scientology doctrines.

Elisabeth Moss is often compared to her colleague in cinematography – Meryem Uzerli, who is famous due to her role in the Turkish series under the title The Magnificent Century. The girls have something in common in their appearance. Also, Elisabeth's name quite often appears while mentioning the model and the actress Kate Moss. The fans compare the girls’ photos hoping to find some similarity. Though, Elisabeth and Kate aren't relatives.

At present Elisabeth Moss continues to work on the series The Handmaid’s Tale which according to the information received in spring of 2018 was prolonged for one more season. Moreover, the actress began to take part in the shootings of the series Fever. This series tells about "typhoid Mary" - the woman who was the first healthy women infected with this disease in the United States.

The fans can get information about the news in the life of the actress on Elisabeth's Instagram where she shares new photos and some plans. 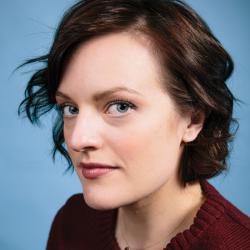