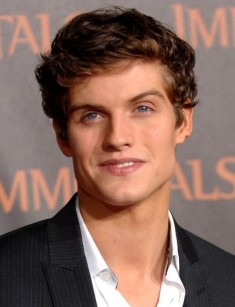 Daniel Sharman has earned his fame for the role of Ares in the epic blockbuster Immortals where the young actor collaborated with many stars, such as Mickey Rourke, Henry Cavill, and Stephen Dorff. Later on, he consolidated his progress in the TV project: in 2012, the actor was offered the role in the super popular teenage series Teen Wolf. Sharman participated in the series for two seasons and continued to conquer the world of cinematography.

“All the world's a stage” – this quote of the great playwright Shakespeare can relate to Daniel Sharman’s life: he took an interest in acting from the early childhood.

The boy was born on April 25, 1986, in London. Little is known about the man’s parents except for the fact they supported their son’s interests. When they realized the child was artistic, they took nine-year-old Dany to the auditions for the Royal Shakespeare Company. Sharman was accepted to the children’s troop; he surpassed hundreds of other young candidates. Later, the man remembered that period excitedly:

“I just adored it. Between Macbeth and Henry VI with all of the armor and the blood and everything, it was just fantastic as a kid.”

Daniel participated in two Royal Shakespeare Company plays: The Park and Macbeth. The boy went to the private Mill Hill School where he joined a drama club and continued to succeed. Sharman got a role in the play Kvetch included in the program of the prestigious Edinburgh Fringe festival.

Restless Sharman wanted more. The inquisitive teenager entered the Arts Educational School in London to take another step to his cherished dream of becoming an actor.

At 18, Daniel debuted in the TV series Judge John Deed in 2003. Further, he studied at the London Academy of Music and Dramatic Art.

However, he had to wait for the next large role for a long time. In 2010-2011, he appeared in several big projects one of which was the British director Stephen Fox’s movie The Last Days of Edgar Harding.

The invitation to Hollywood was the golden opportunity for the young man. Immortals, the high-budget action fantasy based on Greek myths, could boast many stars: Mickey Rourke, Henry Cavill, Freida Pinto, and Luke Evans. Daniel Sharman played the god of war Ares. He told journalists:

“It was such an interesting thing that this young God was so incredibly precocious and had so many flaws and so many problems… I loved the part.”

The movie came out in November 2011; its box office was more than $200 million. The young British actor found himself famous all over the world; he was showered by new offers. Sharman decided to try himself in horror and chose the movie The Collection.

Simultaneously, Daniel agreed to star in the series Teen Wolf that had been broadcast in the USA for a year and held million teenage fans in suspense. The charming werewolf Isaac Lahey appeared in the second season and immediately won fans’ hearts.

In 2013, Sharman played a Canadian police officer Edward Montclair in the TV movie When Calls the Heart based on Janette Oke’s novel under the same title.

In 2014, after the third season, the actor stopped collaborating with the creators of Teen Wolf. He did that for the role in The Originals that developed the vampire theme in his career: Sharman played a sorcerer Kaleb Westphall for two seasons.

When the British actor was working on the series, he also participated in the short-length movie Drone where he finally gained the lead part.

In 2017, it was announced Sharman accepted the offer to play in the zombie drama Fear The Walking Dead (the spin-off of The Walking Dead). People began to call the actor the horror devotee. However, Daniel gladly threw himself to work and splendidly played Troy Otto, a cruel and uncompromising leader.

At that time, the British actor played one of the protagonists, as well as Frank Dillane and Alycia Debnam-Carey.

Besides, Daniel tried himself as a producer: he worked on the short-length movie Soon You Will Be Gone. The funds for the project were collected thanks to his numerous Twitter and Instagram followers.

Many women’s hearts stop when the tall (the actor’s height is 187 cm.), handsome man with brown hair and blue eyes appears on the screen. The actor’s fan crowds follow his private life, although Sharman prefers to keep the details of his personal affairs secret from the audience and media.

In 2011-2013, Sharman was dating his Teen Wolf colleague Crystal Reed. In 2014, the paparazzi caught the actor in New York during a romantic walk with his new girlfriend, the model Gigi Hadid. Still, that romance did not last long. Since 2015, Daniel has been seeing the British model Asha Leo.

Nowadays, the actor works a lot in the United States and lives in Los Angeles. However, when he has a couple of free days, he comes back to London to see his nearest and dearest.

Daniel’s schedule does not give him much leisure time. The man goes to the gym to keep fit and sometimes visits the matches of his favorite soccer team, Arsenal: Daniel is a passionate soccer fan.

Today, the British actor is engaged in the series Medici: Masters of Florence telling the story of the powerful European dynasty of the early XV century. Daniel Sharman took the role of Lorenzo de' Medici. The historical drama will appear on the screen in 2018. 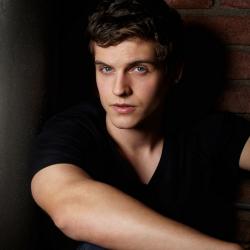