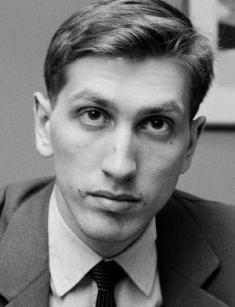 The last photos of Bobby Fischer, a talented chess player, are far from the pictures of him in the '70s when the lanky world chess champion (the man was more than 6 feet tall) was at the peak of his fame. A couple of years before his death, the man who had already allowed himself to make bold statements about various States, altogether ceased to control himself during the interview. That resulted in him being deprived of the United States citizenship. He was forced to spend his last years away from his brave opponents and exciting tournaments.

The biography of the chess rebel dates back to March 9, 1943. The boy was born in Chicago. Bobby's mother, Regina Fisher, moved there from Moscow, where she received medical education. Officially, the father of the child was a German biologist Hans-Gerhardt Fischer, also known as Gerardo Liebscher, but before the birth of his son, the couple did not live together for a long time.

Biographers argue that the biological parent of Bobby may be a Jewish mathematician Paul Nemenyi, who showed a lot of interest in the upbringing of the child. Since Bobby's mother was a representative of the Semitic people, the future opponent of the Jews himself belonged to the Jewish nationality.

His parents discovered the boy's love for chess playing at the age of six when Bobby's sister showed him the basic techniques of the game. From that moment on, children who did not know the difference between a pawn and a Queen ceased to interest the child. Realizing that chess deprived Bobby of childhood, his mother tried to forbid the boy to play. Such a rash act forever ruined the relationship between her and Bobby.

The debut of the young player in the battle against dangerous opponents took place in 1957. At that time, the teenager just turned 14, but to win the Junior championship was a piece of cake for him. In the same year, Bobby dropped out of school, telling his family that teachers could not teach him anything, and lessons only took time from training.

Soon the American chess community was convinced that 15-year-old Bobby could ruthlessly cope with most opponents of the local level. In 1958, after the usual United States championship, the young man went to Yugoslavia, where he took fifth place in the tournament, but reached the standard, getting himself the title of grandmaster.

The most frequent opponent of Fischer among Soviet chess players was Tigran Petrosian. The men played with each other 27 times; the first time took place in 1958 in Moscow. During their first meeting, Tigran Petrosian won over the teenager easily, but he assured his colleagues that the name of the aspiring genius would soon be known to everyone.

Petrosian was right. The next two years Fisher showed an unprecedented result, winning four international tournaments. However, a draw with Mikhail Botvinnik in one of the matches pissed off Bobby and turned the young man against Soviet players.

Fischer said that around him there was a conspiracy and that the Soviet Union was behind it. Showing his stance, the next three years, the young man refrained from participating in the international tournaments.

One of the most iconic matches of his career took place in 1972. The fight for the title of world champion began long before Boris Spassky, and Bobby Fischer sat down at the table. The American changed requirements several times, threatening not to appear at competitions if organizers didn't satisfy his wishes.

So the prize Fund was raised to $ 250,000 at the whim of the chess player, and the event itself took place ten days after the announced date. The reason for the transfer was Bobby's reluctance to get on the plane – the man was afraid that the vehicle would explode because of the Russian conspiracy. Fischer won the battle for the title. But the chess genius didn't even come to the White House to hear the President's congratulatory speech.

In 1975, Fischer again shocked the public. This time the chess player refused to participate in the world championship, giving the title of world star to Anatoly Karpov. The official version of the absence of the American chess player on the tournament was his refusal to participate because the organizers didn't fulfill the man's demands. Such disrespect hurt Fischer, and he said that he would no longer play or think about chess.

Bobby remained true to his decision until 1992. In a commercial rematch with Boris Spassky, to which Fischer suddenly agreed, the government of the United States saw a violation of the international embargo. The man was threatened with arrest for ten years. But Bobby still came to the fight, hoping that the statistics of previous games would remain unchanged.

After another victory over Spassky, chess genius was faced with a difficult choice. To return to the US was out of the question, so Bobby went to Budapest, from where he moved to the Philippines, and then permanently settled in Japan.

In 2004, Bobby Fischer was arrested while trying to travel to the Philippines on an invalid passport. The government of the United States, tired of allowing the great mind to avoid shame, deprived the chess player of citizenship. According to unconfirmed rumors, the last straw for the Americans were disrespectful quotes of Fisher about the 9/11 terrorist attacks in New York.

Iceland became the country that agreed to accept the refugee. After Fischer moved to his new home, the world media spread the chess player's statement about the United States. The man called his own homeland evil, which was controlled by the Jews. However, the last interviews of the former champion were full of bitterness and anger against both America and former rivals.

He especially criticized Garry Kasparov and Anatoly Karpov. The man spoke about Kasparov as if he was a criminal and stated that the 1984-1985 games were all rigged by the KGB. Crazy statements of Fisher even touched upon nuclear war, which the Americans would soon start, according to the chess-player.

The first serious relationship in Bobby's life appeared in 1990. Chess player from Hungary Zita Rajcsányi was so impressed with the success of Fisher that she wrote a letter to the idol. Bobby didn't answer the long message until a year later, but the young girl did not lose her interest in Fischer.

Soon the girl moved to her lover in Los Angeles. The relationship ended after two years. Zita, tired of her beloved's eccentricity, refused to become Bobby's wife and had an affair with a Soviet chess player.

Bobby started a real family in 2000. The man moved to Japan to a longtime friend and colleague Miyoko Watai. The woman remained near her beloved, despite the psychological problems of Fisher. The Japanese closed her eyes to rumors that in the Philippines Bobby had an illegitimate daughter conceived during the time he lived with 22-year-old Marilyn Young.

The lovers were married in 2004 in prison, where the chess player got after trying to leave the country on an invalid passport.

Bobby Fischer died on January 17, 2008. The cause of death was a renal failure. The disease was detected in the early stages and could be stopped after surgery, but Fischer voluntarily refused the operation. According to Icelandic friends, Bobby did not believe in Western medicine.

The grandmaster was buried in the Catholic cemetery of the town of Selfoss. During his last days, he was surrounded by few friends and close one, among them was Miyoko. The patient wife, after several years of litigation and scandals, inherited Bobby's money. Miyoko got $2 million from her eccentric lover.