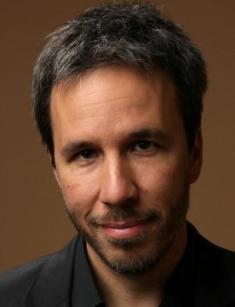 The French-Canadian director and screenwriter Denis Villeneuve began his work at the end of the 1980s. He has created more than ten projects recognized by critics, colleagues, and ordinary viewers; the man gained several awards as the director of the year.

Denis was born on October 3, 1967, in Bécancour, Quebec, Canada, into the family of Nicole Demers and Jean Villeneuve. Soon, his brother, Martin, was born; the siblings studied directing together.

There is little information about Villeneuve’s childhood. He went to the Séminaire Saint-Joseph de Trois-Rivières not far from their house. Later, the young man entered a college and continued his education at the Université du Québec in Montréal.

The beginning director debuted in 1988 with the documentary La Course Destination Monde that did not attract much attention. Two years later, Villeneuve received his first prize at La Course Europe-Asie organized by Radio Canada.

Two years later, Villeneuve released August 32nd on Earth about a woman trying to get pregnant from her friend. Paule Baillargeon and Emmanuel Bilodeau starred in the project; it was shown at the Cannes Film Festival.

Further on, Denis collaborated with Jacques Davidts on Polytechnique. The feature movie was released in February 2009 and proved to be a commercial success. Although critics marked several arguable moments, the overall opinions were favorable; Polytechnique got several awards.

Incendies (2010) was a triumph. The Toronto International Film Festival jury saw the movie first; the Venice watched it soon. The project was presented at the 83rd Academy Awards in the category of Best Foreign Language Film; it won Best Direction and Best Adapted Screenplay.

The man did not want to slow down. The next movie, Prisoners (2013), starred Hugh Jackman and Jake Gyllenhaal and had several prestigious nominations.

At the same period, fans could see Denis’s psychological thriller Enemy; the movie enjoyed many positive reviews. In 2015, the new movie Sicario came out; it was presented at the Cannes Film Festival.

One day, Villeneuve read’s Story of Your Life; the man was inspired and created the movie Arrival that grossed more than $203 million worldwide. Critics also appreciated this sci-fi project; it received the Academy Award for Best Sound Editing and several nominations.

The new wave of popularity happened after the movie Blade Runner 2049. The director called it the sequel of Harrison Ford’s 1982 movie. The audience can see the world of people and replicants, the weird creatures in the image of a human being that are used for hard work. The police officer K. (Ryan Gosling) watches the replicants’ behavior and suddenly discovers the terrible truth.

Denis Villeneuve’s personal life has been less successful than his career. The director has been married twice. The Canadian actress Macha Grenon used to be his wife. Three children were born in this family; the man is on friendly terms with them.

Soon after the breakup, Denis met a journalist Tanya Lapointe; their pictures often appear in the media. They have no kids so far. Villeneuve spends his free time with his family; he is not registered on Instagram or other social networks.

In February 2017, the news about the director’s new project, Dune, came out. It is going to be the remake of David Lynch’s movie.

The story is based on Frank Herbert’s novel under the same title; the project will be released in 2020.