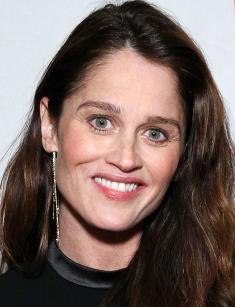 Robin Tunney is an outstanding and charismatic American actress who has played brilliantly in films of different genres. Viewers like Robin for her genuine acting that makes people believe the heroines, empathize with them and be on the edge of their seat while watching the film.

The full name of the actress is Robin Jessica Tunney. The future star was born on July 19, 1972, in Chicago, United States. Robin’s father moved to the USA with his parents when he was a teenager. Her mother was born in America, but she came from a family of immigrants from Ireland.

Tunney lived in an average family. Robin's father sold cars, and her mother worked at the bar. From early childhood, Robin Tunney's biography was associated with the stage. The girl was fond of music, sang and often performed at school concerts. A little later, Robin drew attention to acting, and the future actress gave up music lessons.

In 1990, Robin Tunney graduated from high school and enrolled in the Chicago Academy for the Arts following her dream.

After graduation from the academy and developing acting skills, Robin Tunney moved to Los Angeles, believing that there were many more opportunities for beginning actors. Soon the girl was offered to shoot. As is often the case, Robin began her career with television series.

Robin Tunney appeared in the cult TV series Law & Order, as well as in the films Life Goes On and Dream On. Although the young woman got bit parts, appearing only in one or two episodes, it was an excellent experience for Robin.

The talented young actress was noticed. Soon she was invited to play in the fantasy comedy Frogs!. Robin got a supporting role. In a while, the actress appeared in the film Encino Man, a touching comedy about a caveman who had been frozen in a huge block of ice for thousands of years.

Everything changed when they began to build a pool on the site of an ancient pit. Neanderthal returned to life. Whether this person will get used to the new world is a question that catches the attention of viewers until the end.

In the 1990s, the actress also played in the series Class of '96. Unfortunately, this project did not win the viewers’ hearts and did not become popular. But the teen film Empire Records attracted the attention of both outstanding directors and movie lovers to Robin Tunney. Robin had to shave her head for the shooting, and she was not afraid of appearing in such a shocking style.

1996 was marked with a role in the TV series The Craft, telling about the adventures of four witches. The actress had to wear a wig regularly. The character she had portrayed in the previous film was not suitable for this series.

In a while, Robin played in the films Montana, End of Days, Naked City: Justice with a Bullet. The star’s career developed rapidly. People began to recognize Robin Tunney, and she had a lot of fans of all ages. The awards were not long in coming. The young woman won the Volpi Cup at the Venice Film Festival for the title role in the film Niagara, Niagara. This touching melodrama tells about the fate of a young man and girl with Tourette syndrome.

By the early 2000s, Robin Tunney became one of the most popular Hollywood actresses. The young woman appeared in the movie with such actors as Arnold Schwarzenegger, Stanley Tucci, Christian Slater.

In 2006, the actress delighted her fan with the drama film Open Window. This movie tells about the tragedy that happened in the life of a couple, photographer Peter and teacher Isabelle. The couple is going to get married, but the day before the wedding, Isabelle has been raped by the criminal who went through an open window to her bedroom.

This window becomes a symbol of broken hopes. It seems that nothing can restore the joy of life. However, the lovers overcome the misfortune courageously. Robin Tunney won the Festival Prize at the Boston Film Festival for this role.

The role of Robin Tunney in the psychological drama Runaway was no less memorable. The actress played the girlfriend of the protagonist, Michael Adler (Aaron Stanford), who helped the lover to get out of a difficult situation, which every minute became more and more dangerous.

In a while, Robin Tunney appeared in the pilot episode of the cult TV series House. The woman played a kindergarten teacher who suddenly became ill with an unknown condition. Robin's partners on the set were Hugh Laurie, Omar Epps, Robert Sean Leonard, Jennifer Morrison.

Another popular series with Robin Tunney was The Mentalist. In contrast to House, the actress portrayed one of the title heroines. The story follows Patrick Jane (Simon Baker), an excellent psychologist who helps the police investigate the murder. Robin Tunney played Teresa Lisbon, Patrick's colleague, and girlfriend.

The Mentalist was followed by the movies August, The Burning Plain, Hollywoodland. Each project invariably attracted new fans to Robin Tunney and received positive reviews from strict critics.

In 2012, the fans of the actress were pleased to watch the movie See Girl Run, a funny and sweet comedy about a 35-year-old woman who suddenly realizes that her family life is not so ideal. Emmie (Robin Tunney) decides to return to the town where she spent her childhood, and meet again the guy she loved in her youth.

A few years later, in 2016, Robin appeared in a TV serial again. Viewers around the world liked the romantic and comedy series Love.

Robin Tunney could not improve her personal life for a long time, despite the bright appearance and a good figure (Robin Tunney’s height is 5.31 ft. (162 cm), and the weight is 119,05 lbs. (54 kg). The busy schedule did not allow the woman to build a strong relationship. Robin first married in 1997. The actress’s husband was Bob Gosse, a famous producer. This marriage lasted only five years.

Robin suffered from loneliness for a long time. It seemed that a happy family, husband, and children would remain just dreams. However, in 2012, the actress was lucky. Robin Tunney married Nicky Marmet, a successful designer. Four years later, Robin gave birth to their first son Oscar Holly Marmet.

Now the actress is happy. Although Robin tries not to tell the details of her personal life, fans often post Robin Tunney’s photos on fan pages on Instagram and other social networks.

In 2017, Robin Tunney devotes most of her time to raising the son, but fans of the actress are hoping to see their favorite actress on the screen soon.