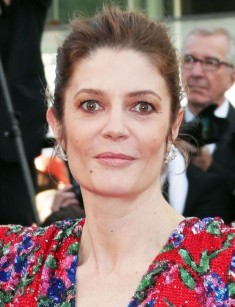 It often happens that a child follows in his parents’ footsteps. A would-be doctor is born in the family of doctors; a builder is in the family of builders. Chiara Mastroianni has also inherited her acting talent from the parents. She was born in the family of two most celebrated stars of French and Italian cinema. She has continued the work of her parents and nowadays conquers the world of cinema.

We cannot but mention Chiara’s parents, the legendary actors, Marcello Mastroianni, and Catherine Deneuve, describing her biography. The actors met on the set of the film It Only Happens to Others. In the movie, Mastroianni and Deneuve had to play a married couple who lost a child. To show the pain of loneliness, director Nadine Trintignant locked the actors for several days in an apartment where there were no books, television, telephone, only a bed and a couple of chairs. The experiment had a beneficial effect because they left the flat convincingly exhausted.

Moreover, the actors fell in love within four walls. Mastroianni fell head over heels in love. He had never told his first wife Flora about feelings for other women, but Catherine was an exception. To be with the beloved woman, the actor asked for a divorce for six months. Having obtained it, the man made a marriage proposal to Deneuve. But all of the sudden she refused.

In the autumn of 1971, the world was stunned by the news of the French actress’s pregnancy. On May 28, 1972, a child was born. Deneuve named her Charlotte, but Marcello was so amazed at the children's skin, and he exclaimed: "Chiara!" which means “bright” in Italian. Besides, he insisted on his surname. Thus, it was the beginning of Chiara Charlotte Mastroianni’s life.

The actors did not have a nuclear family, but both took part in the upbringing of their daughter. Passionate Marcello had many children, but Chiara was his favorite. He was in a big hurry to get the shooting finished to take a walk with her, bought the girl toys and clothes.

In her youth, she often traveled from Rome, where her father lived, to her mother in Paris. For Chiara it was more than a journey between countries, it was the trips from one world to the other. Catherine was strict, and she forbade her daughter to have girlfriends because they turned her from achieving goals. She also taught her not to make friends with boys, because they got only one thing on their minds. Everything was different in Italy. Young men surrounded the girl on the set, and she tried alcohol.

The future actress did not appreciate and spoiled her natural beauty intentionally. She had no make-up, shortened her hair and did not wash it for a long time, wore not very clean clothes. Chiara did not want to repeat the mother’s fate of an abandoned unfortunate woman with two children (Catherine and director Roger Vadim had a son, Christian).

For this reason, Catherine Deneuve did not wish for her daughter to become an actress, and she saw her as a would-be archeologist. At the insistence of her mother, Chiara entered the Sorbonne. However, the craving for creativity was vivid. The girl often visited film festivals and premieres with her father in Rome, participated in photo shoots. As a child, Chiara helped her mother prepare for films and read the replicas of other characters, visited film sets. This life, filled with creative people, attracted the girl, so she went to auditions without telling the mother.

When Catherine Deneuve found the truth, she put up with her daughter's choice and even helped her to get a role. They starred together in the film Ma saison préférée (My Favorite Season) in 1993. Marcello also contributed to the promotion of her acting career. He invited Chiara to play in the film Ready to Wear (Prêt-à-Porter). Young Mastroianni worked together with Sophia Loren, Jean-Pierre Cassel, and Kim Basinger.

The parents gave Chiara a boost. However, she was offered only bit parts. In 1995 she starred in an exciting project Don't Forget You're Going to Die, which tells about AIDS patients. From that moment, the girl preferred profound, not romantic characters. She continued to disengage herself from men deliberately.

Not to gain the fame of an actress who got the job thanks to her well-known parents, Mastroianni refused roles in big-budget films in favor of the art house. She changed the role of a prostitute for the image of an experienced journalist, a victim of a maniac for a secular lioness. The ability to portray different characters made her in demand and favorite actress for worthy directors.

So, in 2007 Chiara played one of the leading roles in Christophe Honoré's musical film Love Songs. A challenging film about the love affairs of the Parisian, Ismaël, was nominated for the Palme d'Or.

One year later, the actress appeared in Christophe Honoré's project again. The Beautiful Person is a modernized adaptation of the novel "La Princesse de Clèves" by Madame de La Fayette. The film was nominated for the César Award three times but did not win it.

The most famous movie with the participation of Mastroianni is The Beloved (2011) by Christophe Honoré. Chiara appeared along with Catherine Deneuve. The story is almost autobiographic. In the film, selfish, deceitful men repeatedly cheat on the mother and daughter. They suffer and even commit suicide, unable to resist despair. So, the life of the legendary French-Italian actresses was similar to it.

In 2017, the film K.O. with Chiara in the title role was released. The woman appeared together with the famous French actor, Laurent Lafitte.

Despite the precaution, Mastroianni nevertheless repeated her mother's fate. In 1990 she married a sculptor, Pierre Torreton. He cheated on his wife, having affairs with models. Chiara preferred not to notice it. In 1996, she gave birth to a son, Milo, and two years later the couple broke up.

Her next boyfriend was the famous actor, Benicio Del Toro, but Catherine Deneuve disliked him terribly. She considered him spoiled and lazy, and she even offended him, calling a "prostitute." It was the end of the three-year relationship with Chiara.

In May 2002, Mastroianni married a musician, Benjamin Biolay. One year later, in April 2003, she gave birth to her daughter, Anna. Chiara helped Benjamin to record his album Home. In 2005, this marriage also broke up.

In 2014, actor Benoît Poelvoorde, who starred with Chiara in the movie Three Hearts, told writer Frédéric Beigbeder in an interview that they were not only an on-screen couple.

The actress is a single mother, who walks around Paris with the children in her spare time. She does pilates, which helps her to have an excellent body. Chiara has a height of 170 cm and weighs 61 kg, although the woman does not stick to a healthy diet. She has repeatedly admitted in an interview that she cannot live without cheeseburgers and pasta.

The actress does not have accounts on Instagram or Twitter, so only paparazzi’s photos help to be aware of the current events in her life. 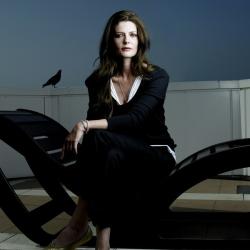