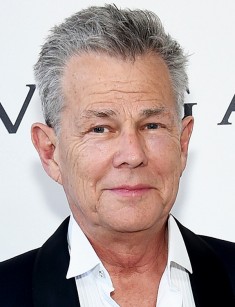 David Foster is known not only to judges of good music but to everyone who follows the latest news and is interested in the personal lives of celebrities. Those familiar with the biography of the titled producer know about 16 Grammy Awards, cooperation with great singers, charitable activity, and the Order of Canada for his contributions.

The divorces with a poetess and model, the engagement with an actress who is 35 years younger than her fiancé are the headlines of newspapers and magazines as well as the information spread on the Internet.

It seems that the combination of such a name and surname promises ongoing success. There is also the famous personality with almost the same name. It is an essay writer who created the book included in the 100 best novels written in English of the XX century list, as well as the scriptwriter of the series House.

In the book “Wisdom Meets Passion,” one of the chapters starts with the story that as a child, David begged his parents to let him study classical music. He has loved this art very much. But later the future artist could judge his abilities soberly. He thought that if his skills were better, he would have been an unknown member of the orchestra. Then, he found his creative way - not to perform great hits, but to produce them.

On November 1, 1949, the only son was born in a large family of Maurice (Morry), a maintenance yard superintendent, and Eleanor Foster, a homemaker, in Victoria, Canada. The boy started playing the piano at the age of four, impressing his mother with an ability to distinguish the keys according to the sound.

A little later the teenager enrolled in the University of Washington music program, and three years later he played a backup band for Chuck Berry. As part of The Strangers, he visited England but returned to Toronto to work with Ronnie Hawkins. He was a keyboardist for the band Skylark, whose song was a top ten hit in 1973.

When Skylark disbanded, the young man remained in Los Angeles, creating a short-lived band Airplay. In the 1970's he played as a guest musician on the albums of John Lennon, George Harrison, Michael Jackson, Barbra Streisand, Rod Stewart, Diana Ross, and Tommy Bolin. He created together with Earth, Wind & Fire the famous song "After the Love Has Gone," which held the #2 spot on the Billboard Hot 100 singles chart and won the Grammy Award.

Later, the next stage in Foster’s career began. He became the producer of The Tubes and Boz Scaggs. He recorded albums for Chicago and Lionel Richie which became commercially successful and won several Grammy Awards.

"In Asia, people believe that the person who writes and produces songs is as important as the one who sings them," David says.

The peak of creativity was masterpieces recorded with Whitney Houston, Céline Dion, Natalie Cole, Josh Groban, Alice Cooper. He was the author of the hit songs for Mariah Carey, Madonna and Toni Braxton and the soundtrack to St. Elmo's Fire. He worked with Warner Bros. David collaborated with Lara Fabian and the Vancouver Symphony Orchestra to record English-language, French-language versions of the Canadian national anthem

He created his label 143 Records, planned to turn Universal Verve Music Group into the leading brand for jazz music veterans and beginning artists. He is three times nominee for the Oscar and the Golden Globe Winner. In total, his discography consists of two dozen albums.

He is a Songwriters Hall of Fame Inductee and has a Hollywood Walk of Fame Star, located next to The Beatles. He also promoted a young talent show participant, Jackie Evancho, who later sang at the inauguration of Donald Trump.

In 1972, he married the singer B.J. Cook. A year later, a girl, Amy Skylark Foster, was born in the family. She has become an author. The second marriage with Rebecca Dyer lasted four years. They had three daughters: Sara (1981) and Erin (1982), Jordan (1986). They all have become actresses.

Elvis Presley's former girlfriend, Linda Thompson, was not only Foster's wife but also a co-author of several compositions from 1991 to 2005. The most famous ones are soundtracks to the films Pretty Woman, The Bodyguard and the official song of the 1996 Summer Olympics. Foster won the prestigious Emmy Award for their Concert for World Children's Day. The couple did not have children.

The fourth wife was the model and the participant of the TV show, Yolanda Hadid. The wedding took place in Beverly Hills on November 11, 2011. David had three stepchildren, Gigi, Bella, and Anwar, from Yolanda’s previous marriage. They followed in their mother’s footsteps and conquered the modeling business. Later, the public was stunned by the official divorce announcement:

"Sadly we have decided to go our separate ways. We've shared nine beautiful and joyous years together. During that time, we experienced love, friendship and the inevitable challenges that come with managing a marriage, careers, blended families and health issues. We are grateful for one another and will forever be friends. "

In the summer of 2018, the composer made a marriage proposal to the young actress, Katharine McPhee. While waiting for the wedding, scheduled for December, the couple in love willingly shares happy pictures on Instagram and plans for the future with journalists.

It is also known that the "hitman" has an illegitimate daughter, Allison Jones (1970), who works in her father's foundation.

In 2016, performing at Palace Square in St. Petersburg, the musician got acquainted with Ani Lorak and was so impressed with her beauty and voice that he shared his admiration on the social network.

Two years later, the media found out that the Italian singer, Andrea Bocelli, who is also a close friend and favorite singer of David Foster, and producer became the heroes of the documentary film directed by Ukrainian Alina Dianova-Siciliano.

David has divided the music career into three important periods. Nowadays he intensely develops the last of them - the creation of musicals for Broadway:

"Now I do not need to write a hit song, and a good one is enough."

He performs on television actively. The artist participated in the reality show, was a mentor in music competitions. He was a guest in the famous Oprah Winfrey Show, starred in the series The Real Housewives. Since 2015 he has been an 'Asia's Got Talent' judge.

The celebrity’s height is 181 cm, the weight is 68 kg, and according to some reports, his fortune is estimated at more than $ 45 million.

He organized the foundation in 1985. It is still functioning and helping people, providing financial support to families with children who need spare-part surgery. 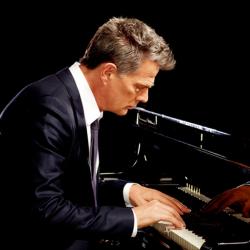